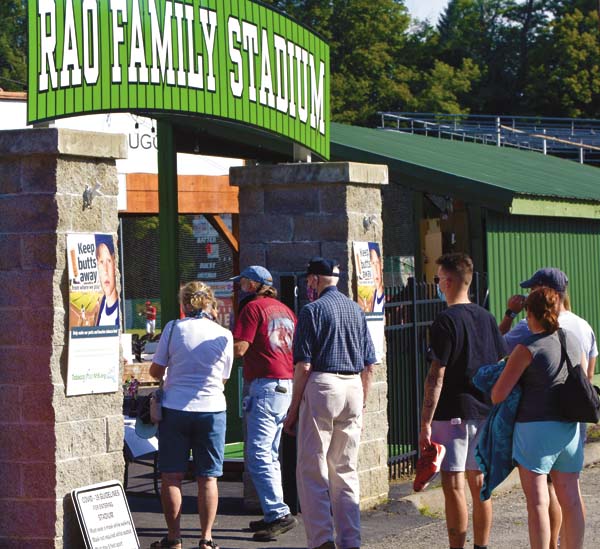 Family members of the roster players or fans preregistered for the Shuttleworth Dining Expereince practice social distancing as they check in at the main gate for Monday's Independent Collegiate Baseball League game between the Amsterdam Mohawks and the Albany Dutch. The only option to watch a game at the park is through a dining option where all NYS Outdoor Restaurant Guidelines will be followed. No general admission tickets will be sold this season due to the coronavirus mandates. (The Leader-Herald/James A. Ellis)

Amsterdam won both games of the twinbill, taking the first game 7-4 and completing the sweep with a 7-3 win in game two.

In the opener, Nick Kondo had a pair of hits for Amsterdam, including a two-run double.

Dan Parslow, Brian Hart and Reilly Hall all had RBI singles for the Mohawks, while Devin Dissonel and Jake Reinisch each had an RBI.

Nick DeBrino had a two-run double for Albany. 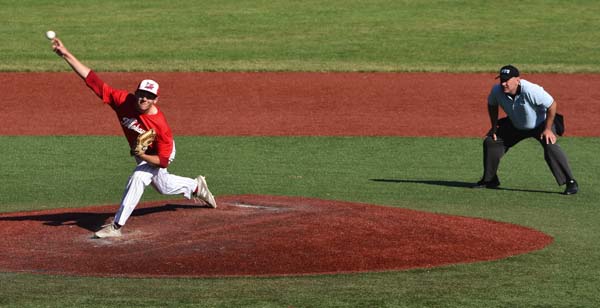 Amsterdam Mohawks' pitcher Jason Savacool delivers as the 'home plate umpire' looks in to make the call from behind the pitcher's mound, where he will be stationed during games due to the coronavirus pandemic protocols in place to allow the teams to play an abbrviated season. (The Leader-Herald/James A. Ellis)

In the second game, Amsterdam scored all seven of its runs in the sixth inning to rally for the 7-3 victory.

Hart had a two-run single in the sixth inning for the Mohawks (2-0 overall), while Kondo added a solo home run.

Luke Gold had a two-run home run in the first inning for Albany (0-2 overall).

In the other games on opening night in the Independent Collegiate Baseball League, the Albany Athletics swept the Glens Falls Independents in a doubleheader at East Field.

The Athletics won the first game 8-5 and the second game 3-1. 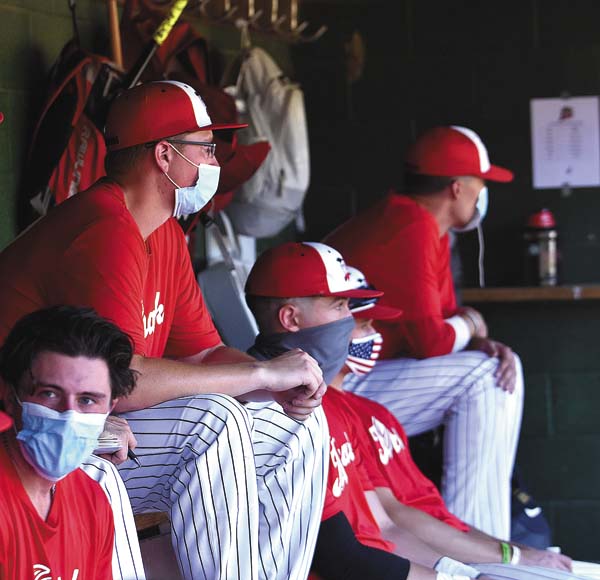 Members of the Amsterdam Mohawks wear masks as they watch the Independent Collegiate Baseball League game against the Albany Dutch from the the home-team dugout at Rao Family Stadium at Shuttleworth Park in Amsterdam on Monday. (The Leader-Herald/James A. Ellis)

Glens Falls will face the Albany Dutch in a doubleheader Wednesday at Shuttleworth Park. The first game is set to begin at 5 p.m.

The Mohawks are slated to return to action Thursday, hosting the Albany Athletics in a doubleheader at Shuttleworth. The first game is slated to begin at 5 p.m. 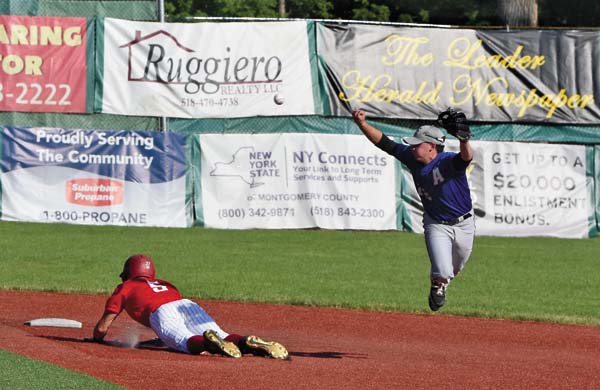 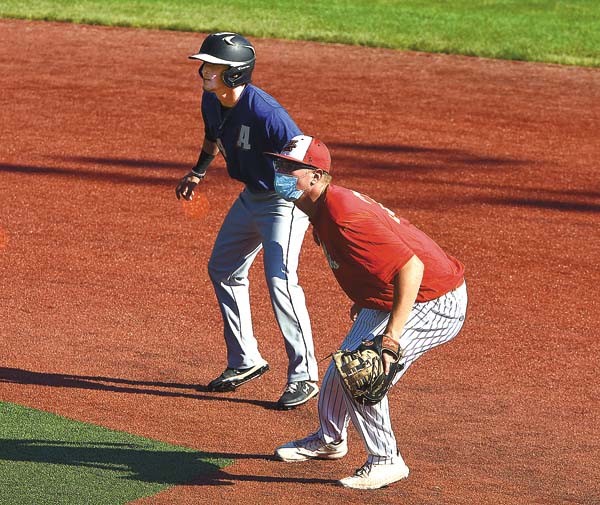