AMSTERDAM — After sweeping the Albany Dutch in their season-opening doubleheader on July 6, the Amsterdam Mohawks have gone winless since.

The Mohawks’ losing streak hit four games Monday as they dropped both ends of an Independent Collegiate Baseball League doubleheader to the Albany Dutch.

Amsterdam dropped the first game at Rao Family Stadium at Shuttleworth Park by a 9-4 margin and the second game, 11-1.

The Mohawks had Saturday’s doubleheader at Glens Falls rained out and hadn’t played since losing both ends of a doubleheader against the Albany Athletics last Thursday.

Amsterdam got out to a quick start Monday as Cameron Collett led off with a single and scored on a two-run home run by Brian Hart in the top of the first inning. 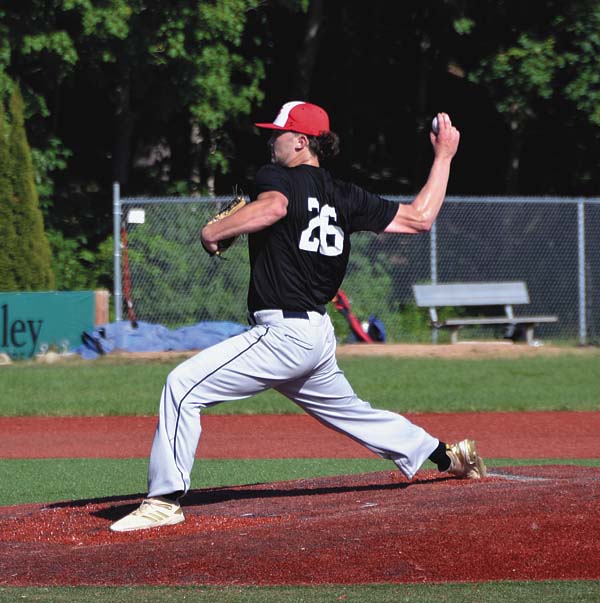 Amsterdam's John Mikolaicyk throws to the plate during the first game of Monday's Independent Collegiate Baseball League doubleheader against the Albany Dutch at Shuttleworth Park in Amsterdam. (The Leader-Herald/Paul Wager)

Albany, which served as the home team on the Mohawks’ home field, answered with four runs in the first and three in the second to take a 7-2 lead.

Amsterdam scored once in the third as Nick Marola plated Joe Novenche with an RBI single to make it 7-3.

Albany scored its final two runs in the bottom of the third to take a 9-3 advantage.

Ben Lavery had a solo home run in the top of the seventh for Amsterdam’s final run.

In the second game, Albany scored four times in the first on its way to a lopsided 11-1 win. 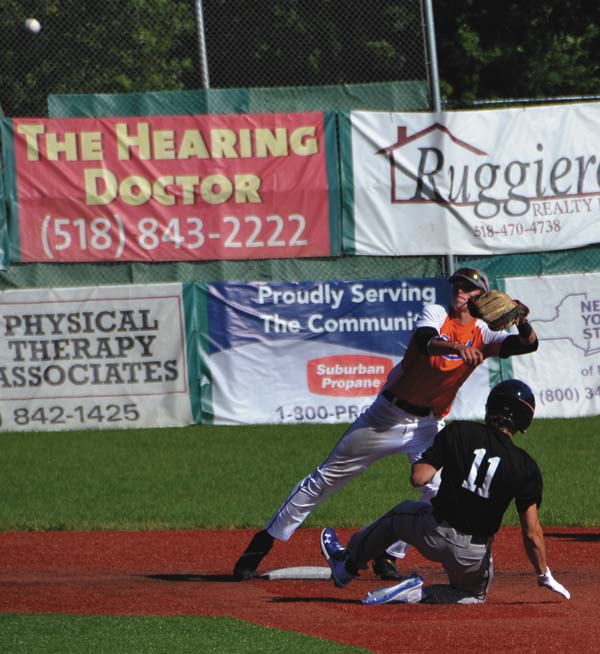 Luke Gold had a three-run home run in the second inning for the Dutch, who also added two runs in the third to grab a 9-0 advantage.

Adam Zebrowski smacked a two-run home run in the fifth to push Albany’s lead to 11-0.

Amsterdam scored its lone run in the sixth when Nick Kondo scored Novenche with a sacrifice fly.

Amsterdam (2-4 overall) is scheduled to host Glens Falls in a doubleheader on Thursday at Shuttleworth Park. The first game is slated to begin at 5 p.m.

Albany (4-3 overall) will face the Albany Athletics in a doubleheader Wednesday at Shuttleworth Park at 5 p.m.

The Athletics are unbeaten this season, improving to 7-0 with a doubleheader sweep of Glens Falls on Monday. The Athletics won the first game, 4-3, and the second game, 15-0.