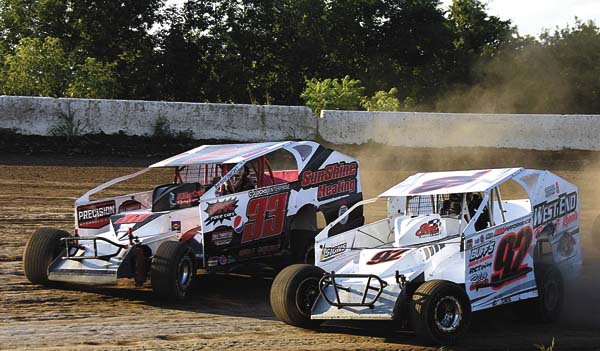 Buff picked up the sportsman division victory Friday night at Albany-Saratoga Speedway and kept the momentum going in his favor Sunday, capturing the 30-lap Red Chair 602 Crate Sportsman feature at The Ridge. 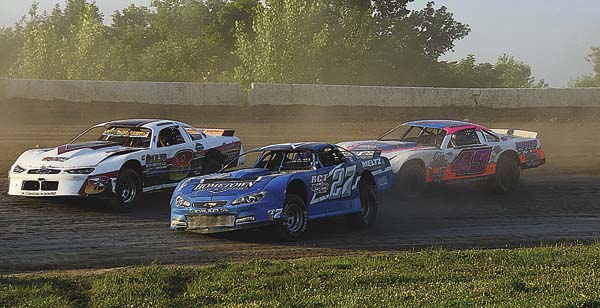 Tucker O’Connor and Cody Ochs brought the field of 18 602 Crate Sportsmen to the green with O’Connor gaining the early advantage.

Buff used the high side of the speedway to move from his fifth starting spot into the lead on the fourth lap.

Buff survived challenges from O’Connor, Scott McCoy and Travis Green in a series of restarts.

Buff built a solid lead and needed all of it as the frontrunners encountered heaving traffic in the final 10 laps.

McCoy used the traffic to his advantage, getting past O’Connor with two laps left but could not run down Buff before he became the seventh different winner in as many weeks. 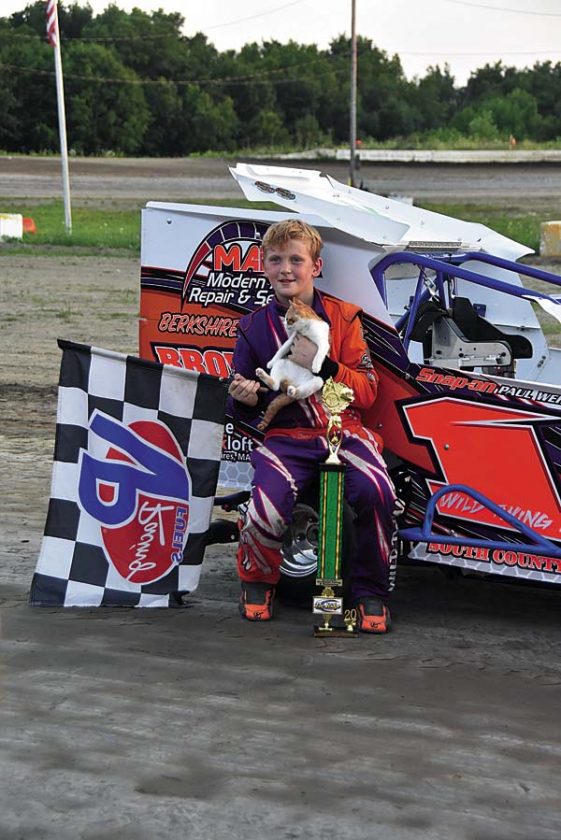 O’Connor held off Green and Justin Buff for third. Ochs, Tony Farone, Bill August, Don Bellen and Joe Orlando round out the top 10.

Beau Ballard set the early pace over Aiden Demorest and Ivan Joslin. Stone picked his way from his eighth starting spot into fourth before the caution flew on lap four.

Ballard chose to restart on the outside of the front row with Stone directly behind him.

The move worked as Ballard held Stone at bay until the leaders encountered lapped traffic, which Stone used to get past Ballard with eight laps to go.

Ballard had a final shot at the leader when the caution flew with five laps remaining.

With a clear track in front of him, Stone pulled away, leaving Ballard to battle with Luke Horning for the runner-up spot.

Stone passed under to checkers to collect his third win of the season at The Ridge along with the big payday of $1,100 from Yurkewecz Auto Crushers and a winner’s bonus from the Man With The Red Chair.

Ken Allen led the opening lap of the 15-lap street stock feature before Anderson took the lead on the second circuit.

Anderson held off Adam Tranka for the victory, while Kaleb Shepard, Allen and Harley Shepard complete the running order.

Josh Samrov showed the combined field of 14 mini stocks the fast way around the speedway for the first two laps before Kane took the point on a lap three restart.

Samrov and Cole Lawton kept Kane within striking distance as they battled for second.

Kane was first under the checkers for the sixth time this season, with Samrov holding off Lawton for second with Brandon Tyler fourth.

VanAllen was fifth under the checkers and the first single-cam cruiser.

Venditti and Stephen Gray waged a race-long battle for the top spot in the limited sportsman feature with Venditti leading all but one lap as Gray edged him to lead lap 16.

Venditti got the lead back a lap later and held on in a one-lap shootout to notch his first win of the season.

Corky Warner grabbed the early lead in the Junior Slingshot feature before contact between Warner and Brock Pinkerous sent Warner spinning in front of the field.

The race was red flagged as Sloan Cherko got caught up in the melee and barrel rolled her slingshot after making hard contact with the first turn wall. She was uninjured in the accident.

With Warner and Pinkerous restarting at the back of the pack, Liam Jackson took over the top spot with Lucas Duncan and Twing in close pursuit.

Twing made his move with three laps remaining, hitting the finish line in a dead-heat with Jackson before pulling ahead to record his third win of the season. Jackson turned back a late challenge from Duncan to finish second with Cole Conrad fourth and Pinkerous fifth.

Nick Auspelmyer led the opening 11 laps of the 15-lap All-Star Slingshot feature before Cherko won a two-lap side-by-side battle to take the point with two laps to go. Danny Ballard found his way past Auspelmyer to grab the runner-up spot behind Cherko. Mike Hill was fourth with Tavien Blowers fifth.