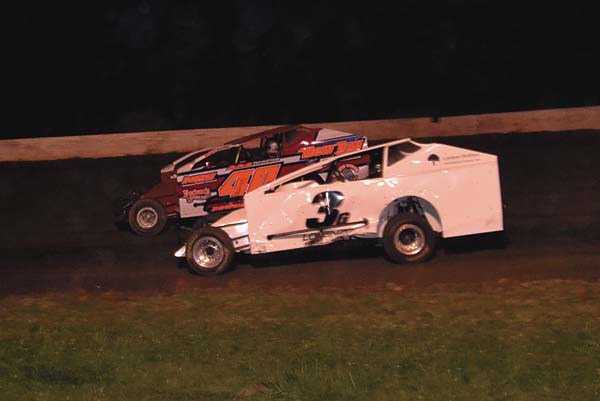 On a night when double points were on the line, there was plenty of take on the track and not much give.

The 30-lap 602 sportsman feature was slowed by a whopping 12 cautions as long green flag runs were sparse at best.

August and Joe Orlando swapped the lead several times on the many restarts, with August taking control over the late stages to claim his first career win in the division. 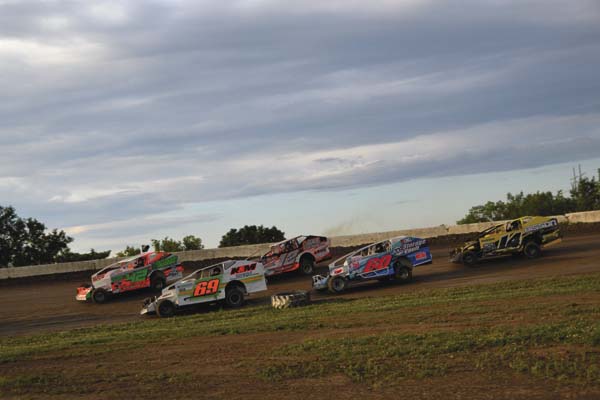 After a dozen cautions slowed the 602 sportsman, four more were part of the 20-lap pro stock feature.

After spinning early in the main event, Joslin clawed his way back through the field, taking the lead near the midway point of the feature. He was joined at the front by Nick Stone and the two battled door-to-door to the checkered flag, with Joslin claiming his first win of the season.

The 15-lap street stock feature saw Mosher go from third to first on the final lap to claim his first win of the season. 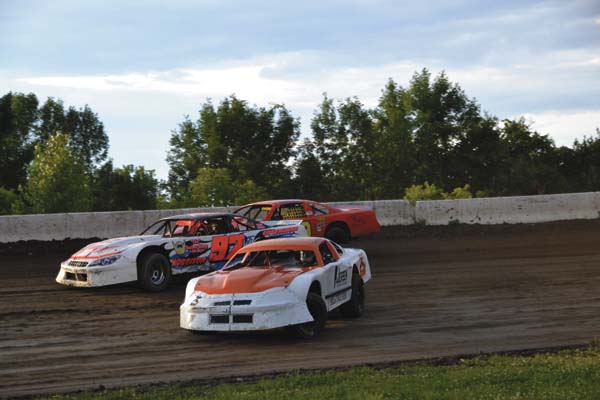 Coming out of turn two on the final lap, Mosher saw leader Harley Sheppard and second-place runner Kenny Allen tangle. Mosher snuck by on the inside to claim the victory.

The limited sportsman feature saw Lorenzo pick up his first win as he drove to the front from his sixth-place starting spot.

Issac Walker would sit on the pole for the 20 lap limited sportsman feature. However, Garrett Poland wouldn’t wait long to pounce as he took away the lead out of turn two. Off of a lap four yellow for Walker going around it turn four, Peter Lorenzo III was on the charge and he would work around Poland on lap 12 and pulled away to take his first career win. Troy Zilles got around Poland for second in the last few laps. Poland would finish third, James Venditti and Shane Larman would finish fourth and fifth, respectively. 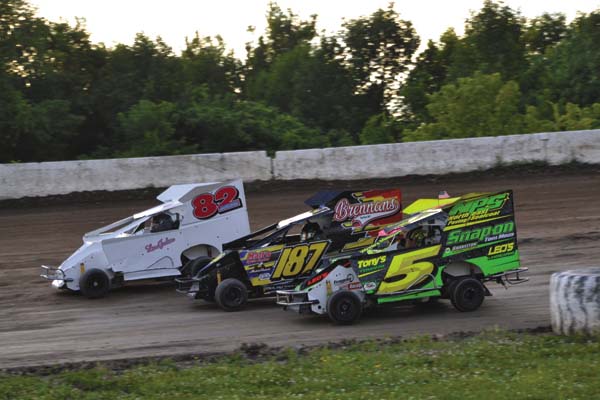 Auspelmyer survived the caution-filled, 15-lap all-star slingshot feature to post his first career win in the division at the track. Scott Sprague was second, Dan Ballard was third, Brett Putnam was fourth and Mike Hill completed the top five.

Kane remained unbeaten in the mini stock dual cam class, claiming his fourth victory in as many starts this season. Slappy White was the runner-up, followed by Josh Samrov, Kerrie Hollenbeck and John Napoli.

Young notched his second win of the season in the mini stock single cam division. Zach McSpirit was second, Wayne Russell Jr. was third, Ray Tarantino was fourth and Althea Roy was fifth.

Glen Ridge is scheduled to be back in action next Sunday. The Slingshot by Tobias Empire Series will visit the track, while the pro stocks will have the week off. Pit gates are set to open at 3 p.m., while the grandstand gates will open at 4 p.m. Hot laps are slated for 5:30 p.m. and racing will kick off at 6 p.m. 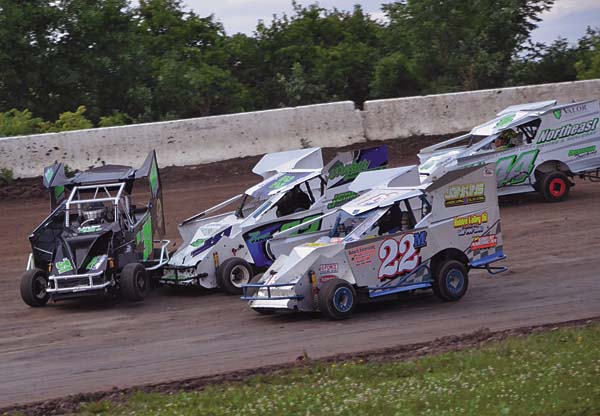 Darryn Fallis, left, gets turned sideways in turn two by Connor Hill as Dan Ballard (22M) sneaks by on the inside and Brock Pinkerous (44) heads around the outside dung all-star slingshot action Sunday at Glen Ridge Motorsports Park in Fultonville. (The Leader-Herald/Paul Wager)

Ivan Joslin and Nick Stone (27) race for the lead during the pro stock feature Sunday at Glen Ridge Motorsports Park in Fultonville. (The Leader-Herald/Paul Wager) 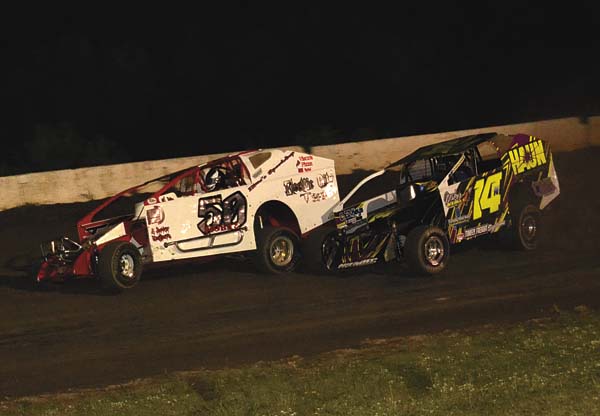 Bill August (50) and Joe Orlando (14) battle for the lead during the 602 sportsman feature Sunday at Glen Ridge Motorsports Park in Fultonville. (The Leader-Herald/Paul Wager) 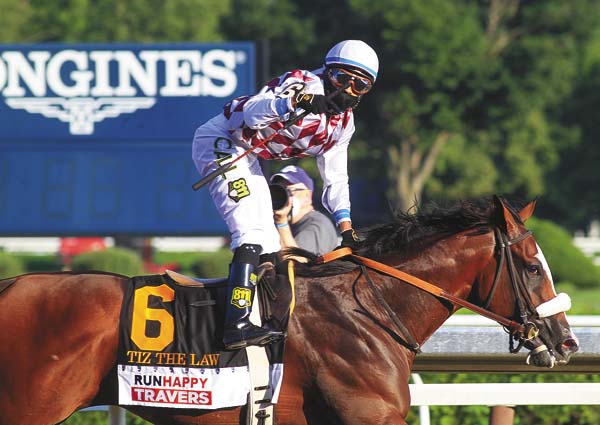 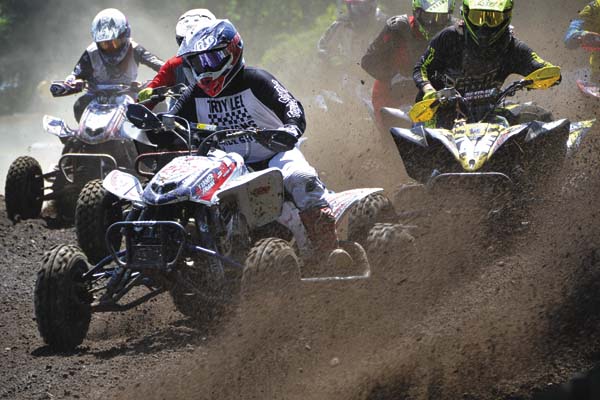 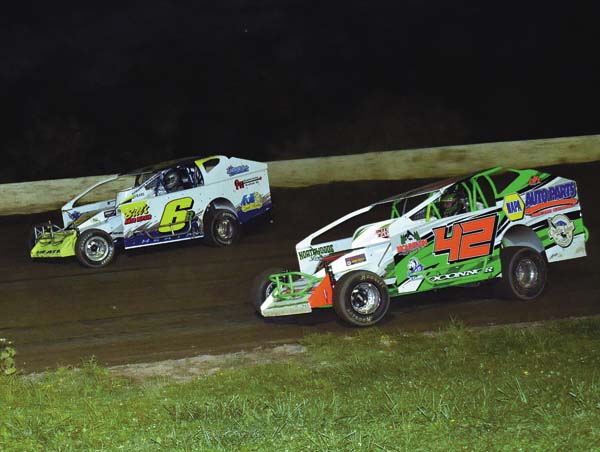 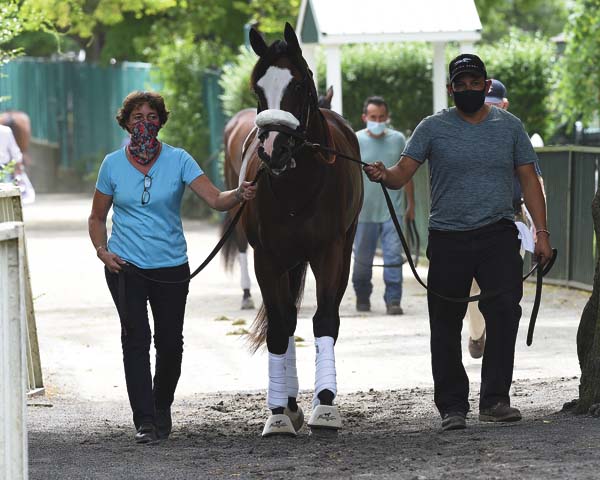