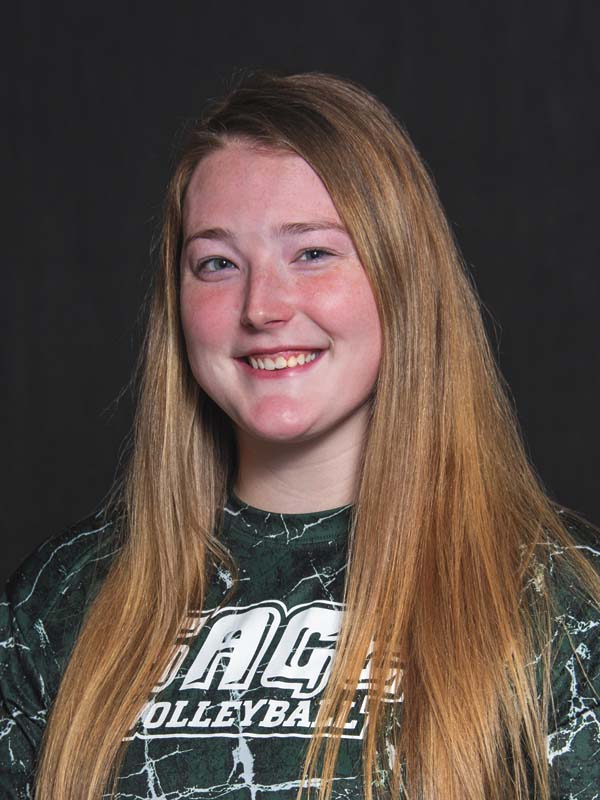 As a member of the 2019 team, she capped the year with a selection to the Empire 8 honorable mention team as a hitter.

Nethaway arrived at Sage as a sophomore on the 2017 team, after transferring from Fulton-Montgomery Community College, where she was a Dean’s List student.

In her first season on the Sage volleyball court, she racked up 207 kills with 40 digs and 266.5 points. She played in all 32 matches in 111 sets with 10 setting assists, three aces and had an impressive 94 total blocks. Nethaway averaged 0.85 blocks per set in 2017 and led the team in points, total blocks and kills.

In 2018, Nethaway had an impressive year with the Gators and finished the season with a personal-best 200.0 points.

She had 684.0 career points in 291 sets played over the course of 85 matches. She tallied 166 career digs and also finishes with a 1.82 career kills per set average that ranks 14th all-time at Sage.

Nethaway majored in law and society with psychology at Sage and earned Dean’s List acclaim before earning her undergraduate degree from Sage in 2019.

Nethaway is currently in the graduate school at Sage. She was also selected for the 2017-2018 and the 2018-2019 Empire 8 Presidents’ List. Nethaway is a two-time honoree as a member of Sage’s Athletic Honor Society.