A victim of pandemic, Gordmans to close 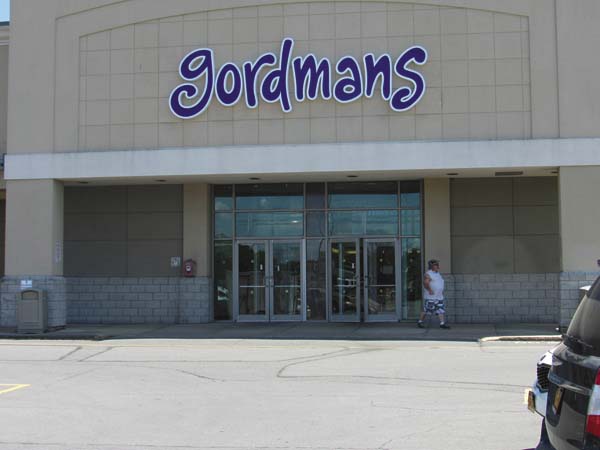 Gordmans department store at the Johnstown Mall, pictured Monday, plans to shut down by September due to the COVID-18 pandemic. (The Leader-Herald/Michael Anich)

JOHNSTOWN — The Gordmans store at the Johnstown Mall that rose from the ashes of Peebles in February is now planning to permanently close its doors — possibly in September — due to the economic impact of COVID-19.

Kayla Hinkle, one of the Gordmans’ managers, verified Monday that the department store plans to close. She said employees have been told September.

“We don’t have a set date,” Hinkle said.

The store was temporarily closed for awhile to the public due to the pandemic. But Hinkle said the store is now back open, having reopened June 4.

Hinkle said the store is also open for “bids and buyers,” as it looks to eventually liquidate its inventory. The amount of local employees impacted wasn’t known Monday.

Gordmans – part of the Stage Stores, Inc. retail chain – opened with much fanfare Feb. 18 after the 224 N. Comrie Ave. spaces that were previously occupied by Peebles for many years had been closed.

Stage in May filed voluntary petitions under Chapter 11 of the Bankruptcy Code in the U.S. Bankruptcy Court for the Southern District of Texas, Houston Division. The company simultaneously solicited bids for a going concern sale of the business or any of its assets and initiate an orderly wind-down of operations. The company said in May it would terminated the wind-down of operations at certain locations if it receives a viable going-concern bid.

But coronavirus hit Stage hard, as articulated in a message online from Michael Glazer, president and CEO of Stage Stores, to his customers.

“We recognize how hard the last few months have been on our guests and our associates. Glazer wrote. “Like many others, our business was significantly impacted by COVID-19. We temporarily closed all of our stores as we have worked to manage through this challenging environment. Despite all of our efforts, we have been unable to obtain necessary financing to continue operating as an independent business.

“We have therefore filed voluntary petitions under Chapter 11, as we simultaneously run a sale process for our business or any of our assets and initiate an orderly wind-down of our operations,” the CEO stated. “We hope our actions over the last several months to reposition the business will attract the right partner who is interested in our off-price concept. If we receive a viable bid for the business, we will terminate our wind down of operations at certain locations. This is incredibly difficult news to deliver and it is a decision that we came to after exhausting all other options.”

The opening of Gordmans on Feb. 18 was a positive event for the Johnstown community and the Johnstown Mall. The event was replete with a ribbon cutting staged by the Fulton Montgomery Regional Chamber of Commerce, local officials’ speeches and citations read by state legislators and their representatives.