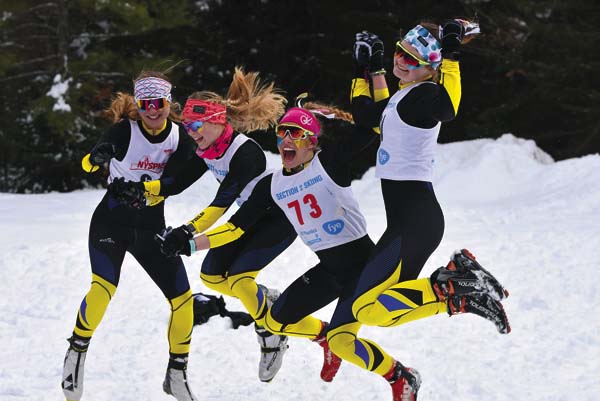 LATHAM — The New York State Public High School Athletic Association announced its winter 2019-20 Scholar-Athlete teams and individuals. This is the 28th year the NYSPHSAA has conducted the Scholar-Athlete program, which is sponsored by Pupil Benefits Plan, Inc. and the American Dairy Association North East.

In addition to the team winners, a total of 265 local athletes earned individual scholar-athlete awards.

Wells had its girls basketball team earn a team award and seven of its players earn individual honors.

Oppenheim-Ephratah/St. Johnsville did not have any teams honored. OESJ had a total of nine competitors from its boys bowling (5), competitive cheerleading (1) and girls basketball (3) teams earn individual honors.

Amsterdam, Broadalbin-Perth, Dolgeville did not have any individuals or teams honored this winter.

This winter, NYSPHSAA recognized 2,475 Scholar-Athlete teams and 30,497 individuals. A total of 569 schools across the state participated in the Scholar-Athlete program. Inc.

If a team did not qualify for the award, student-athletes who earned an individual GPA of 90 or above are still recognized as scholar-athlete individuals.

“Congratulations to the Scholar-Athlete teams and individuals from the winter 2020 season,” NYSPHSAA Executive Director Dr. Robert Zayas said in a news release. “The Scholar-Athlete program continues to be one of the most rewarding endeavors we encourage here at the Association. The winter season was extremely challenging this year, so to see this many student-athletes honored for their work in the classroom is truly rewarding.”

Due to the cancellation of the spring sports season and the closing of schools for the rest of the academic year, the spring 2020 scholar-athlete program has been cancelled.

The NYSPHSAA is hopeful that the program will return in the fall of 2020.