Instead of campers and riders hauling in from around the Northeast and filling the air with the sound of dirt bikes and laughter around a campfire, the mountain will be silent this weekend.

Due to mandates surrounding the coronavirus pandemic pertaining to large gatherings and recreational events, the management at Royal Mountain has cancelled the Central New York Motocross Racers Association (CNYMRA) District 3 event that was scheduled for today at Sunday.

After having the season-opening races plagued by wet weather the past few years, Royal Mountain owner Jim Blaise joked, “Of course it is supposed to be sunny both days so you knew that was going to happen.”

The cancellation marks the eighth event on the CNYMRA schedule to be cancelled or postponed so far this season including the Tri-Series championships. 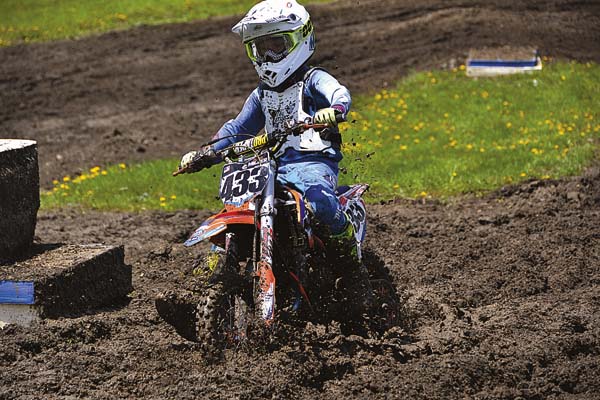 Royal is also scheduled to host a CNYMRA double-points event on June 7 as well as hosting its popular Wednesday night Monster Energy Drink Supercross season the first week in June.

“Right now, we can’t run and it is day-to-day and month-to-month after that,” Blaise said. “The state has said under no circumstances can you run.”

When racing is cleared to resume, social distancing mandates could allow racing with limited crews and no spectators to cheer the riders on.

A possibility that Blaise is not a big fan of.

“We can’t run without spectators,” he said. “Not that we get a ton of them but it is expensive with the ambulance and the insurance. If you can’t have spectators, I don’t see how we could run; especially Wednesday night’s when there are a lot of spectators.”

As the state phases activities back from being shut down since early March, recreational events like motocross are among the items listed in the final phase.

“The whole season is on hold. Phase four is a possibility, maybe in time for snow drags,” Blaise said.

Riders and spectators are asked to check the Royal Mountain and CNYMRA websites and Facebook pages for updates.