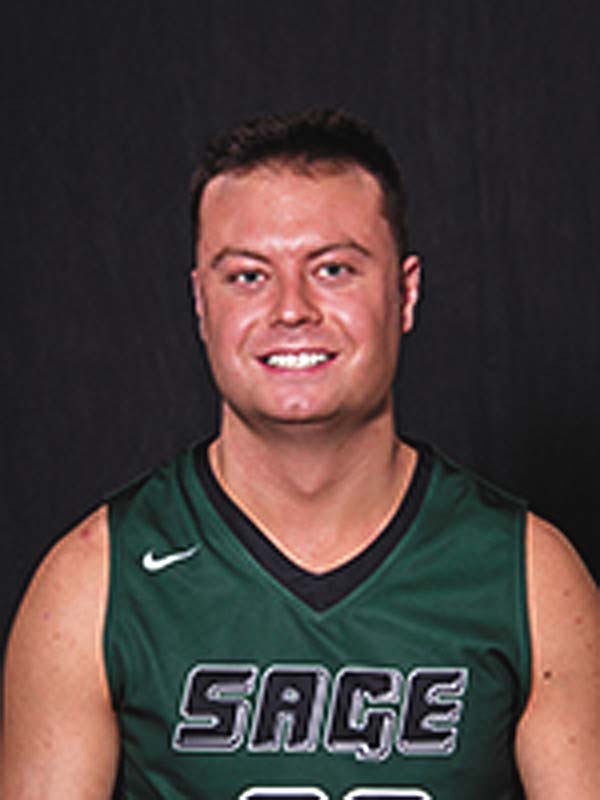 ALBANY — The Sage Colleges’ department of athletics announced the recipients of the department’s annual awards. The department selected senior men’s basketball player Joshua Gonzalez (Canajoharie) as the 2019-20 Male Dean Robinson Scholar-Athlete of the Year as the senior with the highest cumulative grade point average.

“Our coaching staff congratulates Josh on a tremendous honor in being recognized as Sage’s Male Scholar Athlete of the Year.” Sage Head Men’s Basketball Coach Brian Barnes said ina news release. “Josh exhibits a daily work ethic, attitude and attention to detail that provide a strong foundation for his success as a person and also as a student athlete. We are proud of Josh and grateful for his tireless and selfless contributions to our program the last two seasons.”

Gonzalez arrived at Sage in 2018-19 after attending nearby University at Albany.

In his first year at Sage, he had five double-doubles and was ranked 66th nationally with his 3.12 offensive rebounds per game average after adding 279 points and 178 rebounds. He averaged 11.2 ppg and 7.1 rpg in 25 games played with 22 starts. His Sage career highs include 28 points against SUNY-Delhi, while hauling in 14 rebounds in a game three times. Four times he was the high scorer, while on 10 occasions he was the Gators’ high rebounder.

As a senior, he started 2 of 20 games played and added 4.4 ppg and 3.9 rpg after battling an injury. He added a 46.4% field goal percentage and helped the Gators earn their first Empire 8 post-season appearance along the way. To date, he has started 24 of 45 games played at Sage, while scoring 366 points with 255 rebounds. He owns a 45.4% field goal percentage with an 8.1 ppg and 5.7 career rebounding average as a Gator. Gonzalez ranks 23rd in overall scoring at Sage, while standing 20th in point per game average in the career record book. His accurate shooting find him 18th in career field goal percentage and 10th in free throw percentage (71.8%), while also ranking 14th in career rebounds. Overall in 2019-20, Sage combined to rank nationally in Division III in the Top 100 in nine different statistical categories including No. 23 in offensive rebounds per game (13.81) and No. 58 in total rebounds per game (41.08).

He is majoring in sports and recreation management at Sage. He has been very active with Sage’s SAAC and was named a 2018-19 NABC Honors Court member in his first year at Sage as well as earning selections to the Empire8 Presidents’ List three times, while also being nominated once again for the NABCA Honors Court this year.