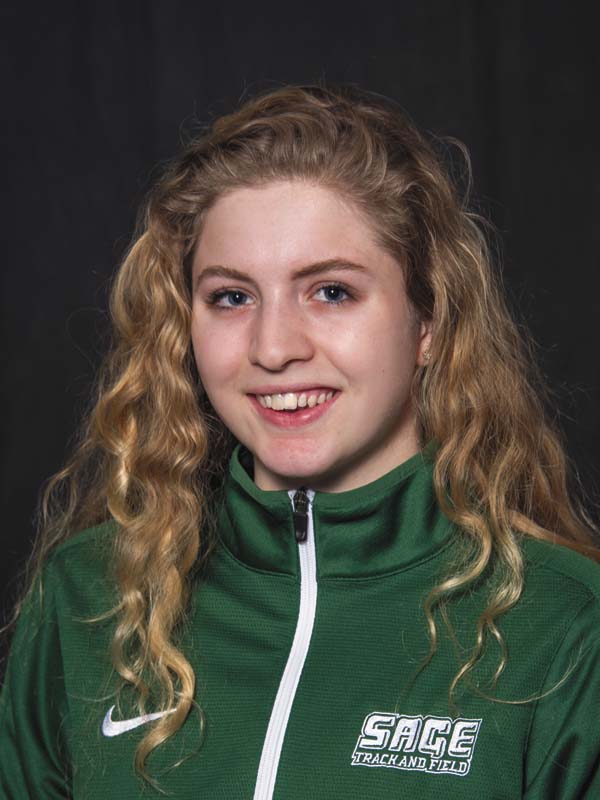 “Joanna is one of the most truly special athletes that I’ve coached.” He added, “She suffered what should have been a career ending injury during her sophomore year, had reconstructive surgery and was told she might not walk correctly again, let alone run, jump or compete in college track,” Sage head track and field coach David Taranto said in a news release. She came back 18 months later and committed herself to rehab and strengthening, ultimately being able to compete in a few meets and making finals in the hurdles at conference. Her senior year was even more impressive as she was not only back to where she was before the surgery, but getting even better, managing to ‘3-step’ her hurdles. She came to practice every day with an incredible attitude, easygoingness, and motivation. While there were certainly hiccups along the way and maybe even a few tears, Joanna embodies what it means to be a member of the track team.”

Back in the spring of 2017 as a member of the Gator track and field teams, she competed in the pole vault. In her first year on the track team, she set the school record in the triple jump while competing at the Capital District Championship in 2017 with a performance of 9.86 meters. She added another school record in her first season setting the pole vault of 2.45 meters competing at the Mt. Holyoke Spring Fling in 2017.

Tavolaro returned to the program in 2019 competing on the outdoor track and field team. Among her personal best efforts last year she was second at the Vassar Twilight Meet in the 100 meter hurdles in 17.59. Tavolaro was 26th in the 200 meter dash in 33.26 at the MSMC Knight Invitational. At the SUNY-Delhi Bronco Invitational, she added her personal best in the long jump with a leap of 4.40 meters to take fourth and was 17th in the 100 meter dash in 15.67.

This past fall back with Sage’s cross country team, Tavolaro posted her best career times competing at the James Earley Invitational, a 5K distance in a time of 27:19.1. She added a personal best in a 6 k distance running the MSMC Invitational with her time of 34:56.5.

An accomplished student-athlete, she was an applied biology and pre-medicine major at Sage. She was named to the 2016 Skyline Conference Scholar-Athlete Team and earned a spot on the Dean’s List at Sage. She was selected to the Empire 8 Presidents’ List three times already and is a member of the Tri-Beta Honor Society at Sage as well as the Athenian Honor Society. She earned her second straight selection to the Sage Athletic Honor Society in 2020.