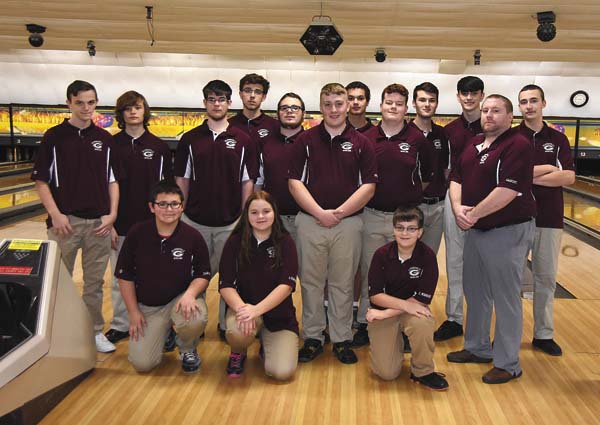 Several area bowlers were among those named to the Foothills Council bowling all-star team.

Gloversville had Adam Loveless, Mark Sgambato, Riley Griffiths and Aiden Carter all named to the first team. The Huskies won the league’s regular-season title. Loveless posted a 210 average, Sgambato had a 211, Griffiths posted a 204 and Carter had a 200.

In addition to its four first-team selections, Gloversville also had Adrian Dorman named to the second team. Dorman posted a 197 average for the Huskies this season.

South Glens Falls’ Dalton Jones was named a second-team all-star after finishing with a 199 average this season.

Scotia-Glenville’s Brett Unser and Glens Falls’ Jocelyn Smith rounded out the second-team selections. Both finished the season with 194 averages.