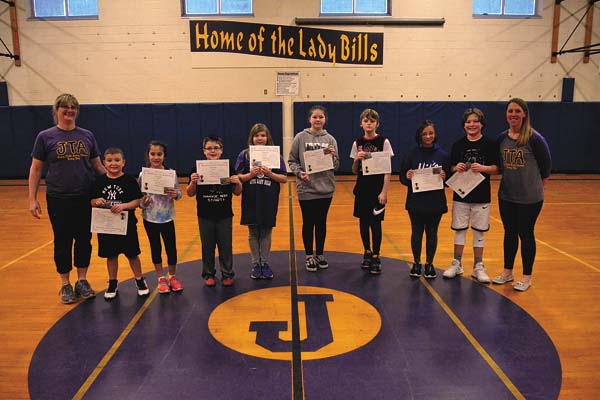 The winners of the Johnstown Elementary School free throw contest are pictured. (The Leader-Herald/Paul Wager)

As a part of physical education classes at Warren Street and Glebe Street, students participated in a basketball unit which focused on the fundamental skills of basketball. In addition, students participated in a foul-shooting contest in their class. The first and second place winners from each class contest were then invited to compete in the district-wide contest at Warren Street.

Several students competed in the district-wide contest this year with the winners making anywhere between three and eight out of 10 foul shots.

Helping out with the contest were Cynthia Cromer, Melissa Blanchard and Olivia Cromer, with assistance from several Johnstown boys and girls basketball players.