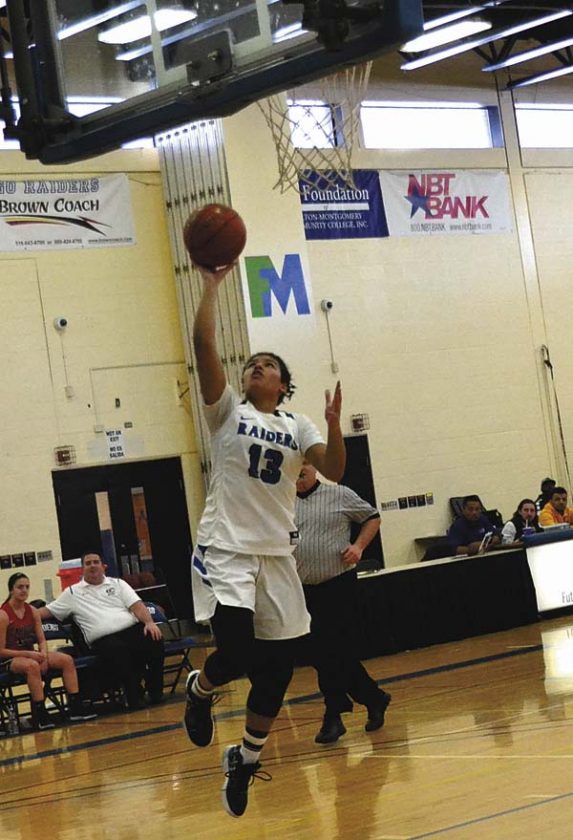 Four Fulton-Montgomery Community College men’s and women’s basketball players were honored by the Region III and the Mountain Valley Conference.

From the women’s team, Niaimani Marshall was named a second-team Region III all-star and a first-team Mountain Valley Conference all-star.

Marshall averaged 15.4 points per game, 7.7 rebounds per game and 5.7 assists per game.

Hasjina Gaddy was named third-team all-conference. Gaddy averaged 13.4 points per game and 10.3 rebounds per game for the Lady Raiders, who finished the season with a 13-11 overall record.

FMCC finished its season with a 5-17 overall record.