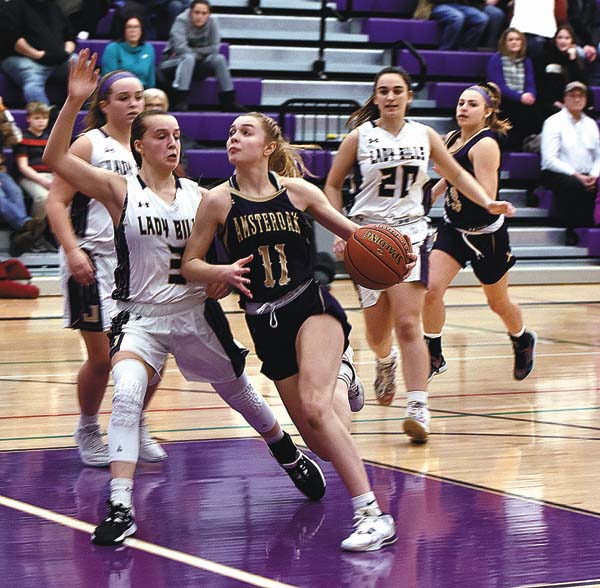 Amsterdam's Andie Gannon (11) is guarded by Johnstown's Sarah Pratt (3) as she drives to the hoop during Foothills Council action Jan. 16 at Johnstown High School. Gannon recently was named a first-team Foothills Council all-star. (The Leader-Herald/James A. Ellis)

Several area players were among those named to the Foothills Council girls basketball all-star team.

Amsterdam had three first-team selections as Jackie Stanavich, Andie Gannon and Antonia May all were honored. 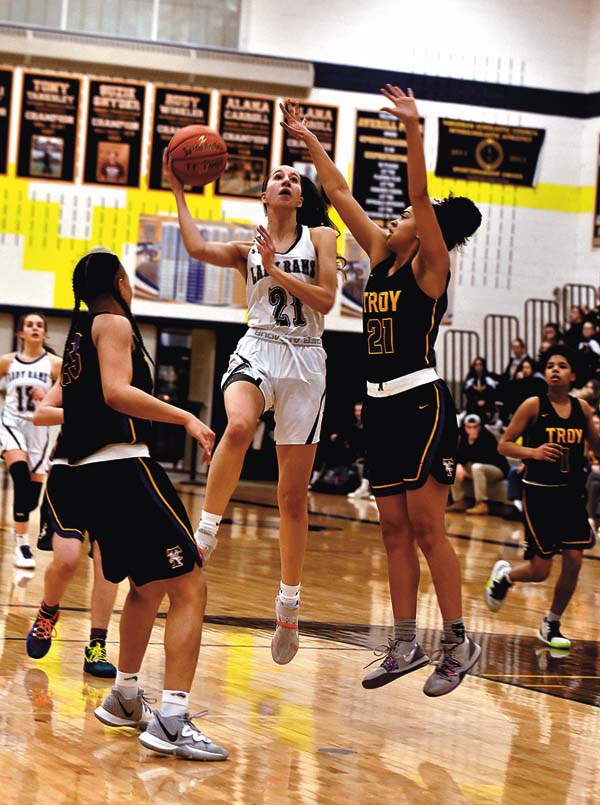 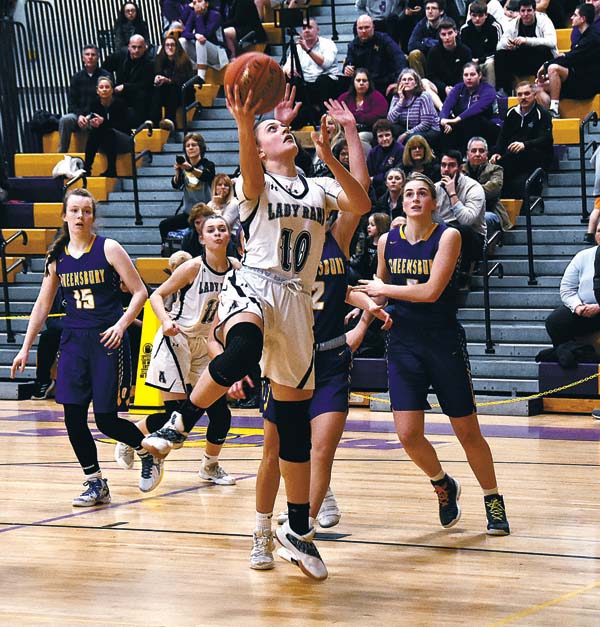 Amsterdam's Jackie Stanavich (10) drives to the hoop for two of her 11 points against Queensbury in Foothills Council action Jan. 3, 2019, at Amsterdam High School. Stanavich recently was named a first-team Foothills Council all-star. (The Leader-Herald/James A. Ellis)