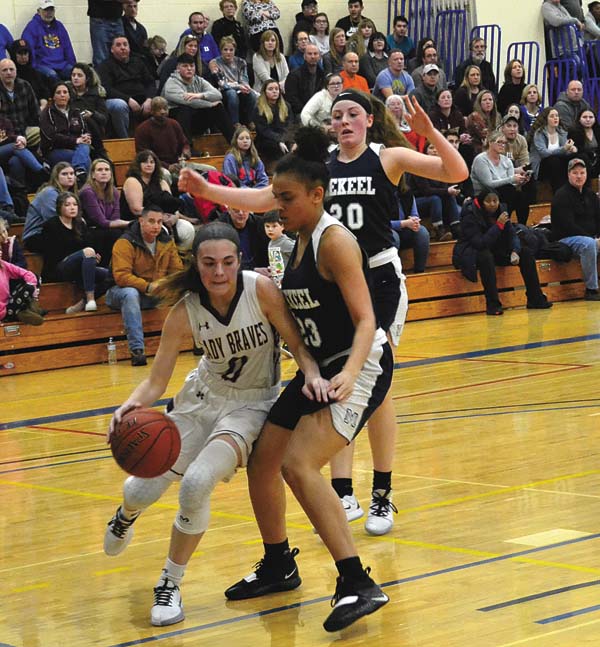 JOHNSTOWN — After losing to Fonda-Fultonville earlier this season, the Mekeel Christian Academy girls basketball team had to wait nearly two months for a rematch.

The Lions made the most of their second chance, posting a 74-49 victory over the Lady Braves in the Western Athletic Conference Cup championship game at Fulton-Montgomery Community College on Tuesday.

“We’ve been hoping that we would get another chance against them since Dec. 10,” Mekeel Christian coach Kelsey Collins said. “It’s always a good game with them.”

In the first meeting, Fonda-Fultonville posted a 57-51 victory on its home floor in the league opener for both teams, sending the Lady Braves on their way to a perfect 12-0 run through the WAC during the regular season. 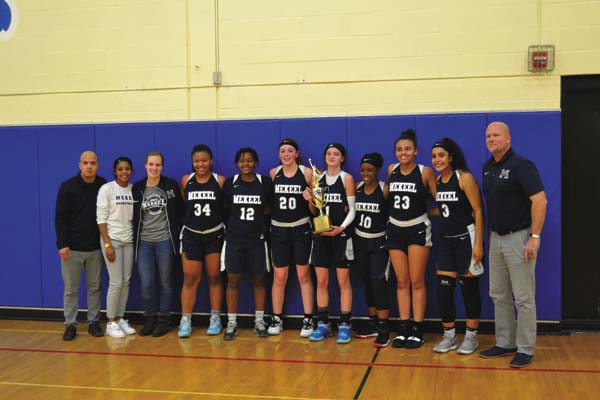 “I think [Mekeel] really wanted this one as a statement, where our girls saw it as, ‘We’ve got to go play, we’ll play this one and then get to the ones that matter [in sectionals],'” Fonda-Fultonville coach Flip Boshart said. “You can’t lose by 25 and think it doesn’t matter.”

“Avery has grown as a player since the first meeting with them,” Collins said. “She was a lot more aggressive tonight.”

The Lady Braves got out of the gates quickly, jumping out to an 8-2 lead in the first 1:37 of the game. 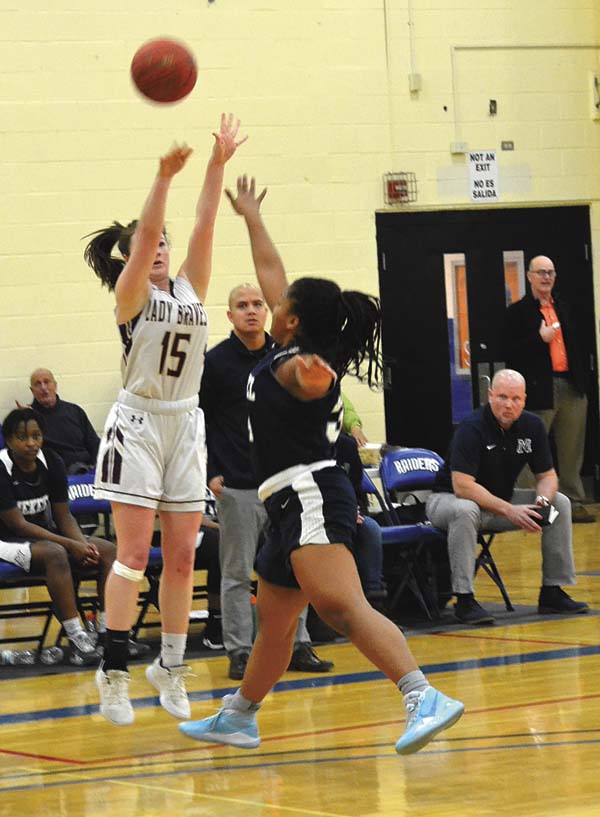 The early surge forced Collins to call a timeout to settle his team.

The Lions responded by closing out the first quarter with an 11-3 run that gave Mekeel Christian a 13-11 lead.

Mills scored six points in the opening quarter for the Lions, while Abby Lombardoni had six first-quarter points for FFCS.

The second quarter saw a back-and forth battle that featured four lead changes or ties in the first 3:34.

“In the first half, we were alright and we hung in there,” Boshart said. 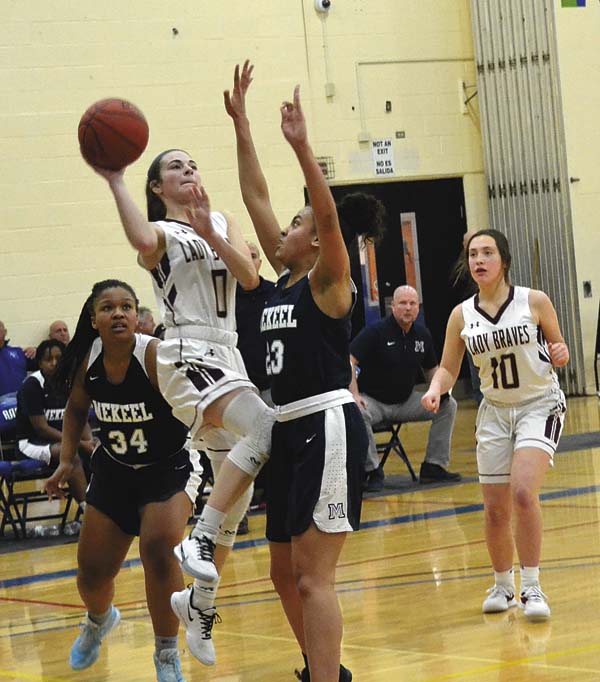 As it did in the first quarter, Mekeel Christian finished strong, using a 14-6 burst to close the half with a 35-27 lead.

Davis hit a 3-pointer for the Lions with 2.5 seconds left in the half to turn a five-point lead into an eight-point lead at the break.

“That 3-pointer that Maraya hit really swung things for us,” Collins said.

Mekeel Christian carried its momentum into the second half, extending its lead to 54-41 in the third quarter.

Mills scored eight points in the quarter to push her total to 25 points through three quarters. 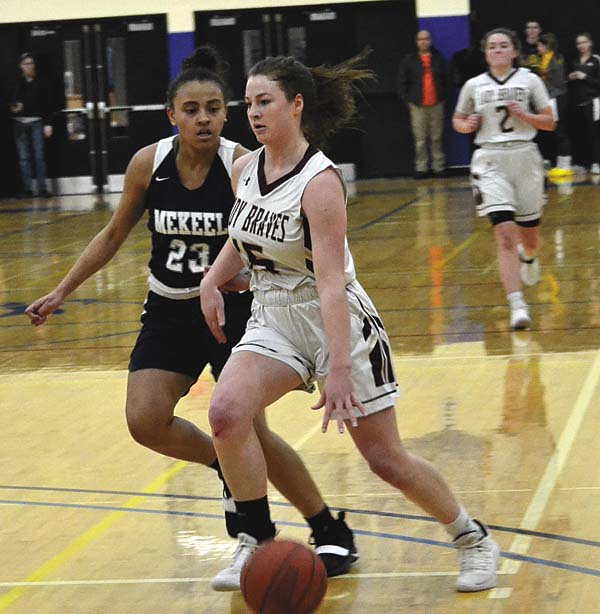 “She could get whatever she wanted tonight,” Boshart said of Mills. “She was really good, really solid for them.”

The Lions quickly put the game out of reach and removed any doubt about the outcome by starting the final quarter with a decisive 13-2 run to open up a 67-45 advantage.

Mekeel Christian went on to win the game 74-49.

“We’ll be fine. I’m not too worried about this loss.,” Boshart said. “It shouldn’t affect our seed too much.”

Both teams now await the pairings for the Section II Class B Tournament, which will be announced today.

JOHNSTOWN — Madison Meyer and Allison O’Hanlon each scored 15 points to lead Duanesburg to a victory over Berne-Knox-Westerlo in a Western Athletic Conference crossover game at Fulton-Montgomery Community College.

The Eagles outscored the Bulldogs 29-20 in the second half to earn the win.