The Hilltoppers, who won the Western Athletic Conference regular-season title, finished with a total of 5,676 pins.

Dillon Perkins had a 1,290 total for six games to lead Fort Edward, while Brenton DeLisle posted a 1,211. Edward Amell had a six-game total of 1,192 for the Flying Forts and Austin Jones posted an 1,172.

Schalmont will represent Section II in the small-school division at the New York State Public High School Athletic Association Bowling Championships next month at Strike N Spare Lanes in Syracuse. The Sabres finished with a total of 6,204 pins to win the Class B title on Monday.

The large-school representative will be decided Thursday with the Class A tournament.

Middleburgh’s Tyler Mann finished with the high six-game total of 1,339 pins. Mann also had the high single with a 268.

Fort Plain’s Anthony Paradiso the second-highest single with a 257.

Stillwater’s Connor Julian had the high three-game series with a total of 713.

Johnstown’s Mick Winton remains among the top six individuals to hold a spot on the Section II composite team.

Winton led the Sir Bills with a six-game total of 1,323 to place fourth at Monday’s Class B tourney. Winton had a 702 in the morning session to post the second-highest triple of the day. Winton’s total is fourth after the first two days of the sectional tournament.

The top six bowlers advance to the state tournament as part of the Section II composite team. The results will be finalized after Thursday’s Section II Class A tourney. 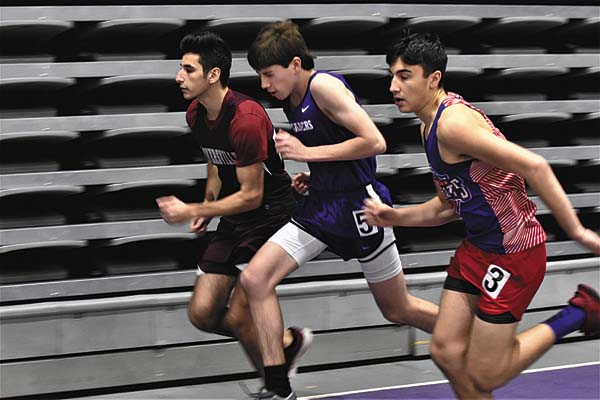