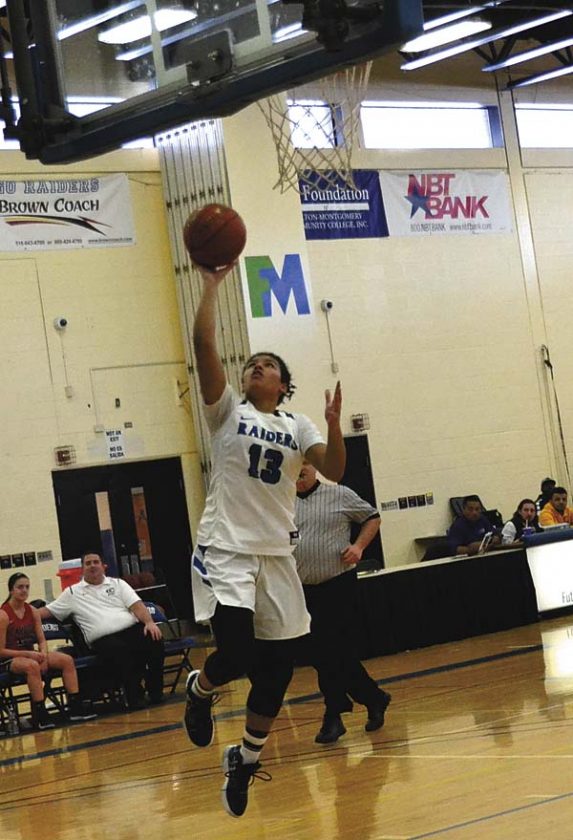 JOHNSTOWN — The postseason got off to a quick start for the Fulton-Montgomery Community College women’s basketball team.

The sixth-seeded Lady Raiders jumped out to a 15-0 lead on their way to a 77-51 victory over 11th-seeded Cayuga Community College on Saturday.

“We got out to a good start today,” Jones said. “That was good to see.”

Gretchen Earl scored 18 points to lead Cayuga, while Tori Mandel had 12 points, eight rebounds and five assists. Jania Freeman had a game-high 12 rebounds for the Spartans. 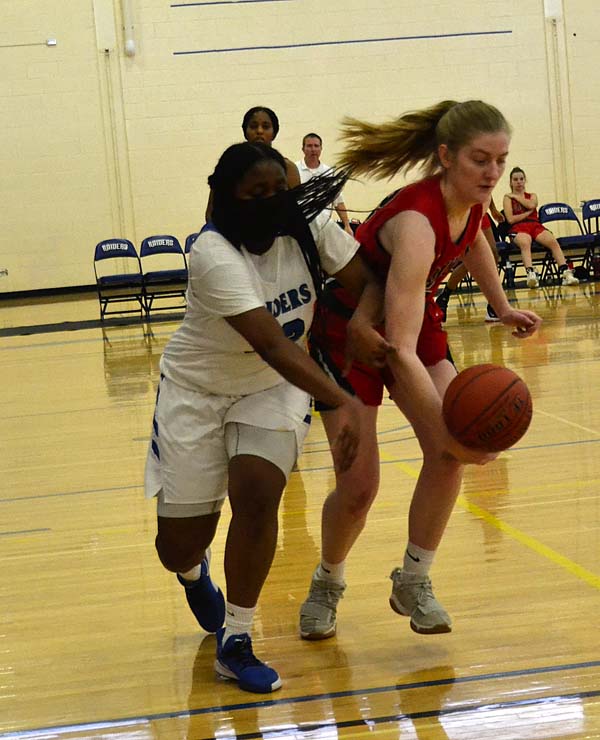 FMCC won the regular-season meeting between the teams, posting a 62-47 home win Dec. 11.

Marshall opened the game with back-to-back 3-pointers for FMCC and she scored 11 of her team’s first 15 points as the Lady Raiders opened up a 15-0 advantage.

A 3-pointer by Cayuga’s Mandel ended the shutout and the Spartans scored six straight points to make it 15-6.

Back-to-back 3-pointers by VanNostrand gave FMCC a 21-6 lead before a late basket by the Spartans’ Earl made it 21-8 after one quarter.

The teams traded baskets throughout the second quarter with the Lady Raiders pushing their lead to as many as 19 points before Cayuga closed to within 40-25 at the half.

FMCC finished the first half 7-for-15 from behind the 3-point line.

“When we’re hitting the outside shot is when we play our best,” Jones said. “We had a lot of different players step up for us today.”

The Lady Raiders also were able to empty their bench with all 11 players getting playing time and nine different players scoring.

“We got up and we wanted to get everyone in their to get some experience playing in regionals,” Jones said.

The second half began much like the first half for FMCC, which scored the first seven points of the third quarter to surge to a 47-25 lead.

The Lady Raiders outscored the Spartans 26-10 in the quarter, ending the frame with an 8-0 run to make it 66-35 after three quarters.

It was the third straight win for the Lady Raiders, who have also won four of their last five contests.

“I like what we’re doing right now,” Jones said. “We’re playing well as a team.”

FMCC (13-10 overall) advances to face third-seeded Herkimer College (18-5 overall) in the quarterfinals Tuesday in Herkimer at 7 p.m. The teams split their two regular-season meetings. The Generals won 88-53 in Herkimer on Feb. 5, while the Lady Raiders posted a 85-71 home win over Herkimer on Feb. 20.

“Now, we’ve got to prepare for Herkimer,” Jones said. “The beat us bad at their place and we beat them bad at our place. All you want is a chance at this time of year and that’s what we’ve got. We’ll go there Tuesday and see what happens.”

Cayuga finished its season with a record of 8-16 overall.