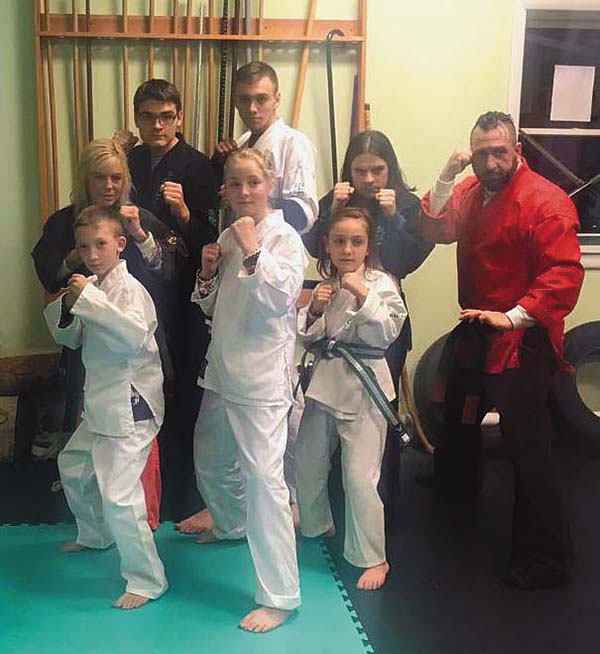 West and Frye both tested for their white belts with a yellow stripe known as eighth kyu. Both of them did an excellent job on their first test in the Martial Arts. Their test was a combination of basic stances, blocks, kicks and beginner self-defense.

Mia Pazzaglia, who is 9, has been training since she was 4 and recently tested for her junior green belt.

“She is moving up in rank at a nice steady pace,” said chief instructor Joe Pazzaglia, who also happens to be Mia’s father. “It’s not always easy teaching your child. It’s hard for them to sometimes make the distinction between dad, and teacher. I leave her test up to our black belts and they ultimately decide on whether or not she passes or fails.”

“This is an extremely difficult time for children and adults in the martial arts who gets to this level,” he said. “It is said that half of all the people who start martial arts quit at the green belt level because this is when it becomes far more difficult and requires significantly more time. Green belt also is where we put the nail in the coffin, so to speak, as an intermediate student and take our first steps into the advanced levels.” 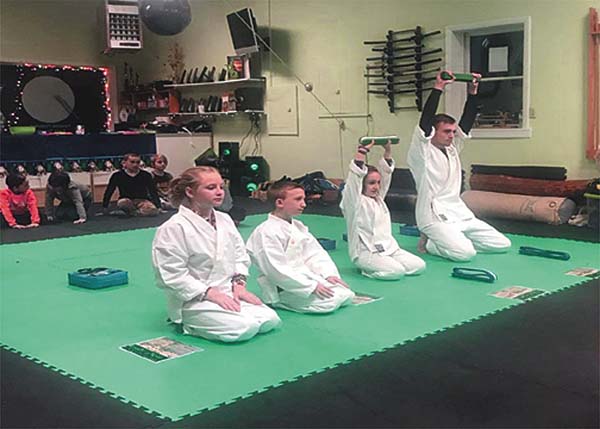 “Brandon has also been training with us for several years and rapidly his way to becoming an extraordinary martial artist with real potential,” Joe Pazzaglia said. “Brandon is actively involved in high school sports and enjoys playing lacrosse and was one of the captains of the football team. I thoroughly enjoy working with Brandon. He has a great attitude, trains hard but is always humble, said Pazzaglia.”

“The adult and junior green belt tests aren’t really all that much different from each other in terms of content and the number of repetition,” Joe Pazzaglia said. “They are both held to a far higher standard and required to demonstrate their techniques, forms, self defense and fighting with far more proficiency. I am extremely excited about taking these two to the next level and seeing them evolve into even better martial artists. It’s not going to be easy by any means, but I truly believe they have the what it takes to make it through. They are starting to recognize all the benefits that come from the martial arts besides just what they do physically. I encourage all parents to get their children involved in martial arts. If you look at the recent tragedies in our area they are just sad reminders that anything can happen anytime, anywhere, even in a small community.”

For more information, contact Pazzaglia’s Kenpo Karate on Facebook, call (518) 775-0695 or visit their facility at 81 Briggs St. in Johnstown.