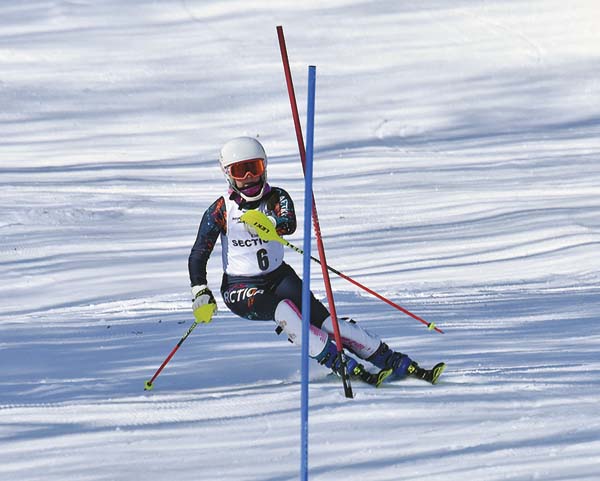 Johnstown's Emily Fleming makes her way through the slalom course at the 2019 Johnstown Invitational at Royal Mountain. (The Leader-Herald/James A. Ellis)

After sending several skiers to last year’s state meet, the area’s alpine and nordic ski team are looking for similar results this season.

After struggling with numbers in recent seasons, Canajoharie won’t field a nordic ski team this year.

Madison Relyea leads the way for the Lady Panthers, having qualified for the state meet in each of the last three years. 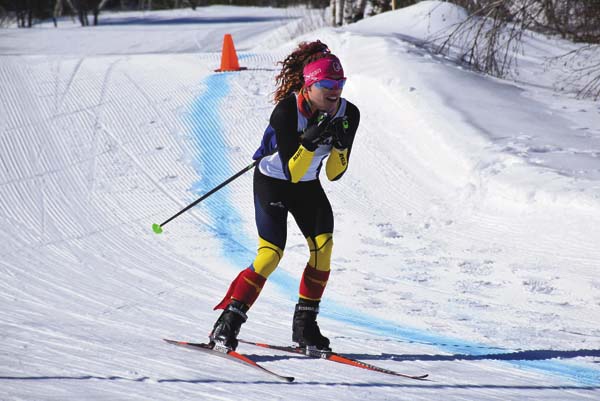 Mayfield, which placed second at last year’s girls state meet, is off to a strong start this season, picking up wins in several meets so far this season.

“The team is a great mix of experienced skiers and promising beginners,” Mayfield coach Ryan Bornt said. “The early winter weather has us look forward to a fun and competitive season racing against our Section 2 rivals.”

Lake and Tyler Kortz are gone from last year’s team, while Fleming is out with an injury this season.

“Coming off a very successful 2018/2019 season, my expectations for this year are very high,” said Johnstown coach Jeff Krempa, who will be assisted by Shawn Cotter. “The team has been working hard and definitely wants another strong showing throughout the season and at sectionals. Last year we had three athletes compete at the state meet, the goal is to definitely be there again.”

“We only lost two experienced skiers from last year’s team, however, they were two of our better skiers,” Johnstown coach Matt Brower said. “This year we have a very good mix of experienced skiers and beginers We have some very good athletes on the team, we just need to improve on technique and conditioning. Most of the new members of the team were on the modifed team last year and should do much better this year.”

Broadalbin-Perth will by coached by Maggie Miller and Matt O’Brien in its first season.