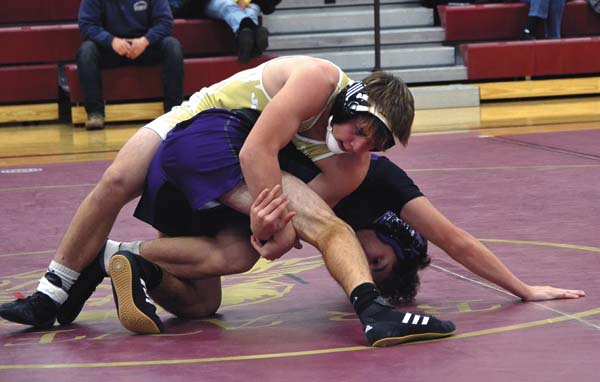 FONDA — In its opening match of the season, the Fonda-Johnstown wrestling team won nine of 14 weight classes on its way to a 51-27 victory over Little Falls in a non-league contest at Fonda-Fultonville High School on Wednesday.

“This was a good start to the season for us,” Fonda-Johnstown coach Clay Oeser said. “I’m pleased with how we wrestled tonight.” 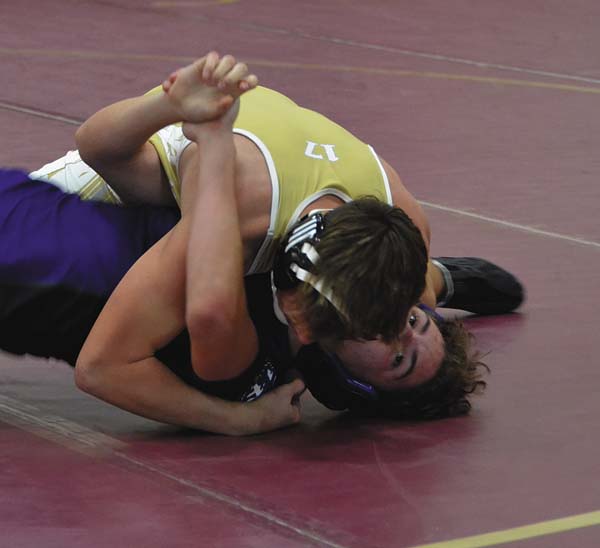 “Little Falls has got good numbers this year and they’ve got quality kids,” Oeser said.

Cotter opened the match with a forfeit win at 106 pounds.

Bucenec took a 14-7 lead into the third period of his match with Fonda-Johnstown’s Steve Bentley, who put Bucenec on his back in the final moments before falling just short in a 14-12 loss.

Hemendinger pushed the Fonda-Johnstown lead to 9-3 with a 12-5 victory over Little Falls’ Jacob Mizerak.

That was the final match of the night to go the full six-minute distance as the final 11 weight classes were decided by pinfall or forfeit. 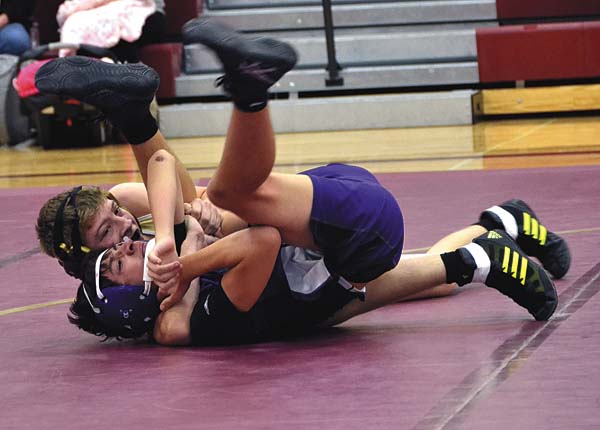 Little Falls even the score at 9-9 when Rowley pinned Fonda-Johnstown’s Dante Tirse in 1:57.

Myles picked up a forfeit at 132 pounds to give Fonda-Johnstown the lead back and Hicks needed just 11 seconds to pin Little Falls’ Grayson Hammond to make it 21-9.

The Mounties got a pin from Connor Baylor over Fonda-Johnstown’s Mccrea Godbout in 5:02 at 145 pounds to make it 21-15.

Cranker answered for Fonda-Johnstown, pinning the Mounties’ Chase Regan in 5:10.

Little Falls closed to within 27-21 when Rando picked up a forfeit at 160 pounds.

Fonda-Johnstown went on to win four of the final five weight classes to seal the victory.

Montayne pinned Little Falls’ Gio Venettazzi in 34 seconds at 170 pounds, while Schmidtmann pinned the Mounties’ Joe Congdon in 2:41 to make the score 39-21.

Rich Baylor claimed the final win of the night for Little Falls at 195 pounds, pinning Fonda-Johnstown’s Darnell VanSlyke in 2:57 to make it 39-27.

Morton and Warner collected back-to-back forfeits at 220 and 285 pounds for Fonda-Johnstown to make the final score 51-27.

“Our guys have looked good in practice,” Oeser said. “It’s nice to see it carry over into a match.”

Fonda-Johnstown (1-0 overall) will travel to Berne-Knox-Westerlo-Middleburgh today for its Western Athletic Conference opener.

Little Falls (2-3 overall) is scheduled to travel to Morrisville-Eaton on Tuesday for a 6 p.m. match.

AMSTERDAM — Amsterdam won 11 of 15 weight classes on its way to a Foothills Council victory over Hudson Falls at Lynch Literacy Academy.

Zach Gillis (126), Carson Shaffer (138) and Christian Robison all won by decision for Amsterdam, and Eladio Montalvo (170) won by forfeit

CANAJOHARIE — Canajoharie-Fort Plain won eight of 12 weight classes on its way to a 54-16 victory over ...

CANAJOHARIE — Canajoharie-Fort Plain won seven of 10 events on its way to a 74-53 victory over Hudson Falls-South ...

DOLGEVILLE — The Dolgeville volleyball team improved its overall record to 11-2 and 5-0 in the Center State ...