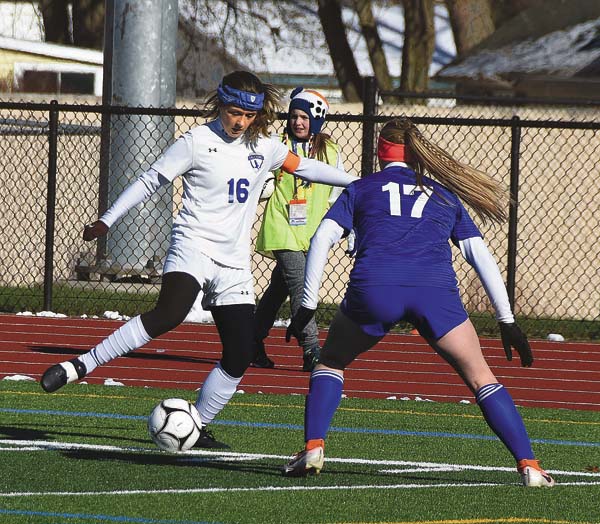 Northville's Brytney Moore (16) is challenged by Poland's Amanda Sweet (17) as she moves the ball upfield during a NYSPHSAA Class D semifinal match at Homer High School on Nov. 16. Moore recently was named a first-team Western Athletic Conference all-star. (The Leader-Herald/James A. Ellis)