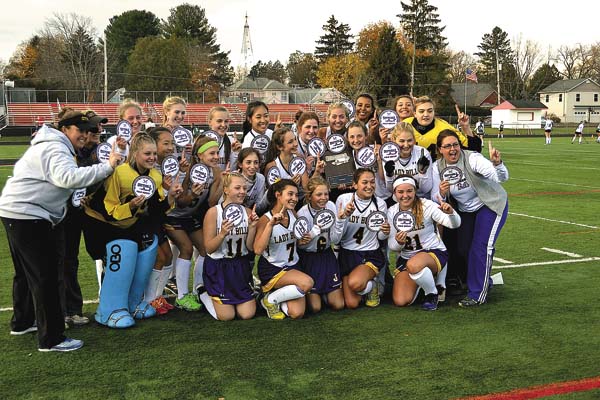 “It feels amazing,” Johnstown coach Christine Krempa said. “The goal always was to get back here, and the ultimate goal was to win this game.”

Even having a season was in doubt as late as August as Johnstown was looking to raise money to save its athletic programs.

“It was extra hard and extra stressful. I’m proud of the way we handled the unknown. I can’t thank the community enough for all of their support,” said Krempa, who was one of the leaders of the fundraing effort. “Whether they donated $25 or $50 dollars or $250 or $500 dollars, it all helped us get to this point. We were playing for all those people who donated.” 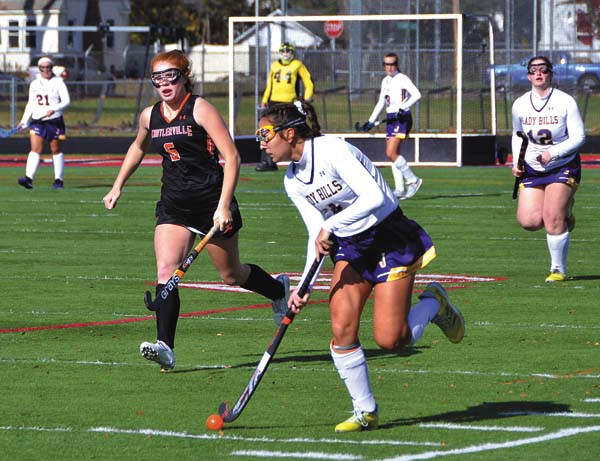 Ringer pushed her career total to 105 goals with her four-goal effort Sunday to help Johnstown to the 15th sectional title in program history.

“Taryn played an excellent game for us today,” Krempa said.

Coming into the game, Johnxtown had already posted two wins over Schuylerville this season. Johnstown won 5-0 at Knox Field on Sept. 10 and 3-1 at Schuylerville on Oct. 1 by a 3-1 margin.

“We knew Schuylerville was on a hot streak. We worked hard in practice this week,” Krempa said. “Playing somebody three times in one season is tough, so we knew we had to change it up. We went out and executed today.” 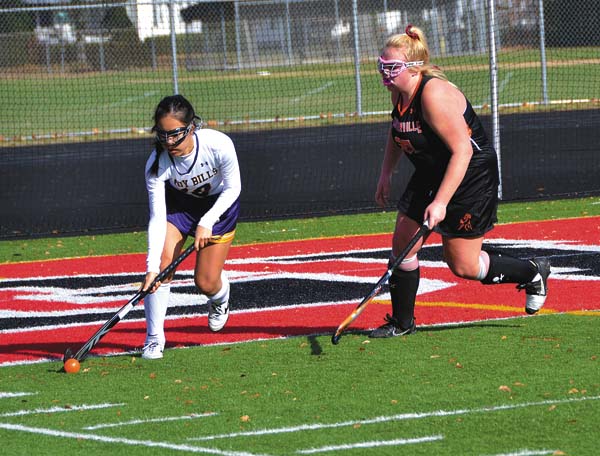 After losing 1-0 to Hoosick Falls in last year’s title game, which was the only time all season the Lady Bills failed to score, Johnstown wasted little time getting started Sunday.

Ringer scored the game’s first goal just 1:39 into the game to make it 1-0 before scoring on an assist from Lee on a penalty corner with 24:12 left in the opening half to make it 2-0.

Lee pushed the Lady Bills’ advantage to 3-0, scoring on a rebound with 12:57 to play in the half.

Eaton closed out the first-half scoring, putting home a rebound to make it 4-0 with 9:05 remaining.

The four-goal first-half output surpassed their game total in the Lady Bills’ semifinal win over fourth-seeded Granville on Tuesday, which saw Johnstown struggle after two weeks off. The Black Horses topped defending champion Hoosick Falls, 1-0, in overtime in the semifinals Tuesday. 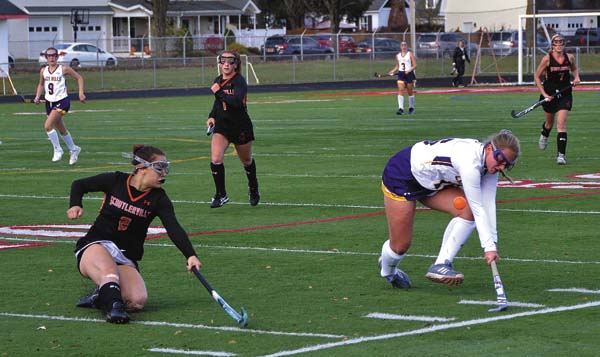 “I think how we played against Granville was because we were off for two weeks,” Krempa said. “We scrimmaged Shenendehowa, but that’s not the same as playing hard for a full 60 minutes.”

Ringer closed out the game’s scoring with an unassisted goal with 5:20 to play to make the final score 7-0.

“This is only the beginning for us,” Ringer said. “It’s amazing to show everyone what we can do.”

Johnstown outshot Schuylerville by a 13-6 margin and finished with a 10-5 advantage in penalty corners.

Abby VanValkenburgh made six saves to post the shutout win in goal for Johnstown.

Lizzie Goodspeed finished with five saves for the Black Horses, who finished the season with a 13-6 overall record.

After finishing last season 18-1 and outscoring its opposition 114-12, the Lady Bills have again been dominant this season.

Johnstown is a perfect 16-0 and has outscored its foes by a 83-7 margin, VanValkenburgh and her defense have combined for 10 shutouts this season.

“This is amazing. We knew what our potential was coming into the season,” Krempa said. “We felt like we were robbed last year. I think we took it out on Schuylerville today. We wanted to see Hoosick Falls, but at end of the day, every team in front us us is nameless and faceless. We’re just trying to knock them out of our way.”

“We always tell the girls to first and foremost to play for their teammates. They also are playing for everyone that came before them,” Krempa said. “This program is truly a legacy.”

Johnstown (17-0 overall) will face Section III champion Camden on Wednesday at Gloversville High School in a state regional semifinal. The time of the game will be at 2, 4 or 6 p.m. Camden posted a 5-0 victory over Port Byron/Union Springs on Sunday in the Section II Class C-D playoff.

“Wednesday’s game will essentially be a home game for us,” Krempa said. “It’s nice to win and live another day.”