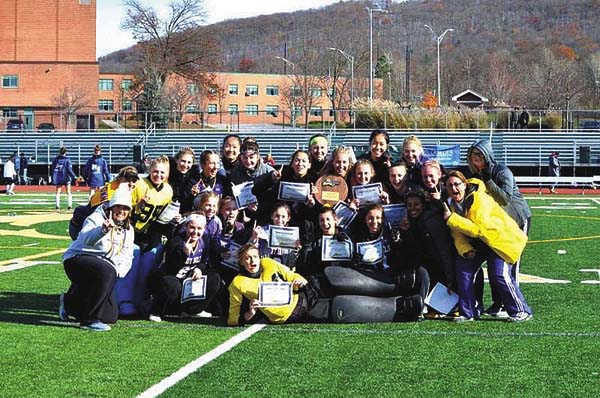 The undefeated Lady Bills punched their ticket to the final four with a 2-1 victory over Section IV Greene Saturday in the Regional Final at Vestal High School.

Anna Lee put Johnstown on the board with 20:55 left in the opening half when she collected a rebound off the pads of Greene goalkeeper Brooke Austin and slipped it into the cage for a 1-0 lead.

Just over 10 minutes later Taryn Ringer staked Johnstown to a 2-0 halftime lead when she collected the ball at the 25-yard mark, dribbled around four defenders before beating Austin for the goal with 10:11 left in the half.

Greene avoided the shutout when Alex Brown scored off an assist from Jess Unkel on a penalty corner restart with 10:51 left in regulation.

Austin finished with four saves in goal for Greene, while Abby VanValkenburgh made five stops for the Lady Bills.