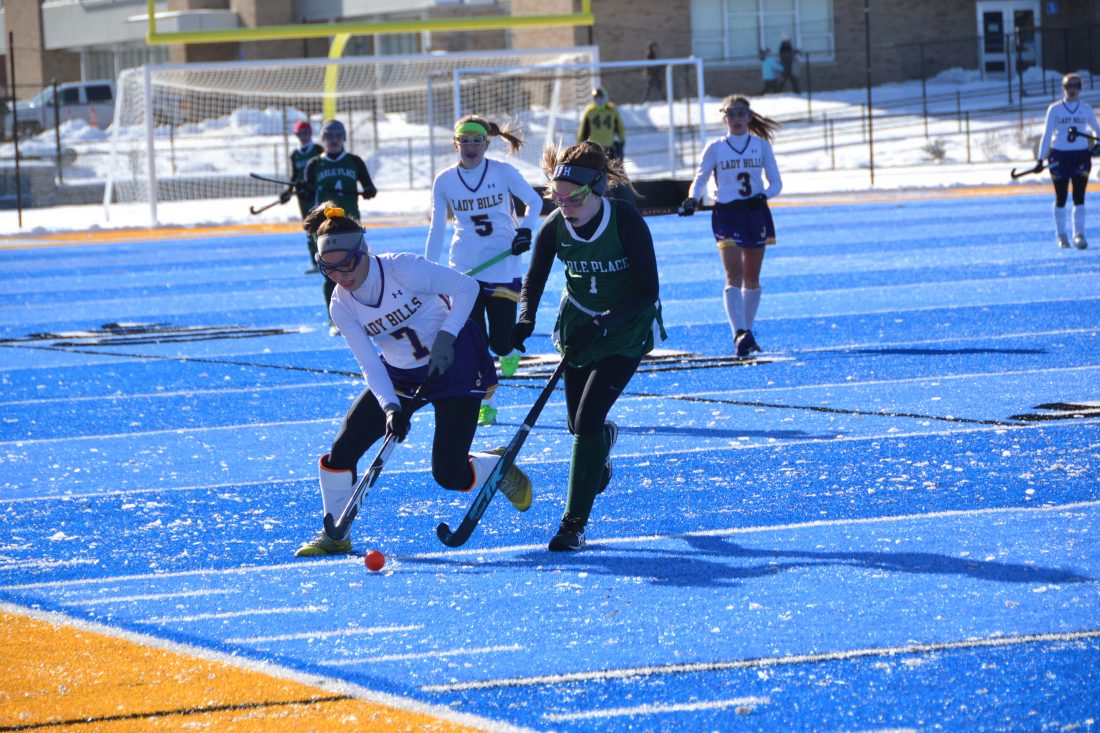 Johnstown's Kalena Eaton (7) pushes the ball past Carle Place's (1) during the state Class C semifinals Saturday at Alden High School. Eaton scored the game-winning goal for the Lady Bills, who will play for the Class C state title today at 10 a.m. (The Leader-Herald/Paul Wager)

Johnstown will face either Section I champion Bronxville or Section VI champion Barker in the championship game Sunday at Alden High School at 10 a.m.

Taryn Ringer scored a pair of first-half goals for the Lady Bills, who led 2-0 at halftime.

Carle Place, which finished it season with an 8-8 overall record, got a pair of second-half goals from Emiline Biggin to force overtime.

Abby VanValkenburgh made two saves for Johnstown (20-0), which was making its first state semifinal appearance since 1997. 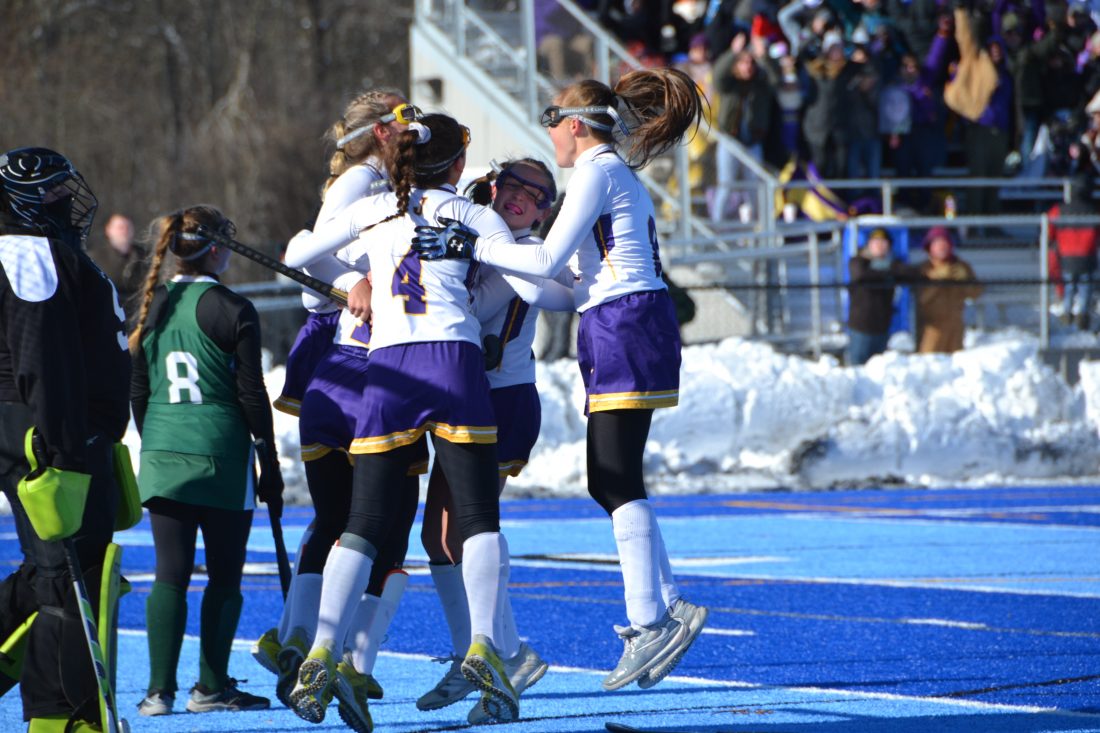 Johnstown players celebrate after Kalena Eaton scored in overtime to lift the Lady Bills to a 3-2 victory over Carle Place in the state Class C semifinals at Alden High School on Saturday. Johnstown will play for the Class C state title Sunday at 10 a.m. (The Leader-Herald/Paul Wager)

The Lady Bills will be playing in the state title game for the first time since 1991. Johnstown last won a state title in 1990.