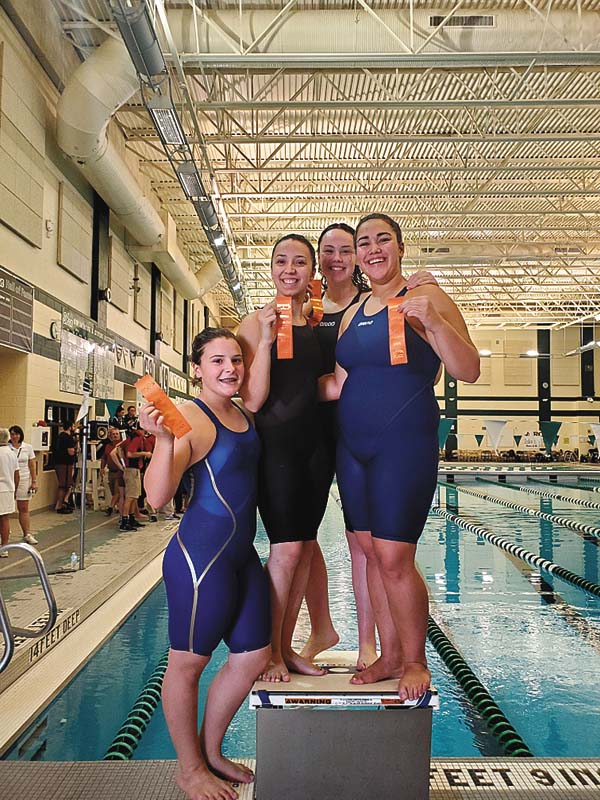 Fo-Jo finished with 85 points, while Gloversville-Mayfield was ninth with 61 points. Amsterdam did not have any swimmers compete in Saturday’s finals.

Fonda-Johnstown’s Angelina Atwood finished 16th in the 50 freestyle with a time of 28.33 seconds.

In the 200 freestyle relay, Fonda-Johnstown’s Emma VanGorder, Jenna Weaver, Atwood and Rizzo were seventh with a time of 2:00.53. Gloversville-Mayfield’s Nature Conyne, Finley Ebersole, Abigail Seltzer and Sophey Willis were eighth with a time of 2:05.78.

Fonda-Johnstown was eighth in the 400 freestyle relay as the team of Atwood, Julia Norris, Rizzo and Huckans posted a time of 4:14.73. Gloversville-Mayfield’s Miracle Conyne, Ebersole, Benvenuto and Sydney Yates finished ninth with a time of 4:30.13.

In the 200 medley relay, Fonda-Johnstown’s Julia Norris, Jenna Weaver, Huckans and VanGorder was ninth with a time of 2:21.24. Gloversville-Mayfield was disqualified.

“Fonda-Johnstown swam well today. We had swimmers place in finals who never placed before, seniors have their personal best times in either an individual event or relay and a seventh-grader finish seventh,” Fonda-Johnstown coach Ken Hoefs said. “We will miss our five seniors who competed at sectionals, Angie Atwood, Callie Fagan, Julia Norris, Abigail Rizzo and Jenna Weaver. However, the future is bright for Delaney Grady, Scout Huckans and Emma VanGorder for next season.”