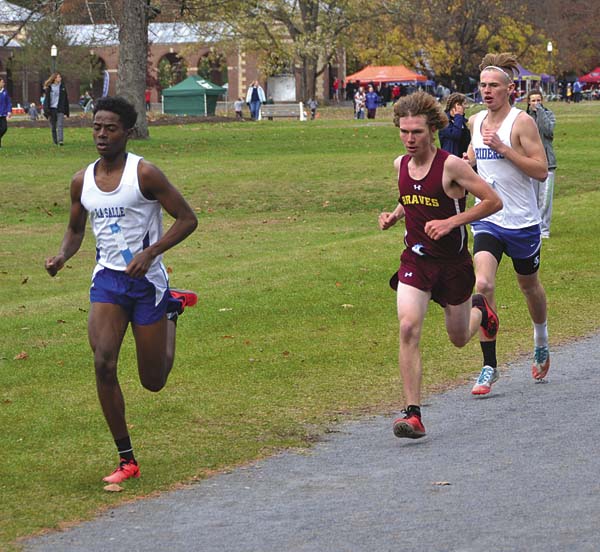 Leading the way was the Fonda-Fultonville boys team, which won the Class C title. It is the Braves’ first sectional crown since 2012.

“We’ve got a very young team and we’ve kind of been under the radar all year,” Fonda-Fultonville coach Mike Benton said. “The boys did a great job today. This was a long time coming.” 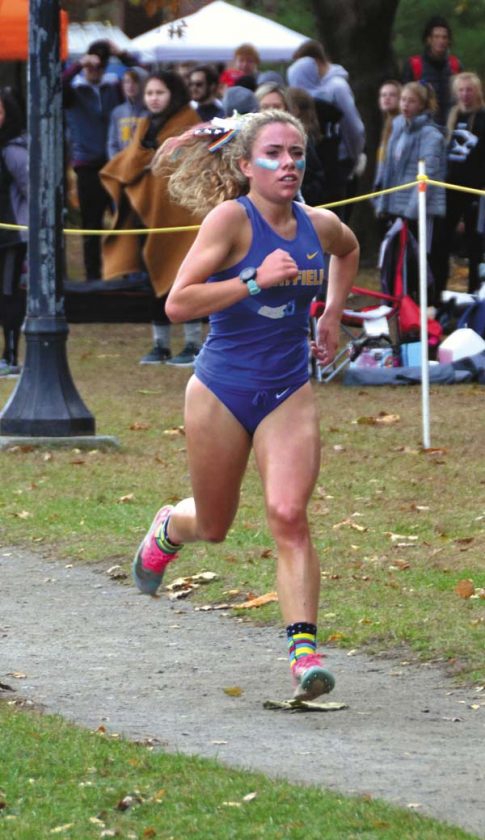 “Maddy [Relyea] did awesome,” Mayfield coach Rebecca Newkirk said. “She had surgery before the season, so she kind of was behind schedule, but she’s gotten stronger as the year has gone on.”

Dzikowicz, a junior, became the first Amsterdam boys to qualify for states since Jaime Julia in 2002, finishing 11th overall in the Class A boys race with a time of 16:24.20.

On the girls side, Relyea, a junior, won the Class D race for the second straight year and earned her fourth straight trip to the state meet. Relyea won with a time of 18:31.21. 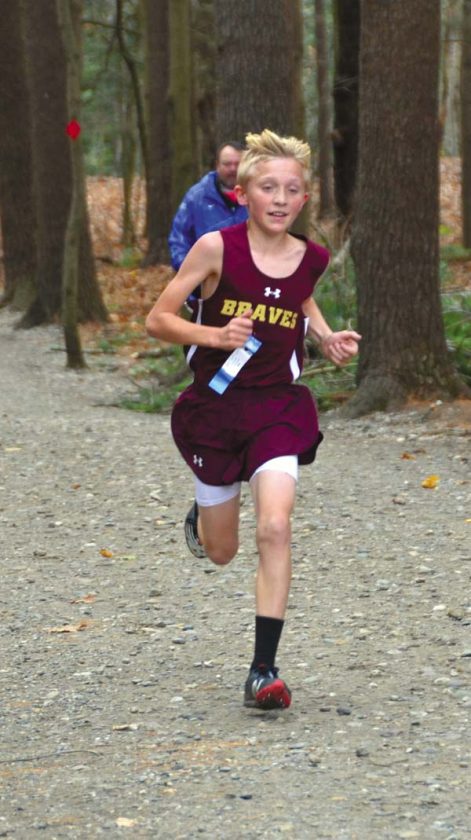 “It wasn’t really the kind of year that I thought it would be,” Relyea said. “It feels good to win the Class D race and go to states again though.” 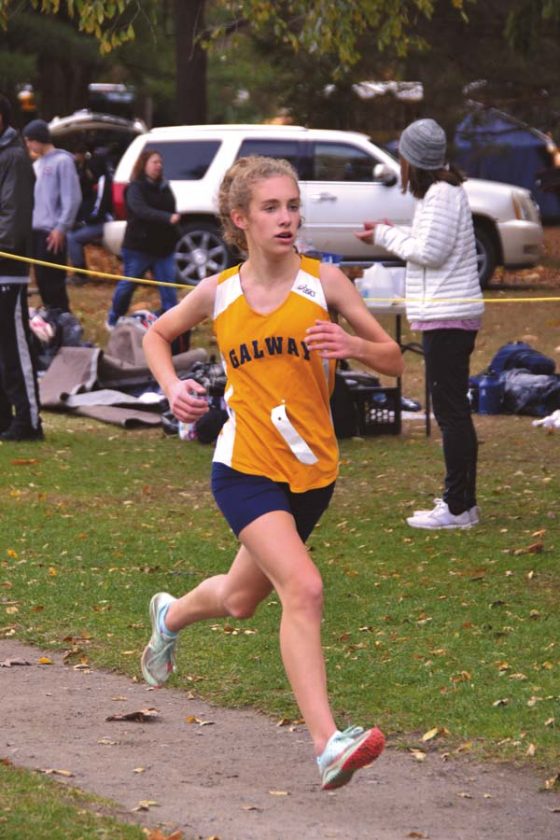 Fonda-Fultonville placed four runners in the top 15 on their way to winning the team title. 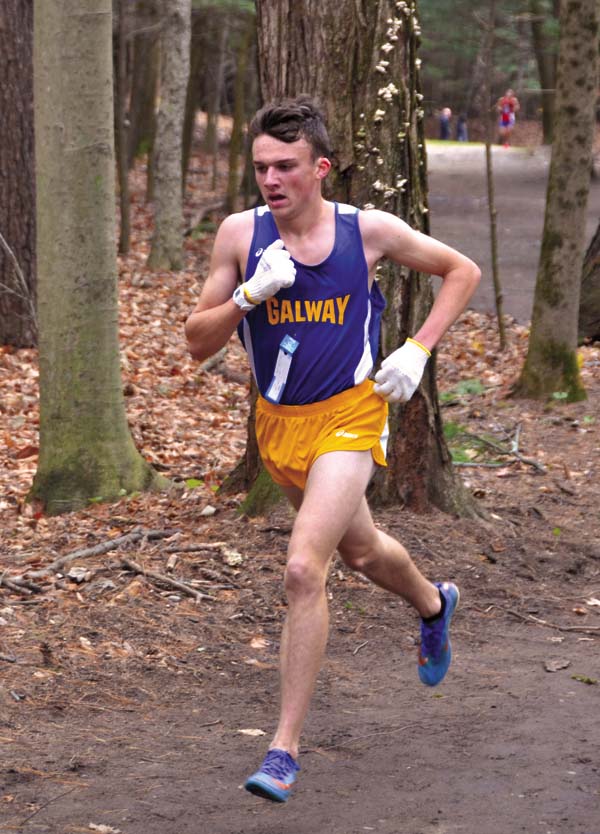 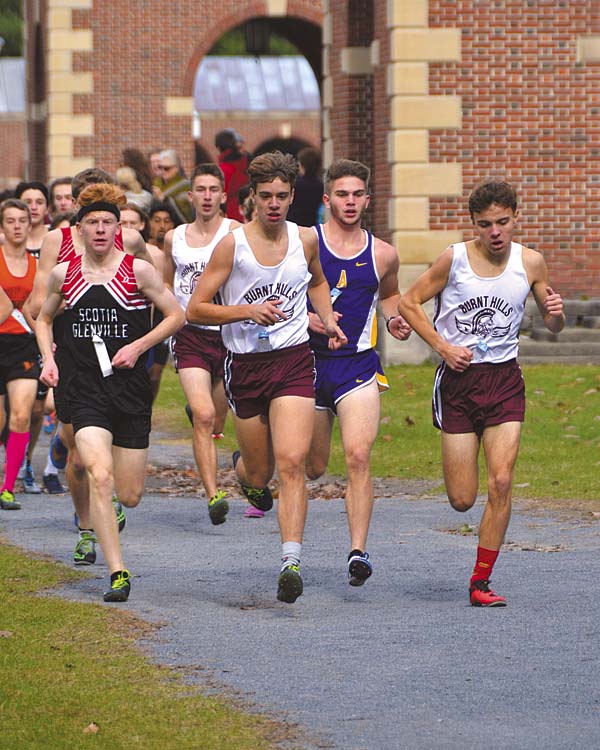 Amsterdam's Trevor Dzikowicz, third from left, runs near the front of the pack at the start of the boys Class B race during Monday''s Section II Cross Country Championships at Saratoga Spa State Park in Saratoga Springs. (The Leader-Herald/Paul Wager)

FFCS also topped the Class C team standings with 38 points. Greenville (42) was second, Catholic Central (82) was third, Voorheesville (143) was fourth and Stillwater (154) was fifth. Canajoharie-Fort Plainw as seventh with 165 points.

In the Class CC team standings, Schuylerville was first with 60 points. LaSalle (64) was second, Ichabod Crane (82) was third, Johnstown (97) was fourth and Cobleskill-Richmondville (124) was fifth. Broadalbin-Perth (126) was sixth.

“Today was a disappointing finish to what was a great season. Unfortunately, we picked the wrong day to have a bad team effort. As the coach, that is on me as they were not prepared as they should have been and for that I take full responsibility. However, despite today’s outcome these kids have a lot to be proud of,” Broadalbin-Perth coach Jeff Richards said. “In my 20 years of coaching, I have not had a team as caring as this one. They became more than a team, they became family and that is what will ultimately make them successful in life. They have all the ingredients. Although, today hurt, they will get over it and grow from it. The memories however, will last a lifetime. They are truly a team I will never forget.”

Greenwich cruised to the overall Class C girls team title by a 20-86 margin over Ichabod Crane. Greenville (103) was third, Broadalbin-Perth (106) was fourth and Cobleskill-Richmondville (133) was fifth. Fonda-Fultonville (252) was 10th, while Canajoharie-Fort Plain (318) was 11th. Johnstown did not field a team.

In the Class C team standings, Greenwich was first with 20 points, Greenville (56) was second and Voorheesville (79) was third. Fonda-Fultonville was fifth with 128 points and Canajoharie-Fort Plain was sixth with a total of 162 points.

Ichabod Crane topped the Class CC team standings with 43 points. Broadalbin-Perth was second with 51 points and Cobleskill-Richmondville was third with 64 points.

Lake George won the Class D boys team title with a total of 54 points. Chatham (75) was second, Maple Hill (77) was third, Duanesburg (91) was fourth and Berlin (113) was fifth. Mayfield was sixth with 144 points, while Oppenheim-Ephratah/St. Johnsville and Galway fielded incomplete teams.

After having just one runner on its team just two years ago, Mayfield finished second in the Class D girls team standings with 67 points. Berlin won the team title with 60 points, Lake George (90 points) was third, Berne-Knox-Westerlo (114) was fourth and North Warren-Johnsburg (139) was fifth. Galway and Oppenheim-Ephratah/St. Johnsville fielded incomplete teams.

Relyea won the Class D girls individual title for the second straight year, finishing with a time of 18:31.21.

“It’s an amazing feeling to have a full team,” Relyea said. “I was running for them today and we did well.”

Burnt Hills-Ballston Lake’s Ryan Allison won the Class B boys race with a time of 15:15.85.

Burnt Hills-Ballston Lake won the Class B boys team title with 21 points. Scotia-Glenville was second with 64 points, while Christian Brothers Academy was third with 114 points. Averill Park (128 points) was fourth and Albany Academy (138) was fifth.

Burnt Hills-Ballston Lake won the Class B team title with a total of 40 points, Mohonasen (47 points) was second, Emma Willard (94) was third, Scotia-Glenville (119) was fourth and Averill Park (122) was fifth. Amsterdam was ninth with 236 points and Gloversville fielded an incomplete team.

Saratoga Springs claimed the Class A title by a 30-78 margin over Shenendehowa. Niskayuna was third with 101 points, Bethlehem was fourth with 103 points and Shaker was fifth with 112 points. 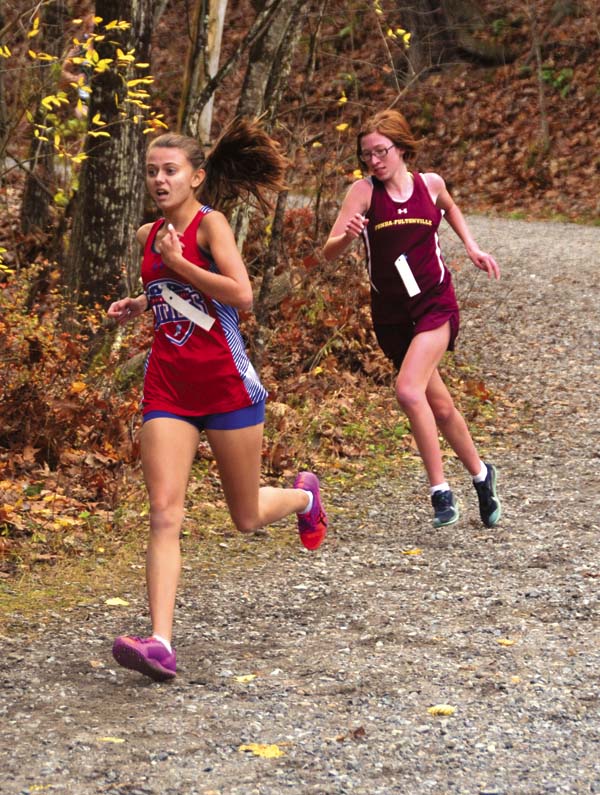 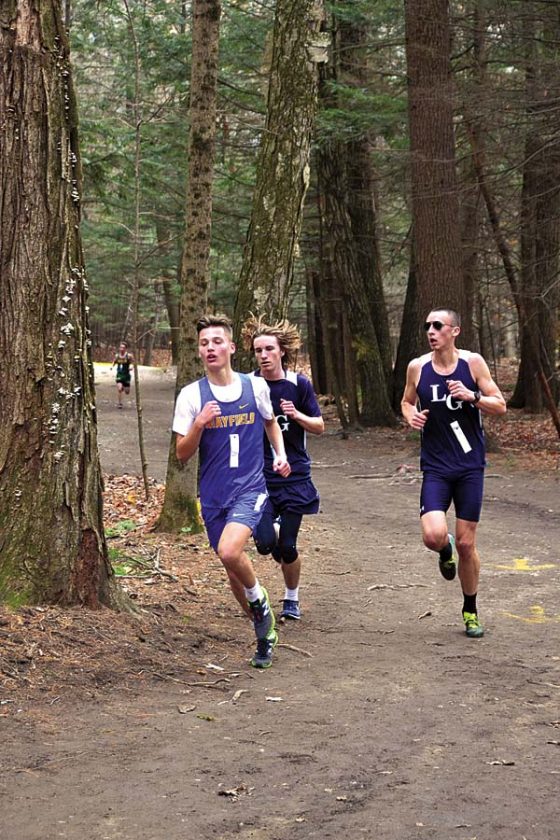