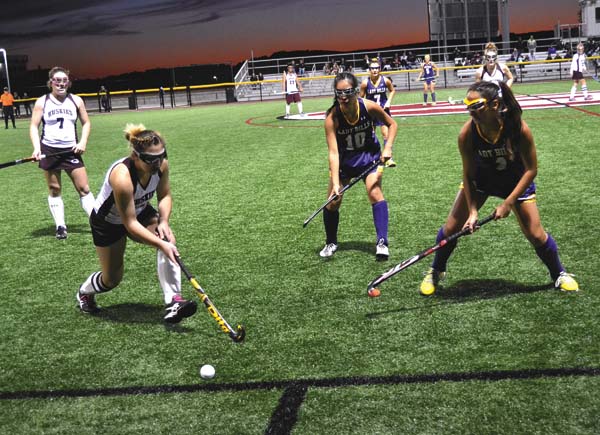 GLOVERSVILLE — Kalena Eaton finished with four goals and two assists to lift Johnstown to a 10-0 victory over Gloversville in a Foothills Council field hockey game under the lights at Gloversville High School on Tuesday.

Kanako Sasaki had two goals and an assist for Johnstown, while Taryn Ringer finished with two goals and three assists. Anna Lee and Abbey Hollister also scored for the Lady Bills, while Sarah Pratt added an assist.

“I’m happy with how we played,” Krempa said. “I was a little nervous coming in because we haven’t really practiced or played since last Thursday.”

Johnstown opened the scoring with 22:47 left in the first half when Sasaki scored on an assist from Eaton. Sasaki struck against with 20:04 remaining, making it 2-0 after putting home a rebound. 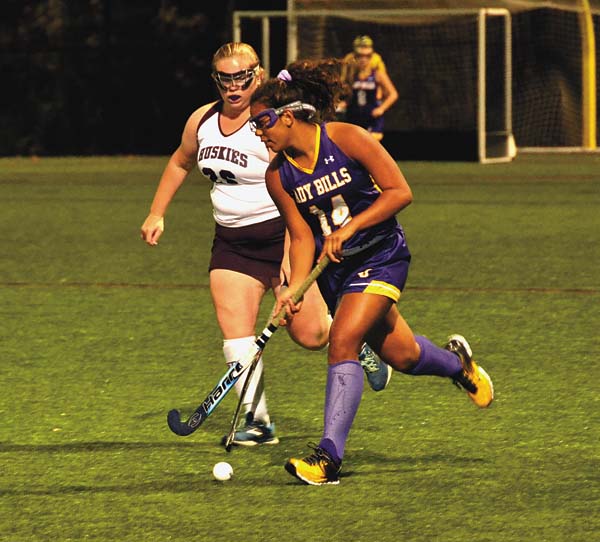 Ringer closed out the first-half scoring, smashing home a rebound with 9:04 remaining to make it 4-0 at the half.

“We came out fast and strong,” Krempa said.

Johnstown, which notched a 7-0 win over Gloversville at Knox Field on Sept. 17, added six more goals to its total in the second half.

Ringer started the second-half scoring on an assist from Eaton just 2:37 into the half to make it 5-0 before Hollister scored on a Sasaki assist with 25:44 to play to make it 6-0.

Eaton scored the game’s final four goals, getting two assists from Ringer and one from Pratt to make the final score 10-0.

Abby VanValkenburgh didn’t need to make a save to post the shutout in goal for the Lady Bills, who outshot the Huskies by a 39-3 margin. It was the seventh shutout of the season for Johnstown.

Kimi Hastings made 26 saves for Gloversville.

Seniors from both teams were honored before the game.

Gloversville (3-9 overall, 0-9 Foothills) is slated to travel to Scotia-Glenville on Thursday for a 4:30 p.m. game.