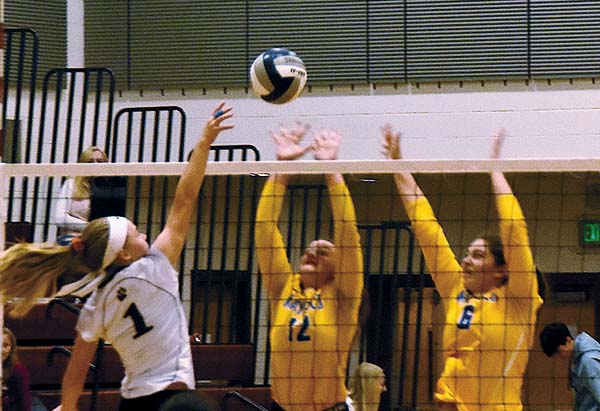 Mayfield's Lila King (12) and Tori Ruliffson (6) go for the block against Gloversville's Macey Salvione (1) during non-league action Thursday at Gloversville High School. (The Leader-Herald/James A. Ellis)

AMSTERDAM — Katelyn Demitraszek had three kills and two blocks for Amsterdam as the Lady Rams dropped a Foothills Council match to Schuylerville on game scores of 25-20, 25-9 and 25-18.

Brianna Francisco added two aces, one kill, one block and a dig to the Lady Rams match, while Arcelis Muniz finished with two kills and two aces.