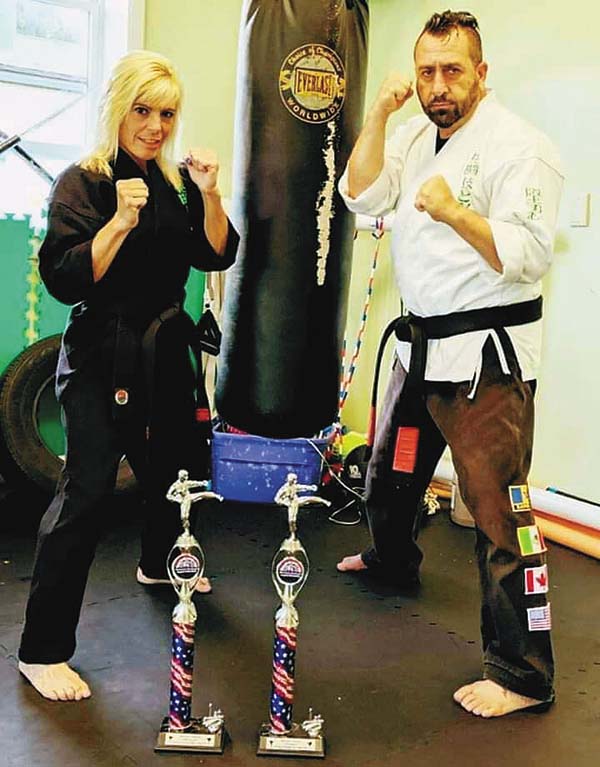 Mary Hallett, who is a student and part of the teaching staff at Pazzaglia's American Kenpo & Karate in Johnstown, recently competed at the North East Open in Albany. Hallett, left, is pictured with Pazzaglia's owner and chief instructor Joe Pazzaglia. (Photo submitted)

Hallett is a student and part of the teaching staff at Pazzaglia’s American Kenpo & Karate, located at 81 Briggs St. in Johnstown.

The Northeast Open is the largest tournament in the capital region and featured more than 1,000 competitors.

Hallett has been training in the martial arts for 25 years and currently holds the rank of third-degree black belt.

With little time to prepare, Hallett still trained very hard and was coached by her instructor Joe Pazzaglia, who is the owner/chief instructor at Pazzaglia’s American Kenpo & Karate.

“I am really happy for her and proud of her accomplishments. I can provide suggestions and advice all day long but at the end of the day, they have to do the work,” Pazzaglia said in a news release. “We spent a lot of time reviewing her forms, sparring, fighting and doing pad work to prepare. She is competing at an entirely different level than most at this rank and it is far more demanding. Mary has a very driven spirit and I can see her competing at a semi-pro level.”