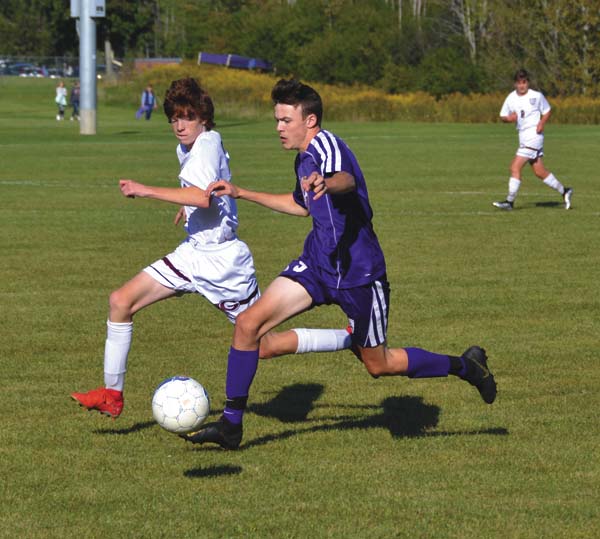 JOHNSTOWN — Feras Masri scored the game-winning goal with 6:30 to play to lift Gloversville to a 2-1 victory over Johnstown in a Foothills Council South Division boys soccer contest Friday at Johnstown High School.

“I thought we started out pretty well,” Gloversville coach Jim Yanno said. “We broke down a little bit in spots, but we came out of it with a win.”

The game was marred by a second-half fight with 15 minutes remaining that saw four Johnstown players and two Gloversville players earn red cards, sending them out of the game and barring them from participating in their team’s next contests.

“We let our emotions get the best of us,” Johnstown coach Nicole Naselli said. 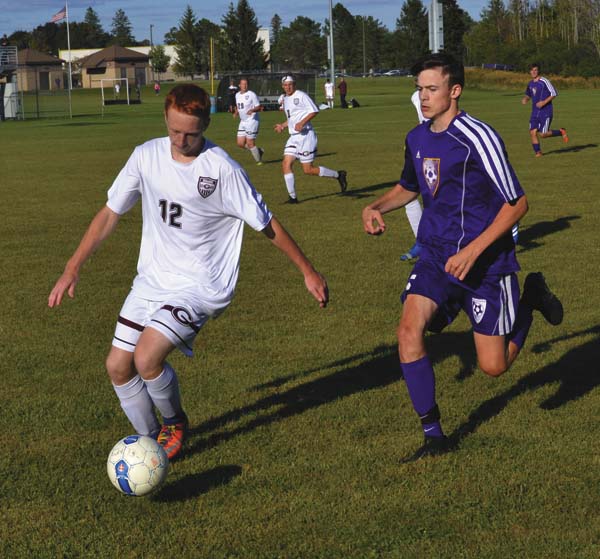 As a result, the teams played 9-on-9 or the final 15 minutes of regulation, until another Johnstown player earned a red card late in regulation, leaving the Sir Bills with just eight players available.

The game was a close one throughout with Johnstown netting the game’s first goal in the opening five minutes when Zach Serpa scored on an assist from Spencer Kotwasinski to make it 1-0.

“We played well. I feel like we played together as a team,” Naselli said.

Both teams had several first-half chances as each side registered six shots on goal.

James Collar pulled Gloversville even just before the half when he scored to knot the game at 1-1 after 40 minutes of play. 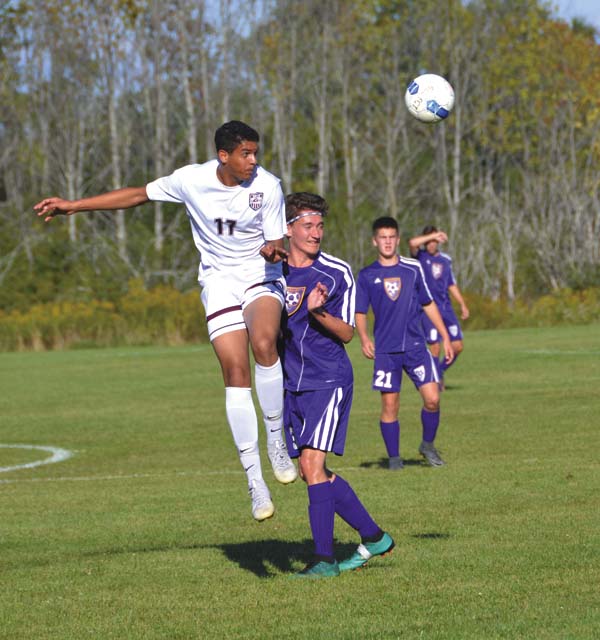 In the second half, Johnstown outshot Gloversville by a 7-6 margin, but the Dragons were able to net the lone goal of the half.

Masri found the net with 6:30 to play, lifting Gloversville to a 2-1 victory.

“I think our midfield — Kazuma Lomanto, Jordan Yanno and Doug Cook — played well today. They controlled the middle of the field for us,” coach Yanno said. “Keegan Holmes played well defensively and Justin Kemmet did a good job in goal for us.”

Kemmet finished with eight saves for Gloversville, while Josh Hoyt and Kyle Salamack combined to make nine stops for Johnstown.

Sam Rogers and Ryan Hertik each had an assist for the Patriots (6-1 overall, 3-1 Foothills), who outshot the Rams by a 22-4 margin.

Ben DiFiore made eight saves for Glens Falls (3-2-2 overall, 2-0-2 Foothills), while Joe Lapan made seven stops for the Tigers.

QUEENSBURY — Teddy Borgos had a goal and an assist to lead Queensbury to a Foothills Council North Division victory over Schuylerville.

Riley Grant and Brendan Duffy also scored for the Spartans, while Peter Crawford and Asa Edwards each had an assist.

Ethan Willis made three stops to post the shutout in goal for Queensbury (6-1 overall, 4-1 Foothills).