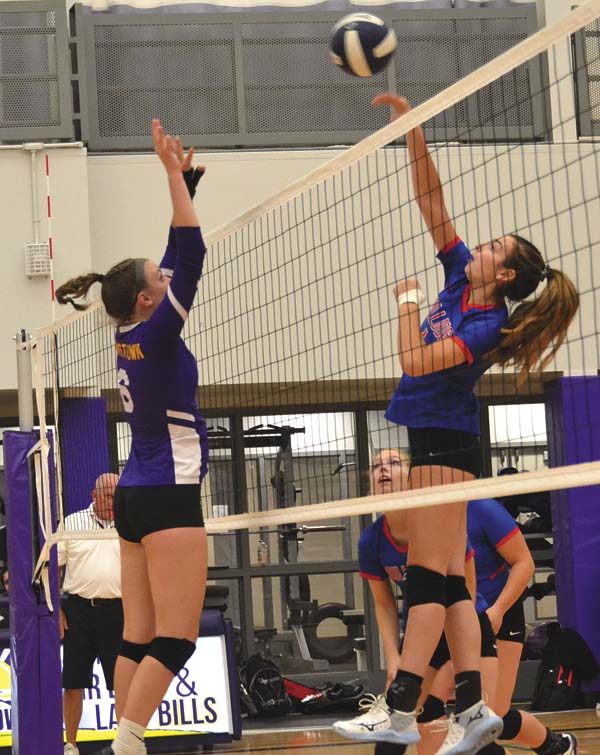 JOHNSTOWN — After losing the first set, South Glens Falls won the final three to post a 3-1 victory over Johnstown in a Foothills Council volleyball match Wednesday at Johnstown High School.

“We played well,” Johnstown coach Holly Livingston said. “We still have a lot of learning to do, but we’re a young team and we’re getting there.” 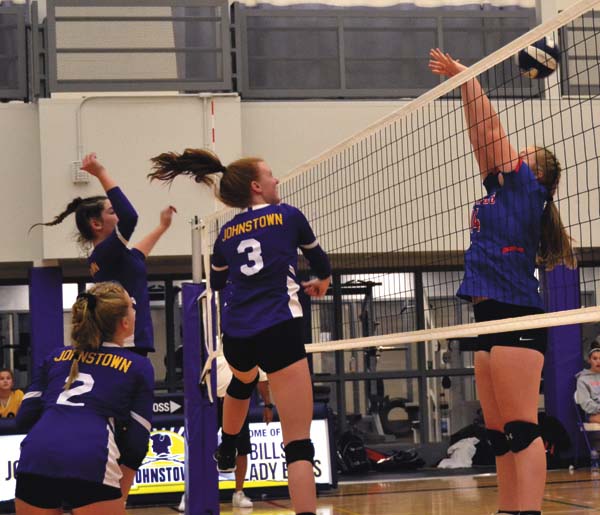 After winning the first set, the Lady Bills looked to continue their momentum into the second.

However, South Glens Falls controlled the set from the start, surging to an 18-8 lead behind lengthy service runs from Taylor and Vanessa LeBrun. Taylor reeled off four straight points for the Bulldogs, while LeBrun had six straight points.

Johnstown got no closer than six points the rest of the set as South Glens Falls got six straight points from Thomas to pull away on its way to a 25-13 set win to even the match at 1-1.

The third set was a back-and-forth battle that saw 60 points played before a winner was decided. There were 25 lead changes or ties in the set, which initially appeared that the Bulldogs were going to run away with. 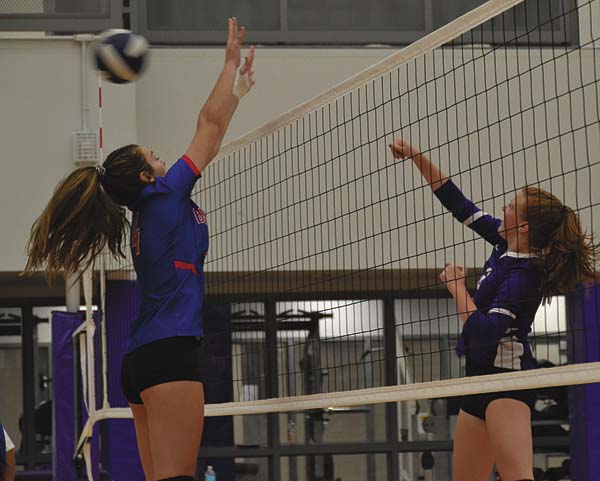 South Glens Falls started the set with a 10-1 run, getting seven straight service points from Taylor.

Johnstown slowly chipped away at its deficit, pulling even at 12-12 and taking its first lead at 13-12 after five straight points from Gabby Elwood.

From there, neither team led by more than two points the rest of the way.

Johnstown had the first opportunity to win the set with a 24-22 lead before South Glens Falls responded with a kill by Taylor and two straight service points from Brooke Ruby to take a 25-24 lead.

The Bulldogs responded by winning three of the next four points to win the set 31-29 to take a 2-1 advantage.

Like the third set, the fourth set also was a back-and-forth affair.

The Lady Bills had the early advantage, getting out to a 5-2 lead after three straight service points from Teianna Vetrano-Frasier.

Johnstown maintained its advantage until a five-point run by Ruby gave the Bulldogs a 14-13 lead.

“The girls are working hard to improve and they’ve been great to coach,” Livingston said.

Sydney Rogers had nine kills and an ace for B-P (3-1 overall, 2-1 Foothills), Madison Fariello had eight kills, three assists and an ace, and Lily Mitchell added three kills, two aces and a block.

GALWAY — Hanna Hoffman finished with 20 assists and 14 service points to lead Galway to a WAC victory over Schoharie.