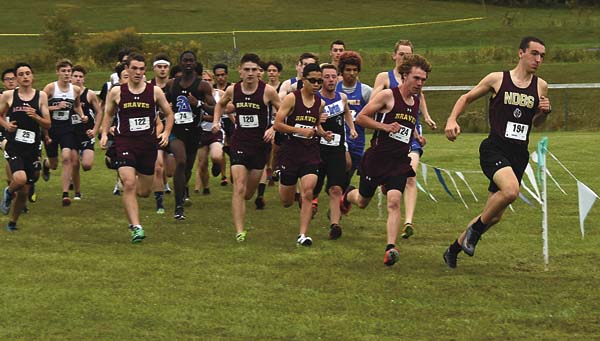 Albany’s Dalia Levy was first into the chute ahead of Fonda-Fultonville’s Haley Clear and Mayfield’s Fianna Halloran with her time of 20:31.92 for the girls varsity title. 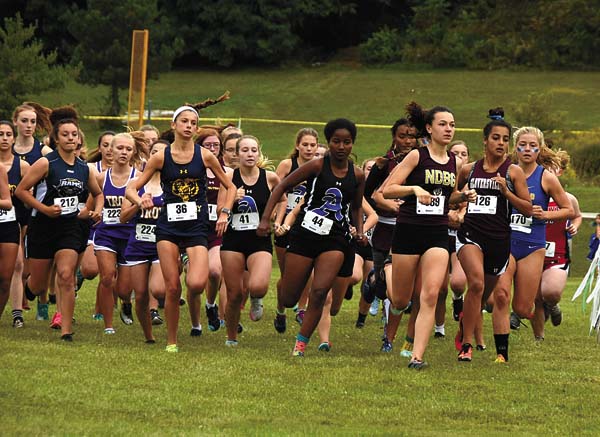 There was no team scoring for the invitational.

QUEENSBURY — The Broadalbin-Perth girls turned in a strong performance at the Queensbury Invitational Saturday at Queensbury High School.

Delhi won the D-II girls title over Mount Greylock Regional High School, 73-135, while Schuylerville was third with 173, Voorheesville and Remsen/Old Forge both had 179 points with Voorheesville getting fourth on the sixth-runner tie-breaker. Broadalbin-Perth was sixth with 180 and Bayport Blue Point seventh with 187.

“Today was our first true test of the season as we raced against many of schools we will compete against at sectionals,” Broadalbin-Perth coach Jeff Richards said. “Overall, we ran well as most set personal best. On the girls side we finished sixth but were only beaten out by one of our fellow Section II Class C schools, Schuylerville. They beat us by a small margin of 7 points, which I believe we can overcome, as our new kids get more accustomed to the 5k distance. Ava Tyler [4 minutes better] and Caroline Iannotti [2 minutes better] showed much improvement in just their second race and made our gap from 1-6 so much tighter.”

Mount Academy won the D-II boys title with 28 points, with Sayville second with 81 and Delhi third with 87.

“On the boys side I was hoping for better than 15th, but we are showing improvement,” Richards said. “Like the girls, we need to gain some more experience and learn to keep the pack a bit tighter. We had a 3 minute gap from 1-5 and in order to win an elusive sectional title we need that gap to be about a minute and a half. Our top 3 of Connor, Micah, and Danny [all who have cross country experience] ran exceptionally well as we put 3 in before any other section II Class team’s 2nd runner. Now we need the remaining members to find a way to stay within striking distance of opposing teams number five guys. I think they have the talent to do so, but now they have to believe it.”