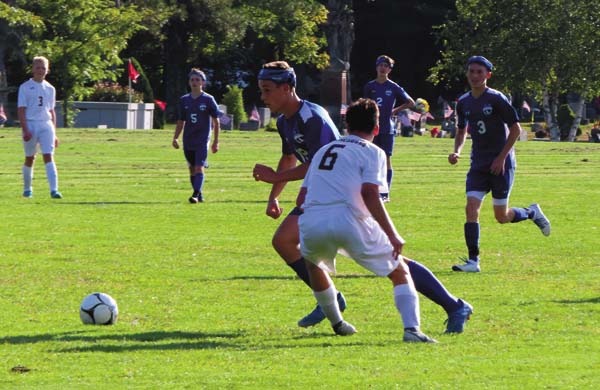 NORTHVILLE — Jacob Frank had two goals and three assists to lead Northville to an 8-0 victory over Duanesburg in a Western Athletic Conference boys soccer contest Friday.

Wyatt Sira and Josh Bedell each scored two goals for the Falcons, while Levi Morgan had a goal and two assists. Garrett Shepard also scored for Northville and Cam Morehouse added an assist.

Daniel VanNostrand made three saves to post the shutout in goal for Northville (4-2 overall, 1-1 WAC), which outshot the Eagles by a 34-5 margin.

Northville is slated to travel to Schoharie on Monday for a 4:30 p.m. contest. 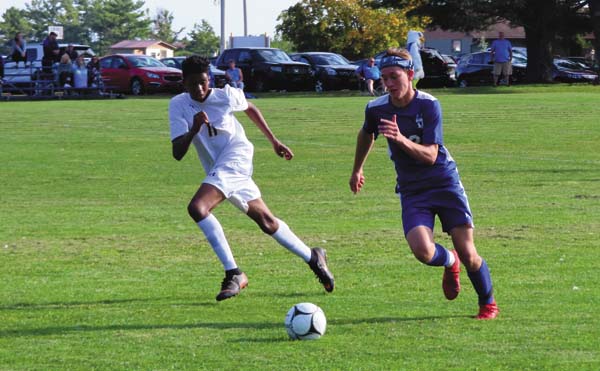 MAYFIELD — Colby Brandow scored the game-winning goal for Mayfield in a WAC victory over Fonda-Fultonville on Friday.

Brandow scored in the 68th minute on an assist from Britain Goodemote.

Brody Deal also scored for the Panthers on an assist from Kenny Dennis.

Tyler Sweet scored the lone goal for Fonda-Fultonville (1-5 overall, 1-3 WAC), while Korey Davis had the assist. 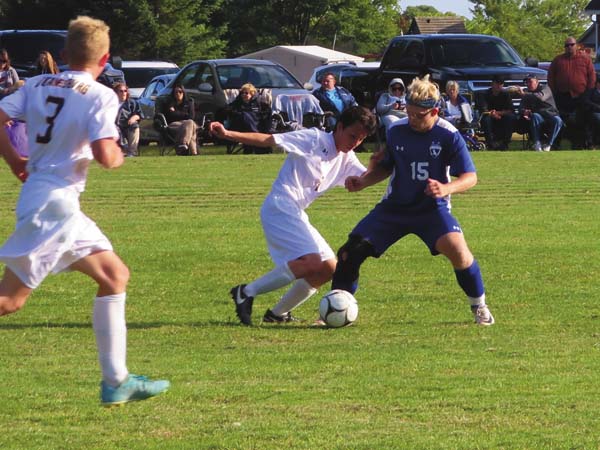 Jacob Sisco made six saves for the Braves.

SCHOHARIE — Noah Fagnani scored the game-winning goal in overtime to lift Schoharie to a WAC victory over Fort Plain.

Jacob Manz and Danny Bernhardt scored in regulation for the Indians. while Bengtson and Dietz each had an assist.

Bailey Smart made three saves for Schoharie, while Robert Jacob made 14 stops for Fort Plain.

Henry Flint made three saves for the Golden Eagles, while Bruce Campbell made five stops for Bishop Gibbons.

BERNE –Ian Hayes scored the game-winning goal in overtime to lead Oppenheim-Ephratah/St. Johnsville to a WAC victory over Berne-Knox-Westerlo.

Quincy Bonneau and LaFountain combined to make two saves for the Wolves.

Tyler Goodemote made three stops for the Bulldogs.

Andrew Johns had two assists for the Knights.

INDIAN LAKE –Henri Frick and Daniel Johnson each finished with two goals and an assist to lead Wells to a victory over Indian Lake/Long Lake on Thursday.

Mason Ward had a goal and two assists for the Indians, while Tyler Bolebruch also scored.

Matthew Richards added two assists for Wells (1-1 overall), which dropped its opener on Tuesday to Schroon Lake at home, 7-0.