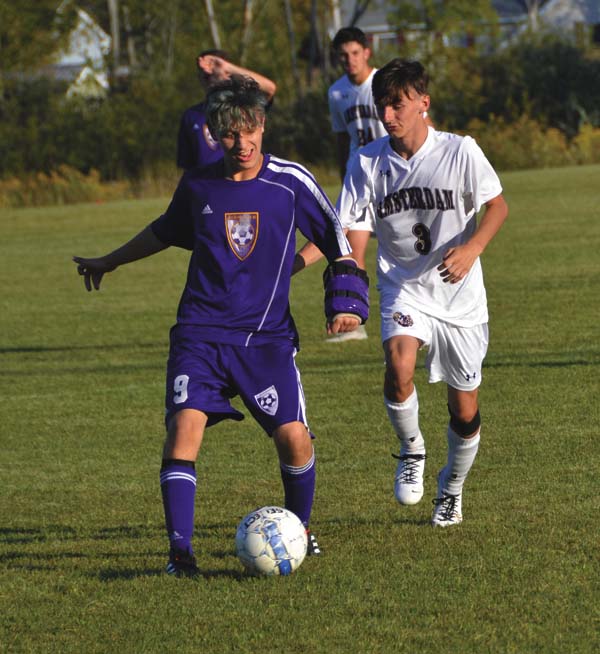 JOHNSTOWN — After losing both of its first two games by scores of 11-1, the Johnstown boys soccer team bounced back and picked up its first victory of the season Monday.

“This was good for our morale. I’m very happy that we were able to get the win,” said first-year Johnstown coach Nicole Naselli, who earned her first victory. 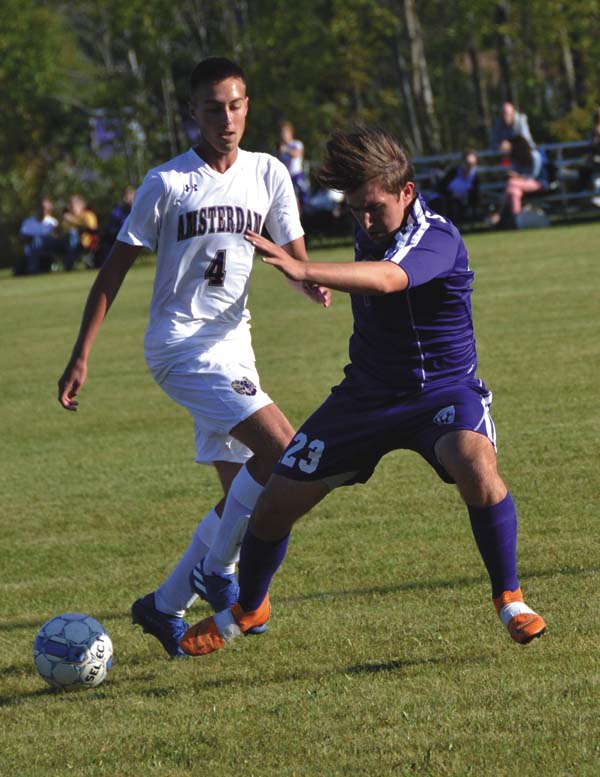 The Rams scored the game’s first goal with 7:15 left in the first half when Rodecker scored after a scramble in from of the Johnstown net.

Johnstown answered less than a minute later when Serpa evened the score at 1-1, launching a shot from near the left side of the box that went inside the right post.

The score remained 1-1 at the half as Johnstown outshot Amsterdam 7-6 in the first 40 minutes.

After the break, Johnstown took its first lead when Zapata put home a rebound, corralling a direct kick from Spencer Kotwasinski that caromed off the left post.

“We played well in the second half,” Naselli said. “We settled into our positions.” 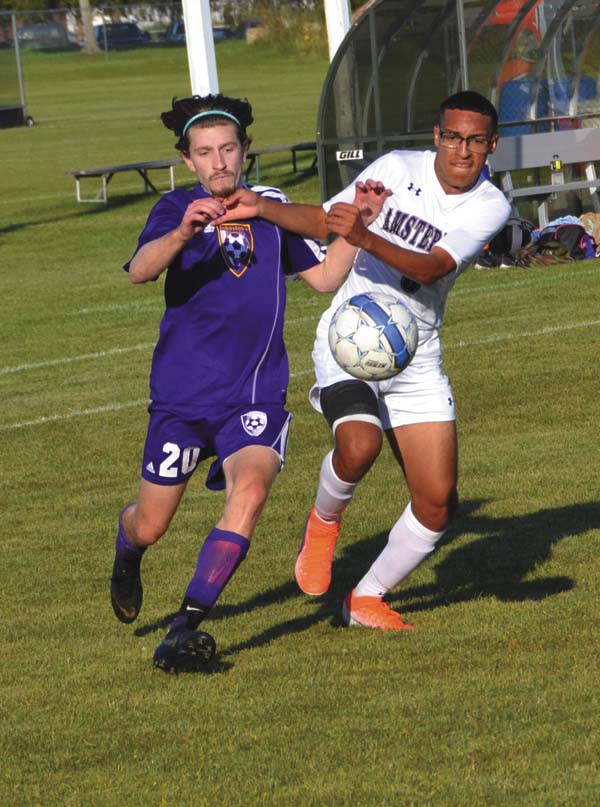 Serpa scored his second of the game on assist from Zapata to make it 3-1.

The Sir Bills had a couple of near misses from Kotwasinski, but both missed wide left, leaving the margin at two goals.

With just 30 seconds remaining in the game, Ramos pulled the Rams to within goal at 3-2.

Johnstown was able to seal the win when Zapata scored with just three seconds to play to make the final score 4-2.

The Sir Bills finished with a 16-15 advantage in shots. 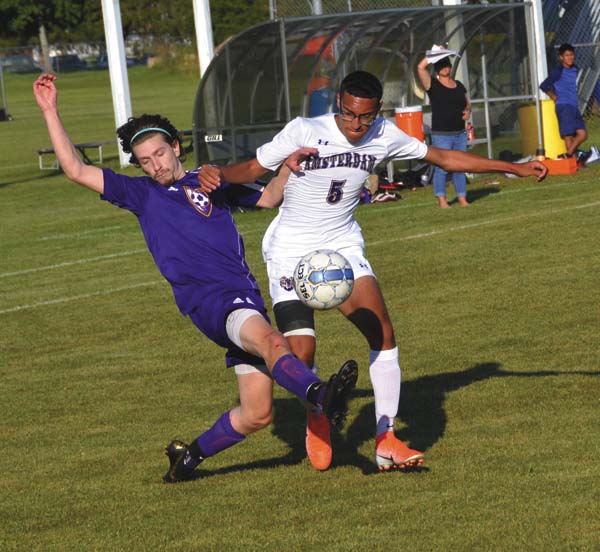 “The difference was that we didn’t finish our opportunities and they did,” Amsterdam coach Pat Williams said.

Josh Hoyt made five saves for Johnstown, while Lucca Quatrini made four saves.

“This was a good learning experience for us,” Williams said. “We get another chance at them in a month at our place.”

SCOTIA — Paul Lomanto scored on a corner kick by Kazuma Lomanto to lead Gloversville to a Foothills Council South Division victory over Scotia-Glenville.

Gloversville improved to 2-2-1 overall and 1-1-1 in Foothills Council play with the victory.

The Dragons are scheduled to travel to Hudson Falls on Wednesday for a 4:30 p.m. contest.

Lanning Torebka and Colin Parker each had a goal for the Bulldogs, while Bobby Bruschini added an assist.

Teddy Borgos scored the lone goal for Queensbury on an assist from Alex Roca.

SCHUYLERVILLE — Cyrus Guillett scored the game’s only goal to lift Glens Falls to a victory over Schuylerville in a Foothills Council North Division contest.

Evan Wiggins assisted on the goal for the Indians, who improved to 2-2-1 overall and 1-0-1 in Foothills Council play.

GREENWICH — Charlie Gartner scored the game’s only goal to lead Greenwich to a non-league victory over Galway.

Tom Haberland assisted on the goal for the Witches.

Both teams had 10 shots on goal.

Andres Gonzalez finished with six saves to post the shutout in goal for Greenwich.

CHERRY VALLEY — Luke Dubben finished with a goal and two assists to lead Cherry Valley-Springfield to a non-league victory over Canajoharie.

Austin Yerdon and Jeb Magruder each had a goal and an assist for the Patriots, who finished with a 15-6 advantage in shots and an 8-0 edge in corner kicks.

Andrew Oram, Allan Parker and Oskar Webster also scored for Cherry Valley-Springfield, while Caleb Carpenter and Will Heinrich each had an assist.