Johnstown,?Gloversville off to solid starts this season 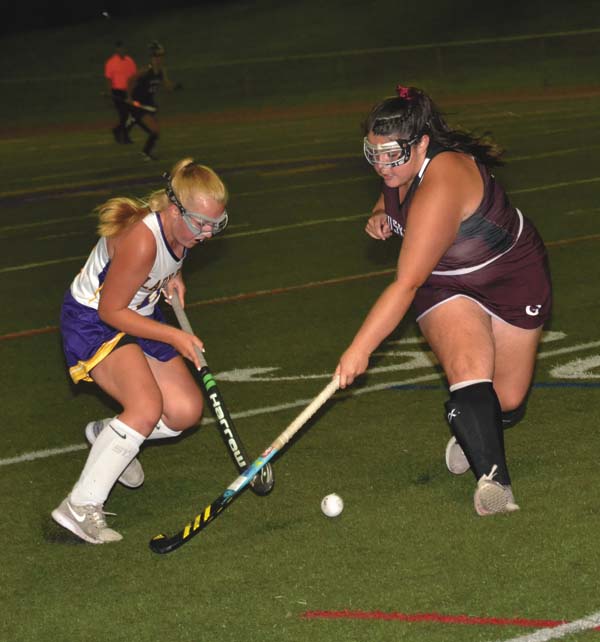 In the early stages of the season, the Gloversville and Johnstown field hockey teams are off to solid starts.

The Lady Bills are off to a 5-0 start with wins over Red Hook, Scotia-Glenville, Schuylerville, Queensbury and Gloversville.

Johnstown has outscored its first five opponents by a combined 26-2 margin.

After losing in the Section II Class C title game to Hoosick Falls last season, the Lady Bills are on a mission to claim their first sectional crown since 2011.

“We have a lot of depth across the board and that, will ultimately help us,” Johnstown coach Christine Krempa said. “We have been working really hard to put ourselves in a position where we don’t just have one or two people who are threats. We have been focusing on making smart passing choices, ball movement, and communication which will allow us to be more aggressive on attack. We are looking to get the shots off quickly and create more scoring opportunities.”

Lee posted 22 goals and six assists for the Lady Bills last year, while Eaton had nine goals and 12 assists. Both were named second-team Foothills Council all-stars.

Fleming had 13 goals and 11 assists for Johnstown as a sophomore, earning first-team Foothills Council and first-team all-state status.

Pratt and VanValkenburgh, who had 12 shutouts in 2018, were named Foothills Council honorable mention last year.

“On defense we have been working on being patient, making smart decisions and working on our outlet passing,” Krempa said. “We have a lot of experience, a talented bench and are fast and determined. I am looking forward to where this team can take itself this year.”

Newcomers Madde Jones and Alyssa Parker round out the Gloversville roster.

Both teams are slated to be in action today. Johnstown is set to host Glens Falls at Knox Field at 5 p.m., while Gloversville is scheduled to host Scotia-Glenville at 7 p.m.