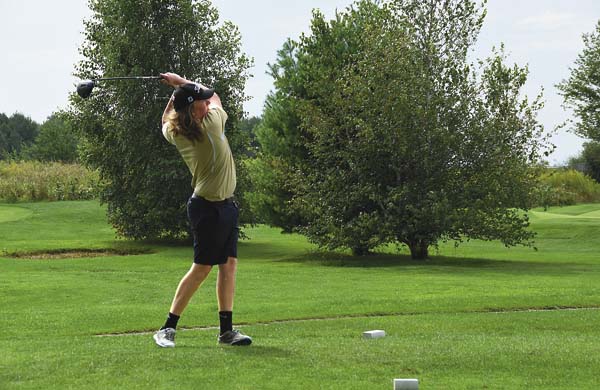 JOHNSTOWN — The Johnstown golf team swept a pair of Foothills Council matches from Schuylerville and Glens Falls on the first day of competition Thursday at Fox Run Golf Club.

The Sir Bills (2-0, 2-0) gave first-year coach Jay Holland his first coaching victories 199-210 over Schuylerville in the morning and returned to the course in the afternoon to defeat Glens Falls, 184-194.

Will Gerlach led Johnstown against Schuylerville with his round of 48, while Aidan Greene shot 47, Liam Ackerbauer 53 and Abe Miller carded a 54.

Kadin Pagington and Jack Harshbarger led the Black Horses with rounds of 49, while Charles Welsch shot 52 and Neil Graber added a 60.

Ackerbauer shot a 43 in the afternoon to lead Johnstown past the Indians. 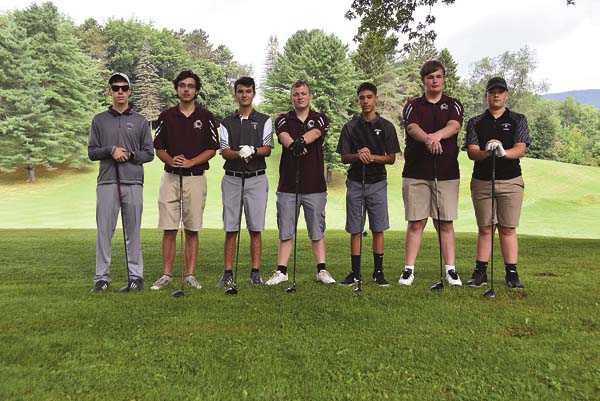 Braden Dock led Glens Falls with his medalist round of 38, while Carter Vandermindin shot 46, Patrick Bruen and Will Center added rounds of 54 and 56 respectively.

In the afternoon against Schuylerville, Durinick turned in a round of 40, while Rivera and Welch both shot 43s.

JOHNSTOWN — The Broadalbin-Perth Patriots opened their season with a pair of Foothills Council victories.

Connor Canale and Matt Danise led the Patriots (2-0, 2-0) against South Glens Falls with rounds of 41, while Stuart Bond shot 43 and Jake Terwilliger carded a 44.

Will Bickford paced the Bulldogs with his 46, while Matt Gebo shot 48, Charles Gelheiser 53 and Jameson Kilmer turned in a 59.

Canale also paced the Patriots’ win over Hudson Falls with his round of 37 at Holland Meadows. Danise shot 40, while Bond and Lorenzo Tambasco carded rounds of 41.

Ben Swartz matched Canale’s round of 37 to pace the Tigers, while Eric Purdy shot 42, Dom Doyle 48 and John LeClaire closed out the Hudson Falls scoring with his 49.

CANAJOHARIE — Galway’s Ryan Lovelass turned in a sectional qualifying score of 37 to lead the Golden Eagles to victory over host Canajoharie Thursday at the Canajoharie Country Club.

Josh Lovelass added a round of 47 for Galway, while Matt Smith shot 51 and Brendan Shader added a 55.

For the Cougars, Riley Montanye led the way with his round of 45, while Tyler Montanye shot 48 and Tyler Christman and Jack Montanye, Mike Tiberio and Kyle Dertel added a rounds of 54.

In the girls Galway’s Katelyn Hansen had the low round of 69 while Karley Barkley and Canajoharie’s Ava Fatta each shot 70.