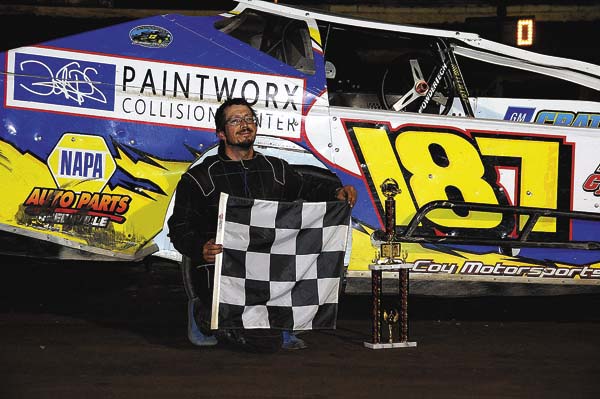 Ryan Heath and McCoy brought the field of 14 crate modifieds to the green, with Heath grabbing the early lead over McCoy. A tough battle for the third spot heated up between Brendan Gibbons, Joe Orlando, Andrew Buff, Jim Introne Jr. and Rocky Warner.

Warner began to move up in the field but slid high in turns one and two on lap 10 and slid back in the pack. 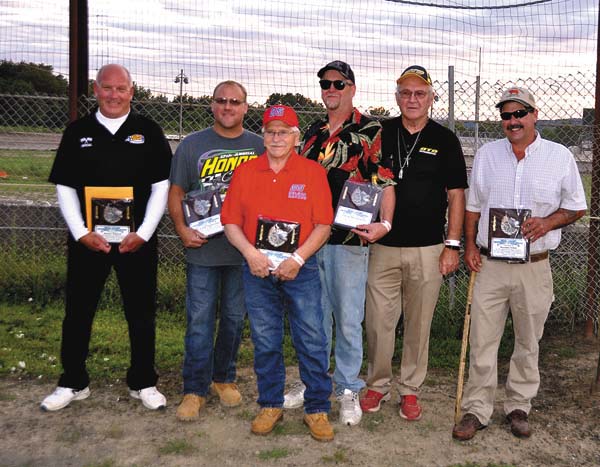 Meanwhile, Heath was running strong on the front end with McCoy keeping pace as they began making their way through lapped traffic.

With 10 laps to go Heath’s tires began to fade and he slid up the track allowing McCoy to put a nose alongside the leader as they exited turn two. Heath regained control and held onto his lead.

McCoy kept the pressure on and got a break when Heath could not hold his car on the bottom of the speedway and spun in turn two, putting McCoy in the lead with four laps remaining.

The caution moved division hot shoes Andrew Buff and Warner up to his back bumper for a shoot out over the final mile.

Buff stuck a nose under McCoy on the restart but the Rensselaerville driver held the point off turn two and pulled away for his first feature win at The Ridge. Buff finished second, followed by Warner, Orlando and Gibbons. Tucker O’Connor, Mike Ketchum, William August, Justin Buff and heath round out the top 10. 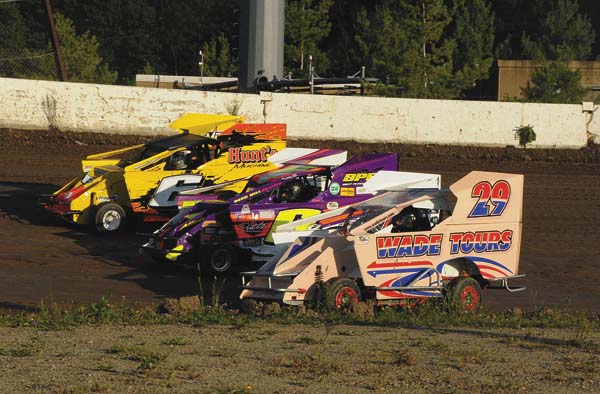 Poland, who started the season in the All-Star Senior Slingshot division, got to the front early in the Limited Sportsman feature and took the field from green to checkers for his inaugural sportsman feature win. Harold Robitaille was second followed by Travis Witbeck, David Boisclair and Jerry Cohn.

Steve Cosselman led the opening lap of the 20-lap pro stock feature before Buck Gasner took over on the second circuit, bringing Graves to the front with him.

Graves used the restart to his advantage to get past Gasner into the lead with Steve Cosselman and Randy Cosselman battling for third.

Horning battled his way back to the front but came up short as the checkers dropped over Graves’ hood for the second-straight week and for his second career Pro Stock feature win at The Ridge. Horning was second, followed by Gasner, Steve Cosselman, Jim Normoyle Sr., Jim Burton, Randy Cosselman, Jim Gronki and Malcum Warner.

Haslun led the street stock feature from the drop of the green to the checkers with Damon Anderson, Ken Allen and Rob VanAernam rounding out the finish.

Brett Putnam led the majority of the All-Star Senior slingshot feature before Hill moved to the front as the front-running duo exited turn four coming to the white flag.

Hill held off Putnam for the victory, while, Danny Ballard finished third, Tyler Vadney was fourth and Spencer Cherko completed the top five.