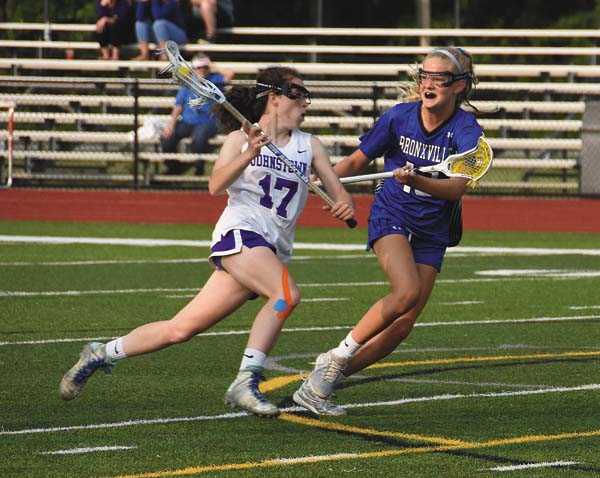 Johnstown's Madison Delgado ooks to fire a shot on goal while under pressure from Bronxville's Kiki Tormey during the state Class D quarterfinals May 31 at Mohonasen High School in Rotterdam. Delgado was named to the New York State Sportswriters Association all-state team. (The Leader-Herald/James A. Ellis)

A pair of Johnstown players were among those named to the New York State Sportswriters girls lacrosse all-state team.

Johnstown, which won its first sectional title since 2006, went 16-2 overall this season, losing to eventual state runner-up Bronxville of Section I in the state Class D quarterfinals. 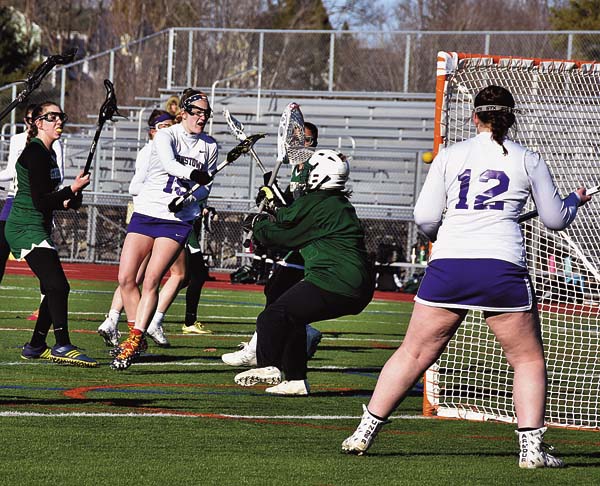 In the large-school division, Bethlehem’s Jenna Calabufo was named to the first team, while Shenendehowa’s Aislinn Sweeney and Saratoga Springs’ Lindsey Frank were named to the second team.

Eastport-South Manor’s Kasey Choma was named the large-school player of the year.