SARATOGA SPRINGS — Backwards Stable’s Fire Key will look to capture her second stakes win of the year in New York, headlining a field of nine in the $100,000 Smart N Fancy going 5 ½ furlongs on the Mellon turf today at Saratoga Race Course.

A New York-bred 6-year-old daughter of Friesan Fire, Fire Key joined the barn of conditioner James Ryerson after spending the winter in Florida where she made four starts at Gulfstream Park most notably finishing third in the South Beach in January at and fifth in the Grade 3 Honey Fox.

Fire Key debuted for Ryerson on April 28 at Belmont Park winning the License Fee by a nose.

She followed up with a second-place finish in the Grade 3 Intercontinental in June in which she lost by a half-length to multiple graded-stakes winner Significant Form, ahead of a good second in the Caress on July 21 at Saratoga.

In search of her third career victory at Saratoga from five starts, Ryerson said Fire Key is showing signs towards having another positive outing in the Smart N Fancy.

“She’s doing great here,” said Ryerson. “She’s adjusted to the Oklahoma [barn stables] very well and we’re excited about Saturday. I thought that even though she got beat, she ran great in the Caress. Since then, she’s come back good. She’s really benefited from running in sprint distance in Florida. She was going a bit longer, so she’s appreciated the cutback and fortunately we’ve gotten some good trips. Hopefully, we’ll work out another one as well on Saturday.”

Fire Key will depart from the rail with regular rider Jose Ortiz aboard.

The 5-year-old Twirling Candy mare bred by her owner and conditioner kicked off her campaign with a second-place finish by a neck in the Captiva Island on March 9 at Gulfstream and followed up with a victory in the Giants Causeway in April at Keeneland.

After another second-place finish by a neck in the Unbridled Sidney at Churchill on May 2, she won an allowance race in her next start before finishing third in Caress, three-quarters of a length back to Fire Key.

“She’s had a good month here and we hope the weather holds off so that she can perform to the best of her ability,” said Arnold. “She didn’t have the best of trips in the Caress but that happens in turf racing. She got caught up in a bad spot which compromised her running style, but we’ll look to rebound in here.”

Morticia will leave from post 5 with Irad Ortiz, Jr. up.

Looking to improve off a third-place finish in the Grade 2 Royal North on July 21 at Woodbine Racetrack is Oleksandra for Team Valor International and conditioner Neil Drysdale.

The 5-year-old Animal Kingdom mare has made three starts this year starting with two optional claiming victories on May 24 and June 28 at Belmont.

With Joel Rosario aboard, Oleksandra will leave from post 7.

The Smart N Fancy is slated as Race 8 on today’s 11-race card.

Varenka demonstrated significant promise in her juvenile campaign finishing second in the P.G. Johnson at second asking at Saratoga, followed up by a closing second to Newspaperofrecord in the Grade 2 Miss Grillo at Belmont Park.

She closed her 2-year-old season as a maiden with a wide-rallying fifth in the Grade 1 Breeders’ Cup Juvenile Fillies Turf.

“She’s from a talented family so it wasn’t a surprise. As a 2-year-old, even though she went into those stakes as a maiden, she held her own very well,” said Motion. “She had an unorthodox year as a 2-year-old and the timing didn’t work out to get her maiden broken as I didn’t want to miss out on those other opportunities. I think even in the Breeders’ Cup, she would have finished much closer with a better trip.”

After dominating a maiden field in her seasonal debut on May 11 at Belmont, Varenka landed third in the Grade 3 Regret on June 15 at Churchill Downs.

“She won her maiden very impressively and it was a good way to start the year with her,” said Motion. “She’s been very consistent.”

Varenka arrives at the Lake Placid from a neck score in an optional-claiming tilt on July 14 at the Spa where she left the gate from the outermost post in a 10-horse field. Motion said the talented bay has trained well since.

“I thought we’d take one step at a time and that’s why we went to the allowance race. She drew very poorly, so she took the worst of it that day,” said Motion. “I think she’s done well since then and it’s probably the right time to get back into a graded stake. She’s definitely graded caliber. She’s proven that.”

Hall of Famer Javier Castellano has the call from the inside post.

G.W. Humphrey, Jr.’s Wildlife failed to handle the slop in her off-the-turf debut in June at Churchill Downs, but is undefeated in two turf starts since, including a 1 ½-length score in an Ellis Park allowance last out on July 26.

Trained by Victoria Oliver, Wildlife has closed from well back in each of her victories.

“She’s not very sharp out of the gate,” said Oliver. “As she gets older and the more she runs, she won’t sit that far back. She just hasn’t quite figured it all out.”

The well-related Wildlife is by Animal Kingdom and out of the Bernardini mare Fjord. Her second dam, Round Pond, is a multiple Grade 1-winner, who captured the 2006 Breeders’ Cup Distaff.

Oliver said Wildlife is living up to her advance billing thus far.

“She’s always shown a lot of ability. We bought her for $195,000 at the Fasig-Tipton fall sale and she’s always trained quite forwardly,” said Oliver.

Oliver said the talented Wildlife will be cross-entered in the Grade 1 Del Mar Oaks, also slated for today.

“We’ll try to figure out where the best spot is for her,” said Oliver. “She’s been training great and that’s why it’s time for one of these two stakes.”

Three-time Eclipse Award-winning trainer Chad Brown will saddle Regal Glory and Blowout, the one-two finishers of Grade 3 Lake George last out at Saratoga in which the veteran conditioner saddled all three horses in the race, with Dogtag completing the personal trifecta.

Paul Pompa, Jr.’s Regal Glory, a chestnut daughter of Animal Kingdom, had finished second in a pair of graded events — the Grade 3 Sweetest Chant at Gulfstream Park and the Grade 2 Appalachian at Keeneland – before winning the Penn Oaks ahead of her Lake George coup.

Peter Brant’s Blowout graduated at first asking on January 23 on the Tampa Bay Downs green and followed up with strong second behind Turf Triple darling Concrete Rose in the Grade 3 Florida Oaks. Subsequently second to Lake Placid rival Feel Glorious in the Memories of Silver at Aqueduct in April, the Dansili bay captured the Wild Applause ahead of her runner-up effort in the Lake George.

Blowout, who is out of the multiple Group 1-winner Beauty Parlour, will be piloted by Jose Ortiz from post 4.

The Lake Placid is slated as Race 9 on today’s 11-race card. 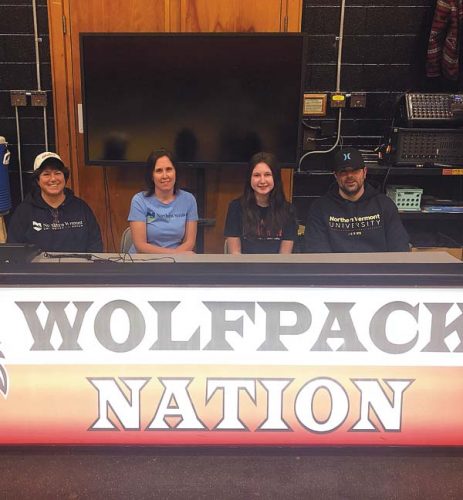