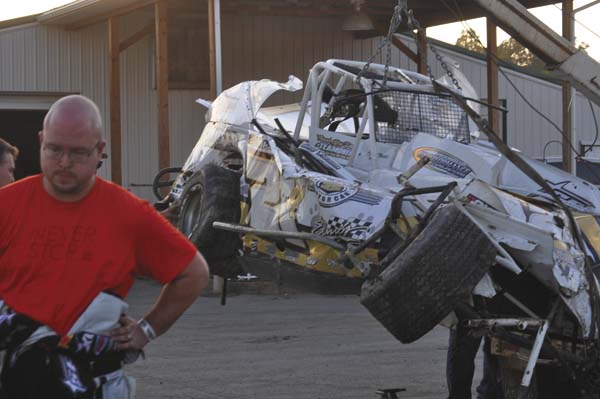 Mike Jackson, left, walks away after surveying the damage to his 602 sportsman car after a hard crash at Fonda Speedway on Saturday. (The Leader-Herald/James A. Ellis)

FONDA — It was a finish Hondo Carpenter would have been proud of Saturday at Fonda Speedway.

With two laps to go, Coonradt powered around the outside to lead the lap before Horning rallied on the inside to retake the lead. Knight followed Horning past Coonradt with Gates looking for racing room.

Knight moved alongside of Horning in the short chute between turns three and four, while Coonradt charged back on the outside. The trio exited turn four together with Coonradt winning the drag race to the checkers for his first win of the season. Horning held on for second with Knight and Gates third and fourth, with less than a second separating the top four.

Rocky Warner found the high side of the speedway to his liking and so did Stewart Friesen. 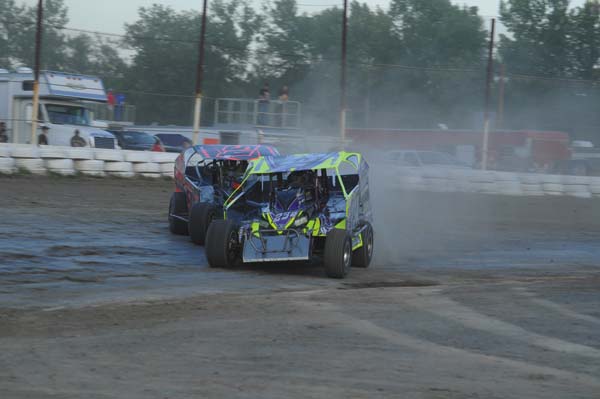 Adam McAuliffe (234) and Kurtis Hohensheldt (54H) race through turns three and four during 602 sportsman action Saturday at Fonda Speedway. (The Leader-Herald/James A. Ellis)

The modified pilots broke away from the field, with Friesen running down Warner and getting the lead with four laps to go.

When the leaders came up on a pair of lapped cars running side-by-side for position, Warner powered his way on the bottom pinning Friesen behind the cars to regain the lead.

Friesen broke free but could not chase down the Flying Squirrel before he registered his second-straight 30-lap feature win and fourth of the season.

In the added Bill Ag Memorial Modified Elimination Warner and Friesen squared off in the final round with Friesen winning the two-lap sprint. Also picking up win in legs of the elimination race were David Constantino, Josh Hohenforst and Bobby Varin. 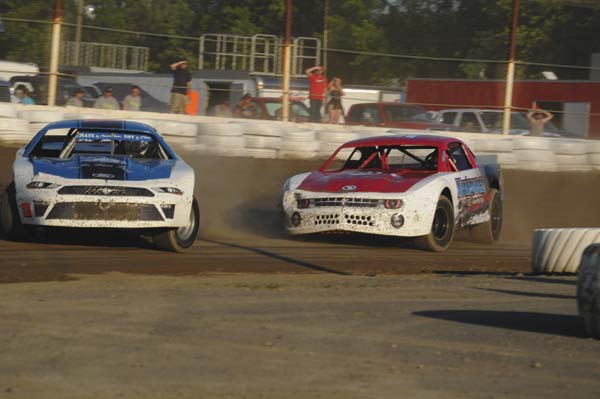 Jim Normoyle and Gates brought the field of 24 Pro Stocks to the green with Normoyle holding off Horning, who started fifth, for the lead.

The caution flew on the second lap, which gave Horning the edge on the restart. Gates fell into second behind Horning on lap six with Normoyle, Chuckie Dumblewski and Ivan Joslin making up the top five.

The pace was slowed mid race as the caution flag flew six times in a five-lap span.

Coonradt, who started 15th, used the restarts to his advantage to settle into third behind Horning and Gates with 12 laps to go. Knight, who started 16th, joined the front runners with 10 laps left making it a four-way battle for the lead.

Horning turned back challenges from Gates and Knight before Coonradt jumped to the outside and made it three-wide. 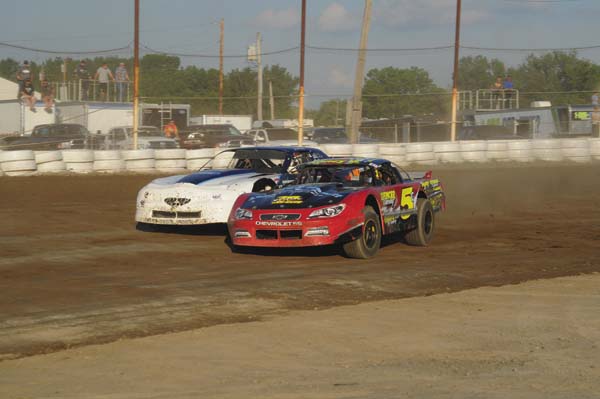 Coonradt led the pack to the white flag but Horning came back to gain the top spot editing turn two and Knight followed him past Coonradt.

Knight dove under Horning in turn three and made slight contact as Horning moved for the block opening the line for Coonradt on the high side.

Gates looked to the bottom for racing room as the front trio exited turn four together and Coonradt won the sprint for the prestigious win. 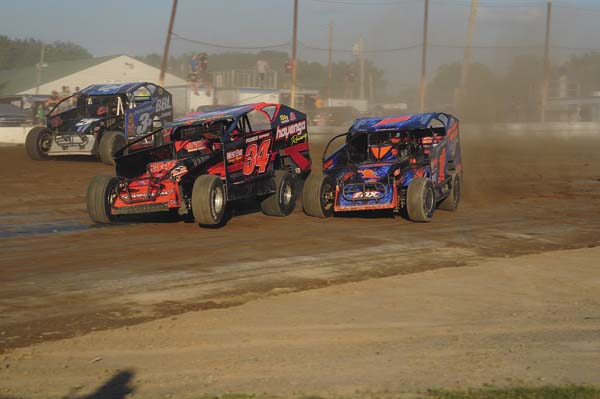 The caution flew on lap four when Bobby Varin made hard contact with the tire barrier at the end of pit road. Varin was able to drive the car back to the pits and rejoined the feature at the back of the field.

Huber maintained his lead on the restart with Hanson, David Schilling Jessica Friesen and Brian Gleason rounding out the top five.

Warner, who started 11th, and Stewart Friesen, who started 12th, were quickly picking their way to the front and we’re both in the top five by lap seven.

Warner took the point away from Hanson, who got past Huber for the lead on lap five, on lap 10 and quickly put distance between himself and Hanson.

Friesen pulled into second and chased down Warner as he began picking his way through Lapped traffic. 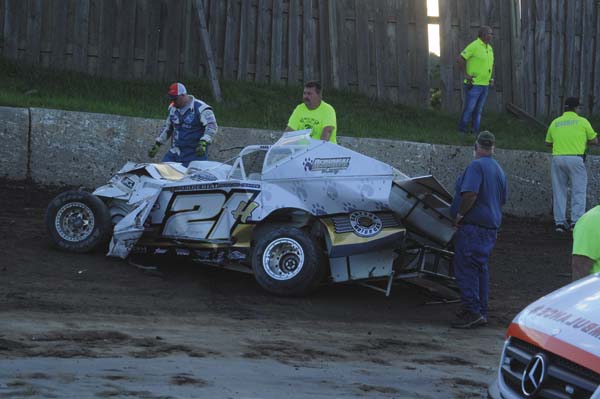 The heavily-damaged 602 sportsman car of Mike Jackson sits between turns one and two after a hard crash Saturday at Fonda Speedway. (The Leader-Herald/James A. Ellis)

Friesen caught Warner with five laps to go and made the pass for the lead a lap later.

Lapped traffic became a factor and Warner was able to find a hole on the bottom and regained the top spot and held on for his fifth career modified feature win. Friesen was second followed by Schilling, Hanson and Jessica Friesen. Gleason, Dave Constantino, Hohenforst, Danny Varin and Matt DeLorenzo round out the second five.

Mortensen and Joe Orlando battled for the early lead in the Swagger Factory 602 Sportsman main event with Mortensen gaining the early advantage. Adam McAuliffe pulled into second after a lap four restart and pressured Mortensen the remainder of the 2- lap feature but could not get past as Mortensen recorded his second win of the season. McAuliffe was second followed by Tony Farone, Brian Calabrese and Orlando.

Racing returns to the Track of Champions Wednesday night for the inaugural Short Track Super Series Fuccillo Automotive Group $10,000-to-win Firecracker 50 presented by Teo Pro Car for the Sunoco Modifieds. Also on the program is a $1,500-to-win feature for the STSS Crate 602 Sportsman division.

The speedway will be dark next Saturday with racing returning July 13.