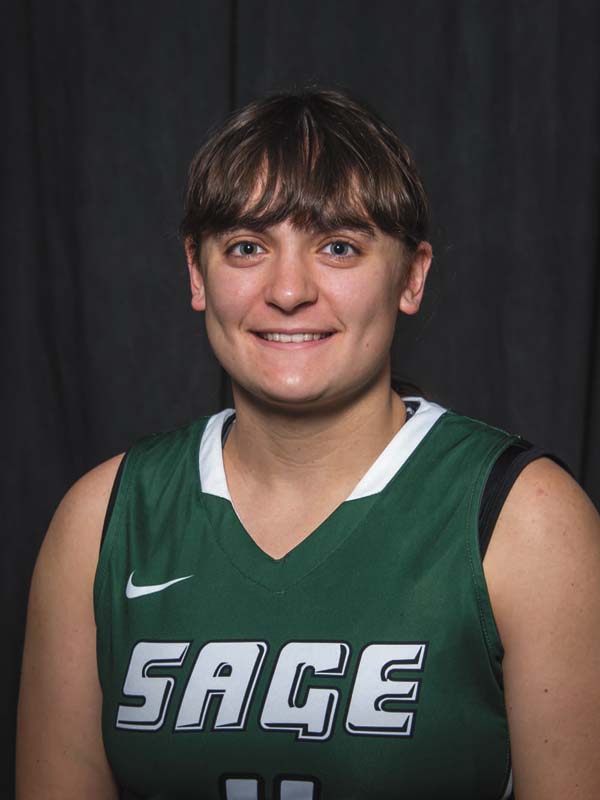 ALBANY — The Sage Colleges’ department of athletics gathered to recognize and honor the outstanding performances of the 2018-19 year with the naming of the athletic award winners for the 17 varsity athletic teams. In addition to awarding the Gator Award, for the Most Outstanding Player, the department also named the 2018-19 Female and Male Rookies of the Year as well as the 2018-2019 Female and Male Athletes of the Year. Sage also selected the Dean Sharon Robinson Senior Male and Female Scholar-Athletes of the Year, which is given to the senior student-athlete with the highest overall grade point average, as well as the Aggie Stillman Perseverance Award.

In her nearly 40-year career at Sage, Aggie was a friend, mentor, professor, class advisor, and the Gators’ biggest fan. She radiated pride and enthusiasm in everything she did, while embodying the Sage spirit of patience and perseverance against any and all odds.

In her honor, Sage bestows The Aggie Stillman Perseverance Award to the person affiliated with Sage Athletics that best exemplifies those traits which made Aggie so special. Aggie waged a personal battle with cancer for more than 20 years finally succumbing to the disease on May 13, 2008.

Men’s soccer player Anthony Williamson (Beacon/Beacon) was selected as the recipient of the Aggie Stillman Perseverance Award for overcoming a serious injury while playing and returning from what should have been a season-ending injury.

Additionally Sage selected the Fan of the Year, which was bestowed to Sage faculty member, Dr. Kim Frederick for her passion to support Sage’s athletic department and the student-athletes.

Sage also awarded the Gator of the Year to members of the varsity teams, often awarded to the team’s most valuable player, the Gators of the Year status was bestowed to the following individuals in these sports:

The Sage College’s Intercollegiate Athletic Honor Society recognizes junior, senior, or graduate level student-athletes, who have maintained a cumulative grade-point-average of 3.3 or better and have participated as a member of a varsity team for at least two seasons.

The Sage athletic department also honored their senior student-athletes at a separate event awarding each performer a Sage blanket and a stole that was worn at their graduation May 11. This year Sage was blessed to add 39 student-athletes to the list of graduates.