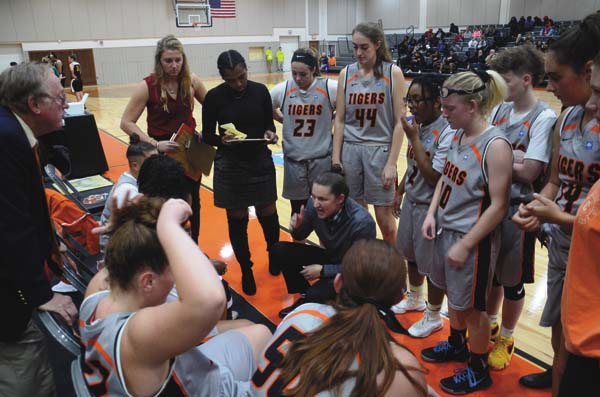 “I am grateful to Katie for her tireless effort to elevate SUNY Cobleskill athletic program as a coach, an instructor and within the Cobleskill community,” said Curran-Headley in a pressrelease. “Coach Kollar is an outstanding basketball coach and a great mentor to all the Fighting Tiger athletes.”

During her tenure with the Fighting Tigers her teams posted a 46-55 overall record including a 28-40 mark in North Eastern Athletic Conference action with a high water mark during the 2016-17 season when she led the program to 14-12 overall record with a 10-8 mark in NEAC action which earned the Orange & Black a bid to the Eastern College Athletic Conference Tournament for the first time since the 2008-09 season. Also under Kollar’s direction, Fighting Tiger players were selected to the All-NEAC Team four times.

“Katie has laid a strong foundation for the future success of the SUNY Cobleskill women’s basketball program. I wish Katie and her family all the best and success at Macalester.” said Curran-Headley in the release.

A national search for the next Cobleskill head coach will begin immediately.