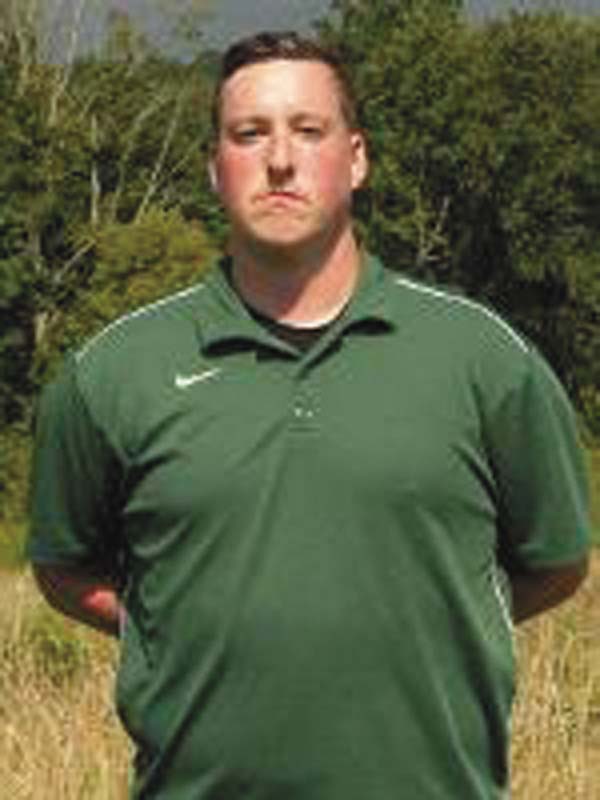 BENNINGTON, Vt. — The selection committee for the Southern Vermont College/Saint Joseph College Athletics Hall of Fame has selected four outstanding alumni and a pair of former legendary staff members to be inducted as the Hall’s Class of 2019-as announced by the SVC Department of Athletics.

Student-athletes Jessica Alvarez ’14, Dan Dubois ’01, Aaron Eschler ’11, and Danielle Healis ’14 were formally be inducted as the newest members to the Hall of Fame during the Department’s annual awards ceremony on April 29.

Former director of athletics and coach Scott Kilgallon and basketball coach Dan Engelstad also will be inducted that night for their outstanding careers.

The Class of ’19 brings the total number of individuals in the SVC/SJC Hall to 38; there are also a pair of teams currently holding membership.

After prudent deliberations, the committee has decided to make a concerted effort of maintaining the Hall of Fame’s tradition by trying to continue inducting deserving alumni and staff throughout the future. This resolution comes after the March announcement that the College will close at the end of the 2018-19 academic year.

The Hall of Fame Committee also hopes to find an appropriate spot in Bennington where the names of the honorees can be displayed permanently as a reminder of the College-which was founded in 1926-and its outstanding athletics contributors.

Eschler was a three-year goalkeeper for SVC’s men’s soccer team and a three-year player for the Mountaineers’ men’s volleyball squad. He helped Southern Vermont go to the New England Collegiate Conference (NECC) men’s soccer semifinal round in 2009 before making it to the title game in 2010. Eschler was then a three-year assistant coach for the Mountaineers’ soccer program and helped them make another pair of playoff appearances-going to the NECC championship once again in 2011 before the team earned a berth in the Eastern College Athletic Conference DIII tournament. He was a 2011 graduate with a bachelor’s in psychology.

Eschler will be Southern Vermont’s all-time leader in wins (16) and goals against average (1.77). The New York native also recorded the most career shutouts (9) and the second-most saves (358) of any Mountaineer who spent time between the pipes. In 2008, Eschler was named the NECC Goalkeeper of the Year in addition to being selected to the All-First Team, and he then snagged All-Second Team honors in both ’09 and ’10.

“I’m grateful for the opportunities that SVC gave me,” Eschler said. “I’m honored to be a part of the Hall of Fame; SVC was a home away from home during my time there, and the College allowed me the chance to flourish in a family-like environment.”

Alvarez was a standout two-year women’s volleyball player who was instrumental in helping SVC capture its first-ever New England Collegiate Conference (NECC) championships. She won the league title as a player on head coach Josh Stokes’ squad in both 2011 and ’12, and she then returned to win a third-straight crown in 2013 as an assistant coach. Alvarez was also an assistant for the men’s team in ’13 and ’14 before taking on the role of interim women’s head coach for the 2014 campaign. She graduated in May ’14 with a Bachelor of Science in Criminal Justice degree.

Dubois was a four-year men’s soccer player for SVC while also participating in track and field during the spring. He helped lead the Mountaineers to the Great Northeast Athletic Conference (GNAC) playoffs in both 1999 and 2000-doing so under the leadership of coaches Tony Kasulinous and Mike Ryan, respectively. Dubois then returned to Southern Vermont to assist the program in 2001 before spending another two years at SVC as the head coach-his 2002 squad making another GNAC postseason appearance. After his stint at SVC, he ventured to Juniata College where he has led the men’s soccer team since 2007.

Dubois, who came to SVC from Massachusetts, will rank highly on the final record lists for the Mountaineers’ men’s soccer program. He tallied 34 goals (fourth most) and 20 assists (third most) during his SVC tenure to claim the fourth spot for the most points in school history (88). Dubois was selected to the All-GNAC Second Team in both ’99 and ’00. He graduated in 2001 with a Bachelor of Arts in Liberal Arts degree.

Dubois chalked up a mark of 1.93 meters in the high jump at Middlebury College’s 2001 track and field meet-helping him qualify for the ECAC and NCAA Division III New England championships. Outside of athletics, he spent three years as a member of SVC’s Student Government Association and four years as an orientation advisor.

Engelstad was the head men’s basketball coach from 2013-18. While at the helm of SVC, he won three championships including a pair of New England Collegiate Conference (NECC) titles. Engelstad seized the 2016 and 2018 NECC crowns after winning the Eastern College Athletic Conference DIII New England Championship in 2015. In the 2016-17 campaign, he became the all-time winningest coach in program history with his 62nd victory, and Engelstad went on to become the College’s only coach with 100 wins while at SVC in 2018. His 2014-15 squad went 25-4-accounting for the program’s most-ever wins in a season.

Healis will go down in Southern Vermont Women’s Volleyball history as one of the best players to ever don the Mountaineer uniform. After transferring to SVC for her junior year, she made an immediate impact on the program which included a New England Collegiate Conference (NECC) title in 2011 under the direction of head coach Josh Stokes. Healis then continued to excel as a Mountaineer and garnered All-America honors while she helped SVC capture a second-straight league championship in 2012. She returned to the program the following fall as a student assistant coach who was on the bench when the Mountaineers won their third consecutive NECC crown.

Healis owns the third spot on the school’s all-time kills list with 561, and she’ll go down in history as the team’s all-time blocks leader with 142-that being 51 more than the category’s runner-up. She was named to the All-NECC First Team in both ’11 and ’12, and she was an All-New England Women’s Volleyball Association Honorable Mention her senior year. Also in 2012, Healis was selected to the American Volleyball Coaches Association (AVCA) All-New England First Team before garnering an AVCA All-America Honorable Mention.

Healis was decorated as the College’s top female athlete for the 2012-13 academic cycle as she was named the Scott McKenzie Sportswoman of the Year.

Kilgallon made a tremendous impact on SVC through his seven years at the College. From 1997-04, he served as both the College’s director of athletics and the cross country and track and field coach. He was responsible for Southern Vermont garnering NCAA Division III accreditation in ’97 prior to securing membership to the Great Northeast Athletic Conference (GNAC) for fall 1999.

Kilgallon implemented a strategic plan for the successful expansion of SVC’s Department of Athletics from eight to 11 intercollegiate programs-including men’s and women’s volleyball and track and field. He helped procure a $150,000 donation for capital improvements to the athletics facilities-the largest gift in school history at the time-while spearheading the start of Southern Vermont’s Student-Athlete Advisory Committee and its Office of Sports Information.

As a coach, Kilgallon organized and saw through the first complete men’s and women’s cross country seasons; with that, he helped organize the first cross country meet held on the College campus. He coached Dan Dix ’03, who won the individual GNAC title in 1999, ’00, and ’01, and he led eight additional All-GNAC honorees including two other SVC/SJC Hall of Famers (Erin Potter ’01 & Kathleen Newton ’04). Kilgallon’s 2001 women’s team captured the GNAC team championship with three runners earning all-conference laurels in the win.

In March 2003, Kilgallon worked diligently for Southern Vermont to win a bid in hosting an NCAA DIII men’s basketball tournament game-an opportunity which brought tremendous attention to the College and Bennington community. SVC would win that game-63-60 over Lasell College-for the institution’s only victory at the national level.

Kilgallon has spent the last five years directing the Department of Athletics at Division I’s Webster University after serving in the same capacity at the University of Wisconsin-Eau Claire for the previous 10 years.

“Induction into the SVC Hall of Fame is truly an honor,” Kilgallon said. “I valued my time at SVC greatly and was fortunate to have an outstanding coaching staff and student-athletes who motivated me to work hard every day as we strived to provide a top-notch NCAA program for our school. The best parts of my time at SVC were the relationships developed with all the student-athletes, the cross country and track teams which I had the privilege to lead, coaches, and supporters of the program.”