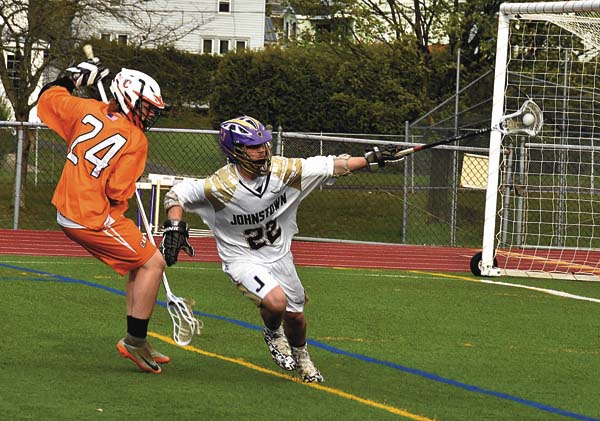 Johnstown's Josh Hoyt (22) keeps the ball in play along the end line as Cambridge's Aiden Gifford (24) closes on the play during Wasaren League action Friday at Knox Field. (The Leader-Herald/James A. Ellis)

Several Amsterdam and Johnstown boys lacrosse players were among those named to the recently announced Foothills Council and Wasaren League all-star teams.

The Sir Bills, who won the Wasaren League title, had 11 players named to the all-star team. 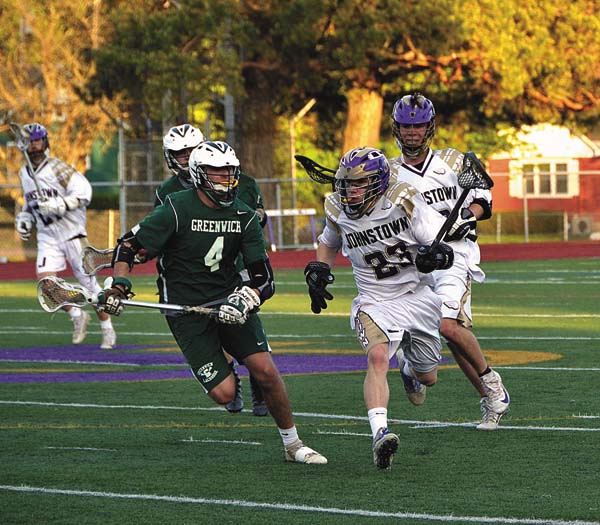 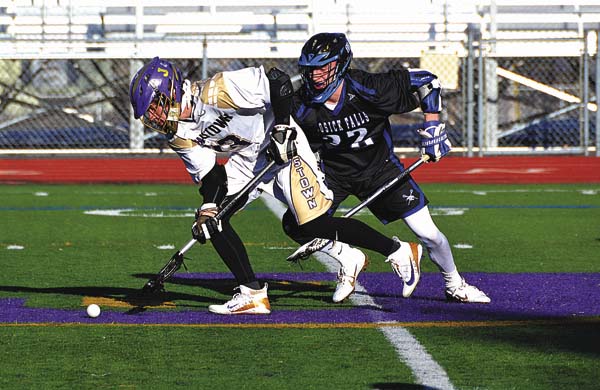 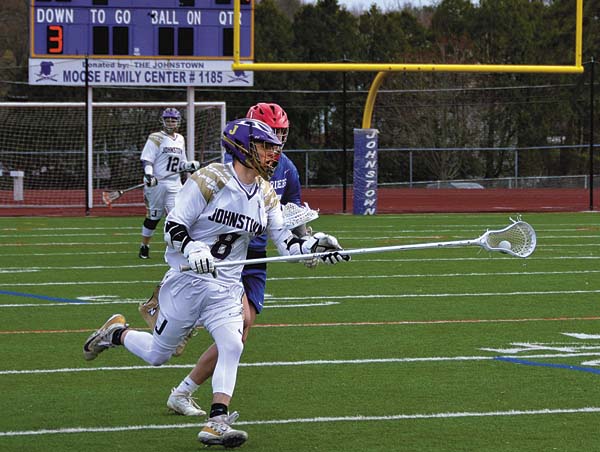 Rounding out the first team was Cambridge’s Gabriel Sgambettera. 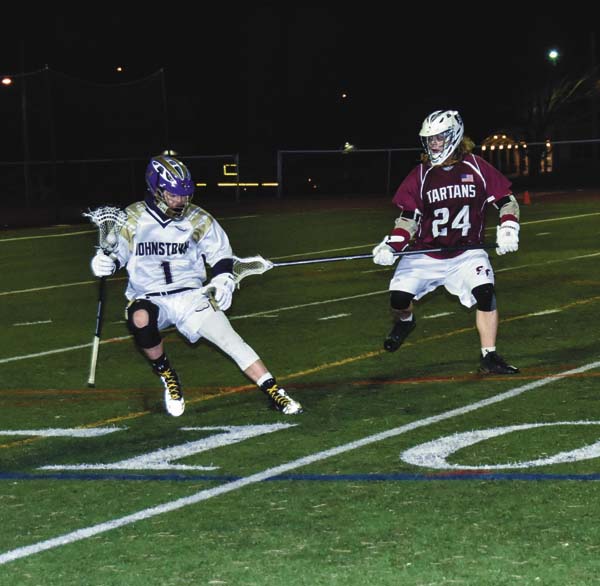