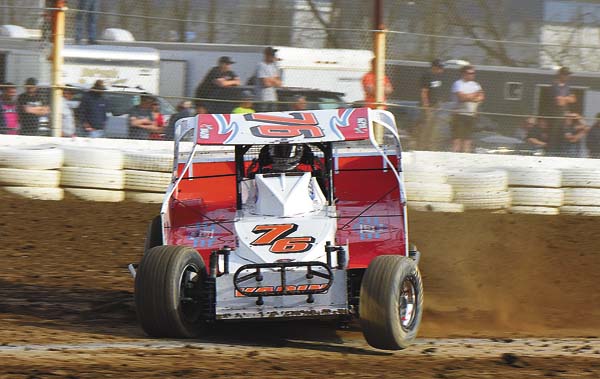 FONDA – Fonda Speedway is scheduled open its gates for the 68th consecutive season of competition on the Montgomery County Fairgrounds half-mile track today.

Under the new management team of BD Motorsports Media LLC for the 2019 season, Brett Deyo and his staff look to “Bring Fonda’s Rich History Back to Life” as it states on the new Fonda Speedway website www.thefondaspeedway.com.

“For a lifelong fan of Modified racing, taking the helm at Fonda Speedway is an honor and responsibility,” Deyo said in a press release after announcing that he had taken over the speedway. “Fonda is an iconic facility rich in history and supported by passionate fans and competitors. I’m hoping to make the most of this opportunity from the Fair Board and continue the ‘Track of Champions’ auto racing legacy.”

Since the announcement last September that Deyo was taking over the “Track of Champions” in 2019, there have been numerous announcements made during the winter months that have fans, drivers, car owners, and anyone involved in the sport excited about the 2019 season at the Fonda Speedway.

With the new management team under the BD Motorsports Media LLC promotion, Fonda Speedway launches into the 2019 campaign with reduced admission, special events, and larger purse structures. It’s truly a “win-win-win” for fans of the Montgomery County half-mile track.

The Sunoco modifieds will kick off the historic 2019 racing season at the Fonda Speedway today with some serious cash on the line. The opening night winner will take home a $4,000 paycheck.

While the stars and cars compete for some big cash on opening night, the fans can enjoy this race unfold before their eyes for no extra admission cost. Adult grandstand admission will remain at $11, Seniors (65-and-older) stay at $9 and children age 11 and younger will be admitted free.

Also on the racing card will be the 602 sportsman ($1,000 To Win thanks to Eric Orozco Racing), pro stock (Best of 8 Series), Montgomery County Office for Aging limited sportsman, and the Trackside Body Works street stocks.

The Fonda Speedway Museum will also open its doors for the 2019 season today. The museum keeps Fonda’s rich history alive and well in the form of displays, videos, photographs, whole race cars, and race car parts and pieces as well.

David, Jackie and Jessica Lape, along with the father and son team of Randy and Travis Colegrove, and Matt Noles have done a fantastic job with the museum, keeping the history of the Montgomery County Fairgrounds alive. The museum is definitely a must see for any racing fan that grew up at the track in the past or is currently growing up there at this time.

“We will continue to open the museum at 3:30 p.m. each week unless the racing program is rained out,” Jackie Lape said in a news release. “We will also invite each weekly winner to come to the museum the following week to greet fans and sign autographs.”

Since 1953, the “Track of Champions” Fonda Speedway has hosted the best in stock car racing. Now under the management of BD Motorsports Media LLC, the speedway will operate weekly on Saturday nights from April through August plus several special events. Fonda Speedway is located on the Montgomery County Fairgrounds off New York State Thruway Exit No. 28 at 21 S. Bridge Street Fonda, NY, 12068.