Schoharie rallies for win over Mayfield 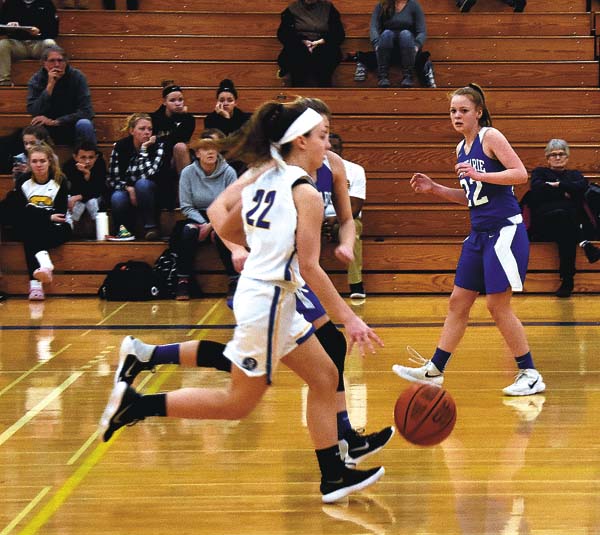 JOHNSTOWN — Halftime adjustments can prove to be just as important as the game plan prior to tip-off.

For the Schoharie Lady Indians, their second-half strategy proved effective as they escaped with a 42-36 victory in a Western Athletic Conference crossover contest over the Mayfield Lady Panthers Saturday at the Fulton-Montgomery Community College gymnasium.

After allowing 25 points in the first half and trailing by 10 points, the Lady Indians focused their attention on the defensive side of the ball. In the second half, Mayfield was held to just 11 combined points.

“We switched up our defense at halftime and I think that was key,” said Schoharie coach Dave Blanchard. “We went into a 3-2 and they [Mayfield] struggled with that more than any defense we threw at them in the first half.”

Heading into the game, the Lady Panthers had gotten the upper-hand on Schoharie twice this season with narrow victories of 41-38 and then 41-39. 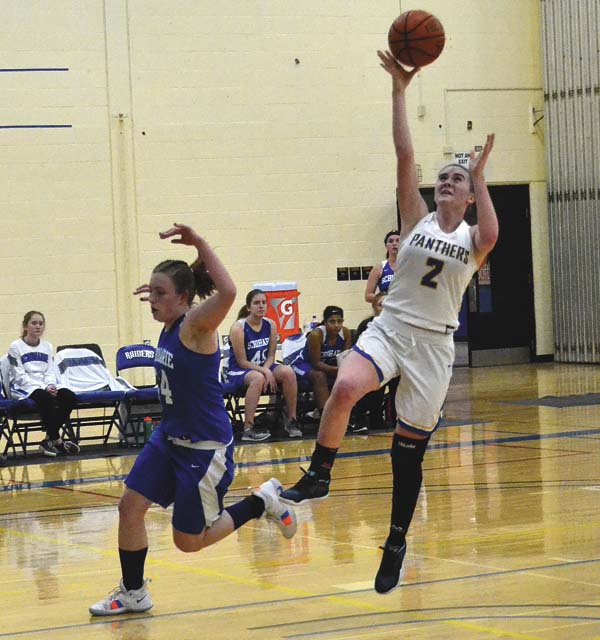 Mayfield's Taryn LaFontaine (2) goes up for a shot over Schoharie's Alyssa Vangasbeck during a Western Athletic Conference girls basketball crossover game at Fulton-Montgomery Community College on Saturday. (The Leader-Herald/Paul Wager)

The effort on defense seemed to get the offense going as the Lady Indians scored 16 points in the third quarter. A large part of the offense came from Julie Lehoe who scored nine points on three 3-point attempts in the quarter.

Lehoe ended with 13 points, five rebounds, and one assist.

For Mayfield, they came out of the locker room after halftime ice cold. With only seven points scored in the quarter, they converted on just three field goals.

“Traditionally we’ve been a really strong third-quarter team,” said Mayfield head coach Brian Moore. “Tonight though, it was the third quarter that would end up hurting us, especially when number 10 [Lehoe] came out and hit three 3-pointers right off the bat.”

Trailing by just one point at the beginning of the final quarter, the Lady Indians looked to Hannah Cater who continued her strong play from the first half as she went on to score six of the teams final 11 points. 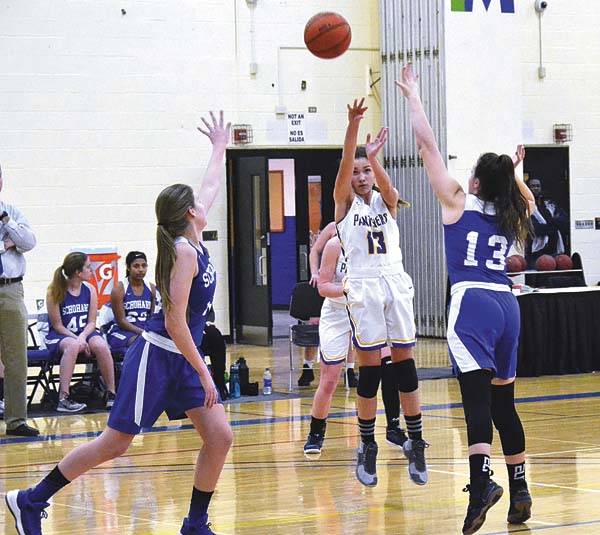 Lehoe finished with a game-high 18 points and chipped in an additional five rebounds and two assists.

“It was an all-around team effort tonight but offensively we had to rely on both Hannah [Cater] and Julie [Lehoe] and they both stepped up for us,” said Blanchard

Coming out of the gates, Mayfield rode the hot shooting of Taryn Lafontaine as she scored eight of the teams nine first quarter points. She ended with a team high 12 points, while securing two rebounds and added an additional three assists.

With scoring contributions of five points from Kelsey Meca and four points from Katarina Agerter, the Lady Panthers were able to break the tie at the end of the first quarter and outscore Schoharie 16-6 in the second quarter.

“It feels really good to get a win like this,” said Blanchard “We had a game last week where we were up nine in the final quarter and ended up losing the game, so to be able to pull this one out tonight was amazing.”

With this loss, Mayfield ends their regular season with an even 10-10 record and will look to correct the mistakes from Saturday before sectionals begin.

“At this point in the season, you have to put this game in the past and we have a good idea of who we are going to play,” said Moore. “We are going to get back in the gym on Monday and get ready for them.”

FONDA — Ellis Dannible finished with 12 points to lead Cobleskill-Richmondville to a non-league victory over Fonda-Fultonville.

Lindsay Becker and Sabrina Pressley each had eight points for the Bulldogs, who led 20-9 at the half on their way to the victory.

DOLGEVILLE — Hannah Stack finished with 25 points and 16 rebounds to lead Dolgeville to a non-league victory over Richfield Springs.