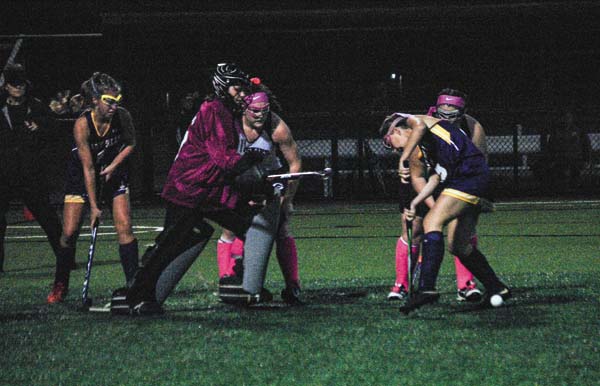 Gloversville goalkeeper Kimi Hastings kicks the ball away in a crowd in front of the goal against Johnstown during Foothills Council action Tuesday at Gloversville High School. (The Leader-Herald/James A. Ellis)

Anna Lee scored twice for the Lady Bills, while Kalena Eaton and Emily Fleming had a goal and an assist. Maddie Etherton also scored for Johnstown, while Kanako Sasaki had two assists.

Ringer scored the final two goals of the first half with 14:38 and 8:59 remaining, respectively. Sasaki assisted on the second goal. 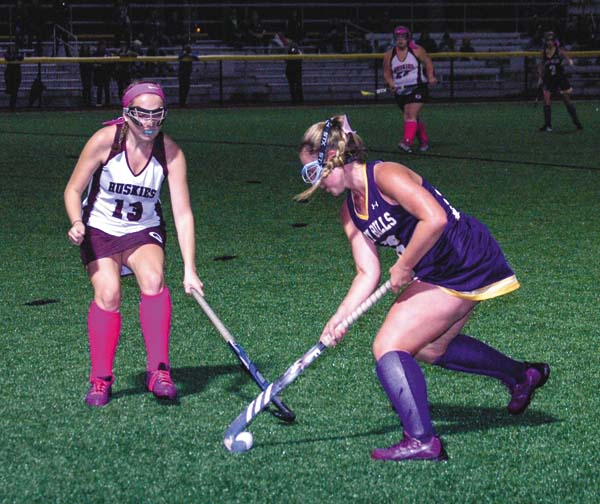 In the second half, Ringer completed her hat trick with an unassisted goal with 22:31 remaining in the game.

Bracie Vose didn’t need to make a save to post the shutout for Johnstown. It was the ninth shutout in 13 contests this season for the Lady Bills, who have played three games in the last four days.

Kimi Hastings made 17 saves for Gloversville.

Johnstown outshot Gloversville by a 27-0 margin and finished with a 10-1 advantage in penalty corners. 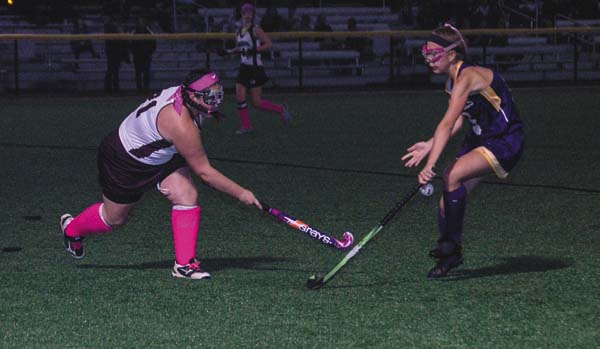