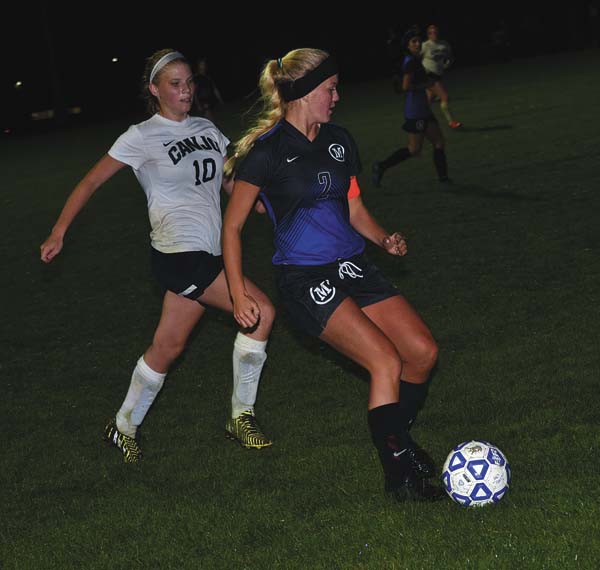 MAYFIELD — Caitlyn Baker scored in the second overtime with just two minutes remaining to lift Canajoharie to a 3-2 victory over Mayfield in a Western Athletic Conference girls soccer contest at Mayfield High School on Monday. 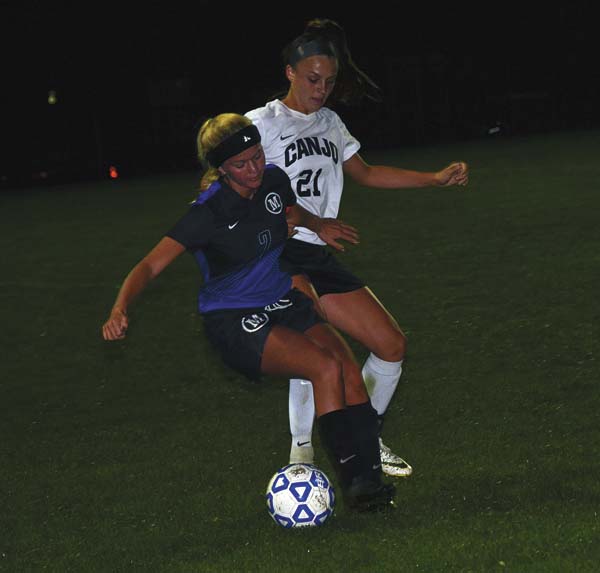 Mayfield (4-5-1 overall, 4-3 WAC) is slated to travel to Oppenheim-Ephratah/St. Johnsville on Wednesday for a 6 p.m. contest at Soldiers and Sailors Field.

Harris and Taylor Lawrence each had an assist for Duanesburg. 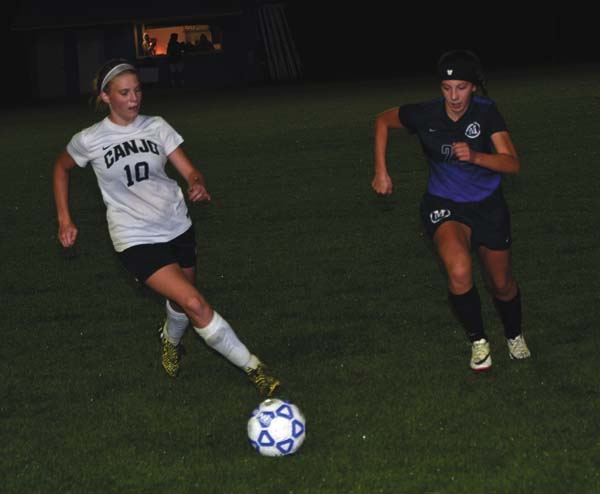 Sarah Ernst had a goal and an assist for Galway (0-10 overall, 0-7 WAC), while Izzy Mancini also scored. Rachel Wnuk added an assist for the Golden Eagles.

Taylor Meyer made eight saves for Duanesburg, while Ruth Reichard and Kimberly Martin combined to make six saves for Galway.

On Saturday, Galway dropped a 2-0 non-league decision to Bolton at home.

Martin (3 saves) and Reichard (2 saves) split time in goal for the Golden Eagles, who are scheduled to host Schoharie on Wednesday at 4:15 p.m.

MIDDLEBURGH — Katie Krohn netted a hat trick to propel Schoharie to a WAC victory over Oppenheim-Ephratah/St. Johnsville in a game played at Middleburgh High School.

MacKenzie Barton also scored for the Indians, while Meghan Krohn and Maddie Phelan each had two assists.

Maddie Bland made six saves to post the shutout for Schoharie.

Annika Nielsen scored twice for the Lady Tartans, while Megan Steele had a goal and two assists.

Annamarie Piccirillo finished with two assists for Scotia-Glenville, while Angelique Davis and Sage Luke each had an assist.

Gwen Currie and Camryn Verdi combined to make four saves to share the shutout for the Lady Tartans.

Alexis Cummings made one save to post the shutout for Queensbury.

WELLS — Joy Trezise and Alexis Brooks each netted a hat trick and had an assist to power Wells to a victory over Minerva-Newcomb.

Ruth Johnson and Jonni Stuart each had an assist for the Indians.

NEWPORT — Rylee Lamphere scored on a penalty kick to lift Dolgeville to a victory over West Canada Valley.

Ryanne Williams made two saves to post the shutout in goal for the Blue Devils.

AMSTERDAM — Alyssa Duval scored the only goal for Fonda-Fultonville in a tie with Amsterdam at Lynch Literacy Academy.

Toni May scored the lone goal for Amsterdam.

Fonda-Fultonville (2-9-2 overall) is scheduled to travel to Duanesburg on Wednesday for a 4:15 p.m. contest.

BERNE — Emily Abrams scored twice to lead Fort Plain to a victory over Berne-Knox-Westerlo in a non-league contest between Western Athletic Conference rivals.

Molly Bates also scored for the Lady Hilltoppers, who improved to 5-6 overall.

Nicole Filkins made three saves for the Bulldogs.