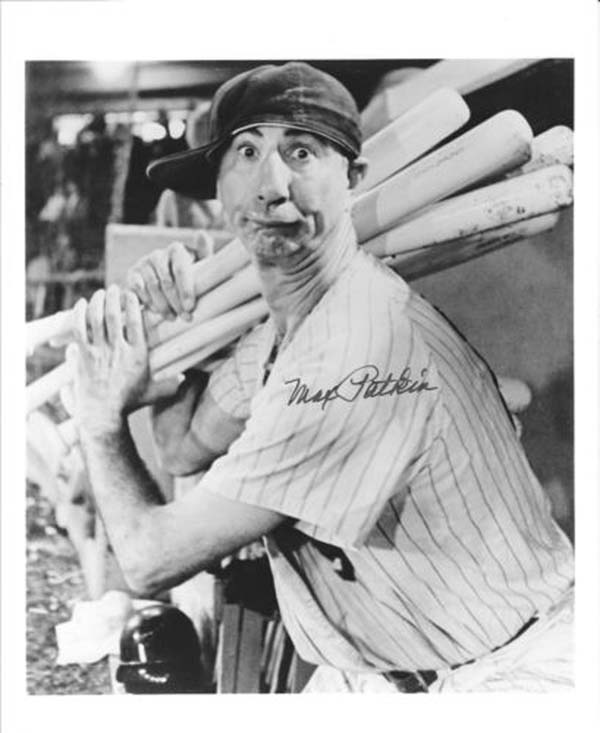 The movie is a comedy that centers around a 12-year minor league baseball player who is sent down to the Durham Bulls of the Carolina League single-A level of professional baseball. The purpose of his demotion is to groom a hotshot rookie pitcher who is destined for greatness, but needs some mentoring.

Their relationship is an intense one, and to add to their issues is a love interest they both have with a local “baseball groupie” which leads to an altercation at a local bar after a game.

If you ever visited the Las Vegas strip between 1996 and 2009, chances are you saw the largest freestanding marquee in the world that advertised Gans comedy and vocal impressionist show that took place nightly at various hotels. 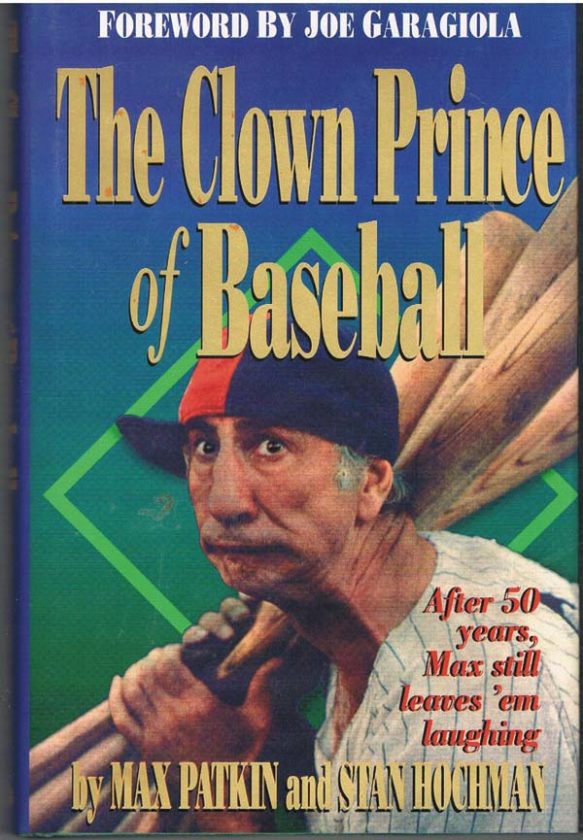 In the movie, Gans played the Durham Bulls third baseman Deke. In real life, he was a minor league prospect in the Chicago White Sox organization until a leg injury ended his playing career.

And if you frequented minor league ballparks from the late 1940s through the early 1990s, chances are you have seen the Clown Prince of Baseball Max Patkin perform his comedy routine. Patkin was also a minor league prospect who’s playing career was derailed due to an injury.

After professional baseball, Patkin joined the Navy during World War II. He was stationed in Hawaii, where he pitched for the Navy’s service team.

In a 1944 game against the Seventh Army Air Force Team, he faced New York Yankee legend Joe DiMaggio. DiMaggio homered off of Patkin, who in mock anger threw his glove down and then followed DiMaggio around the bases. The fans loved this comic relief and a new career was born for Patkin as a baseball comedian.

After the war, he was hired by Hall of Fame owner Bill Veeck to be a base coach for the Cleveland Indians and to interject his comedy act into games for a few innings each night to entertain the fans. 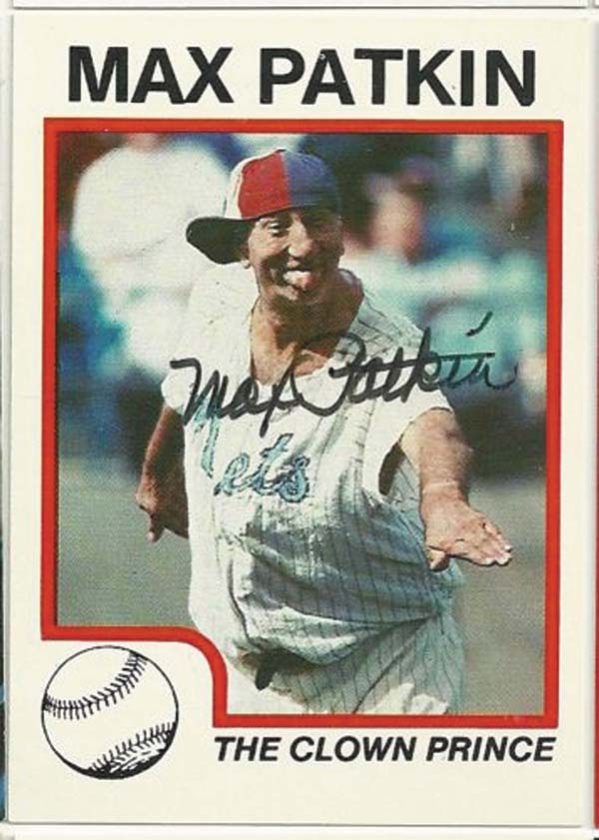 After Veeck sold the Indians in 1949, Patkin set out on his own and began barnstorming around the country putting on a vaudeville type comedy act as a base coach at minor league stadiums throughout the United States and Canada. It is estimated that between 1944 and 1993 that he made over 4,000 appearances and logged over 100,000 miles per year.

In the movie, the entire Durham Bulls team ends up at a local bar after a game. Patkin (who plays himself) had just performed his comedy routine at that night’s game and was sitting at a table in the bar sharing a drink with Annie Savoy (Sarandon). He then invites Crash Davis (Costner) over to their table and introduces them, setting off hostility between Davis and hot-shot prospect Ebby Calvin ‘Nuke” LaLoosh (Robbins), and an eventual love interest between Davis and Savoy.

Patkin can be connected to Upstate New York through appearances he made at local ballparks over the years. From the 1950s through the 1980s, he made appearances in Albany, Schenectady, Glens Falls, Amsterdam, Little Falls and Utica.

And on Sept. 5, 1950, he brought his act of base coaching tricks to Glovers Park in Gloversville on the site that is now home to Runnings Outdoor, Hannaford Grocery and the House of Pizza Restaurant.

Attendance for Glovers games had been slipping all season due to the popularity of television.

This allowed baseball fans to stay home and watch Major League Games from the comfort of their own living rooms, leading to the eventual demise of minor league baseball in many cities in our area and across the country. In an attempt to boost attendance at the ballpark, Glovers President Bob Rothschild booked Patkin to perform at a game, making a promise that everyone attending would be treated to an enjoyable evening of clowning and fun showmanship. That night’s game was played between the Gloversville Glovers and the Pittsfield Indians. Cold weather that evening limited attendance to 731 fans wearing winter coats in a game in which the Glovers lost 7-1.

However, the fans in attendance were entertained with Patkin’s variety of comical antics. His oversized uniform with a question mark in place of a uniform number, his hat on sideways and his pecking walk in which he looked like a long-necked crane drew laughs as he performed on the sidelines during the game. He also treated those in attendance to his telltale dance moves in which he danced the jitterbug, did imitations, twisted himself up like a pretzel and teased and frustrated the opposing pitcher and manager. Because Patkin’s coaching-comedy act took place during the actual game, many old-school style managers did not appreciate Patkin’s antics.

According to longtime minor league and major league manager Jack McKeon (and 1950 Gloversville Glover who played in the Patkin game), “I managed many games in which Patkin performed. We actually became very good friends and he made me a part of his act in games we were both involved in.”

Whereas some managers did not like his act interfering with the flow of the game, McKeon embraced it.

McKeon states, “I simply went along with his act and anything he wanted to do in order to help him liven up the crowd. We often stayed in the same hotel on the road and he would always be at the bar dancing after games (similar to Robbin’s ‘Nuke’ LaLoosh character in Bull Durham).

Patkin and Jackie Price were two of the most entertaining performers who traveled the minor leagues and were fun to watch.”

The next time you are watching the movie ‘Bull Durham,’ be sure to take note of Patkin and his role in the film. And be certain to pay close attention to his comedy routine, as it is the same routine that he once performed right here in our own backyard.

Future Upstate N.Y. Sports Lore columns will connect other iconic baseball movies to the Fulton County area. Such movies will include ‘Field of Dreams,’ ‘The Natural,’ ‘The Pride of the Yankees,’ ‘Eight Men Out’ and ‘The Sandlot.’