Griffin to return for 10th season 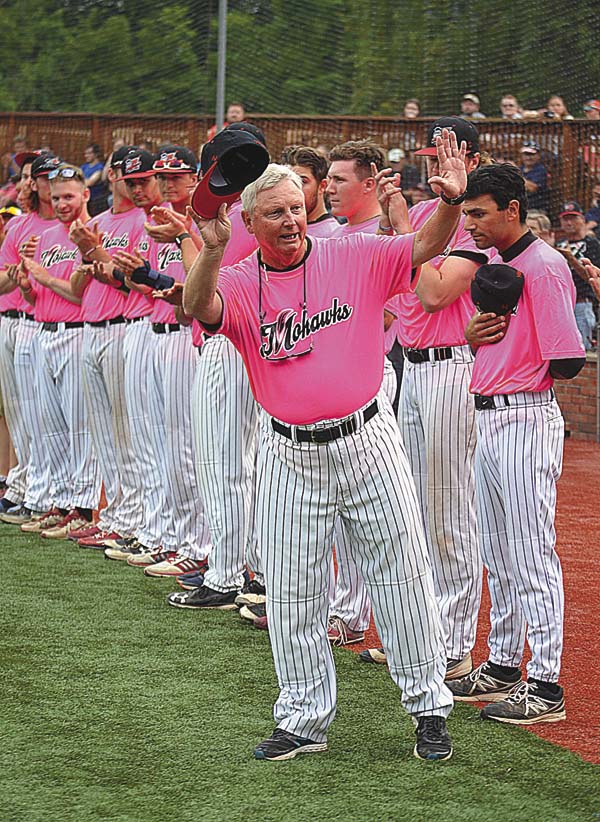 Amsterdam Mohawks coach Keith Griffin will return for his 10th season with the team in 2018. (The Leader-Herald/Bill Trojan)

AMSTERDAM — The Amsterdam Mohawks announced Wednesday that Keith Griffin has agreed to return for his 10th season as the Mohawks head coach in 2018.

This past season, Griffin reached the milestone of winning his 300th game as the Mohawks head coach and won his 1,000th game overall.

The Mohawks finished with the best record in the Perfect Game Collegiate Baseball League this past season as they went 36-12 and were ranked as high as fourth in the nation.

Some key injuries caused an early exit from the playoffs for the Mohawks, who lost in the East Division Championship Series to the Mohawk Valley DiamondDawgs, who went on to claim the PGCBL title.

With the Mohawks, Griffin has a 333-128 record and six league championships. Griffin, who resides in Pensacola, Fla, was born on Jan. 11, 1955, in Guntersville, Ala., but grew up in Gadsden, Ala.

He is a graduate of Livingston University (AL) (1978) and holds a master’s degree from the University of North Alabama (1980).